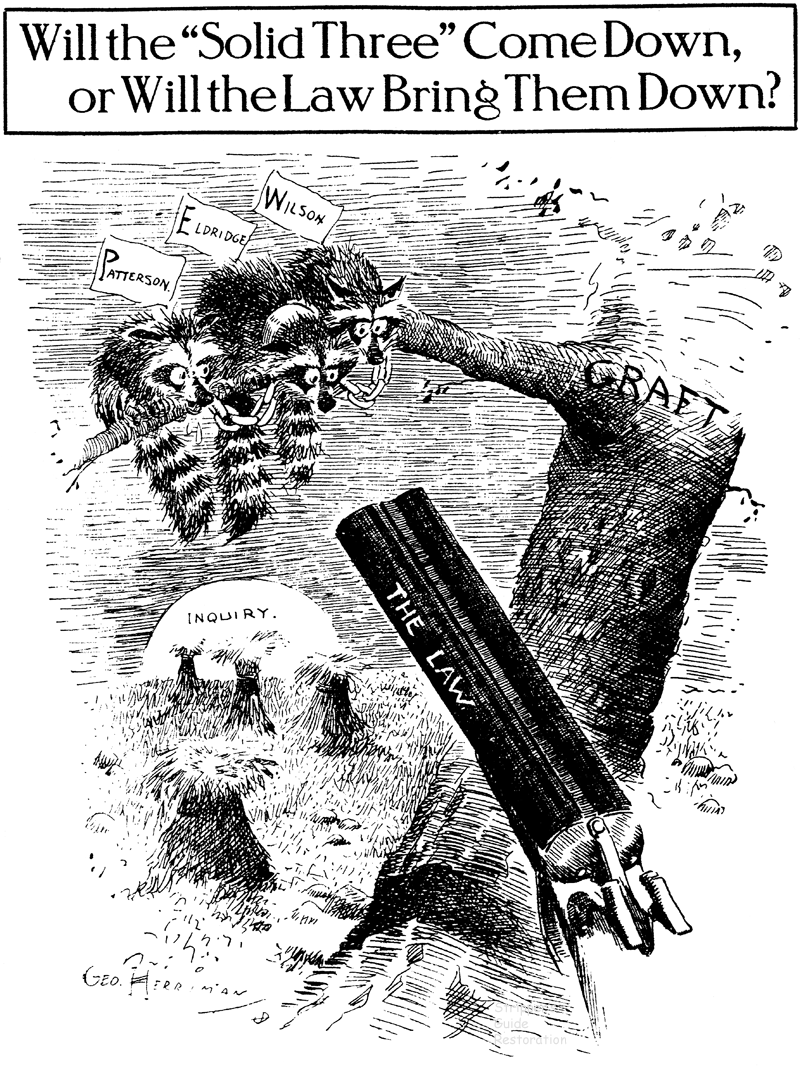 Thursday, September 10 1908 -- County commissioners Patterson, Eldridge and Wilson, dubbed the "Solid Three", put together a bond issue for the county and sold it off, probably to favored friends, at a high interest rate. They did this without proper public meetings and without going through the normal channels to determine a fair interest rate. On discovering this breach of the public trust, Angelenos are, not too surprisingly, up in arms. 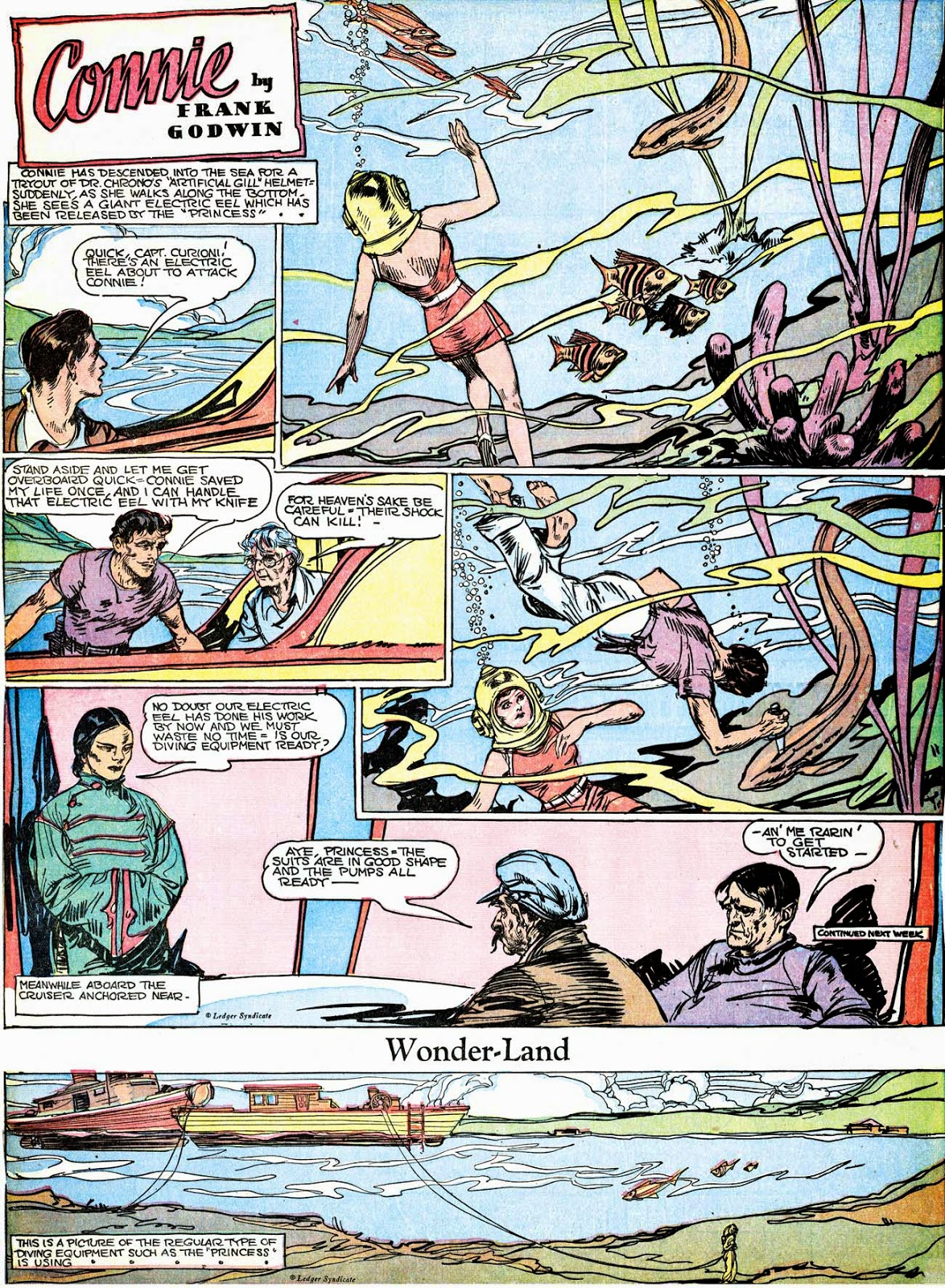 We at Stripper's Guide wish you all the most wonderful Christmas, Hanukkah, Kwanzaa, Tet,  Festivus, or other holiday celebration, pick whichever one(s) you observe.

I present a Chistmas strip series here every year, and this year's no different. No wait, yes it is. Because this year's Christmas strip is also a mystery strip. Y'see, it's like this. In 1939, the Orlando Sentinel ran a one-week Christmas strip titled A Christmas Adventure. This rather unimaginative title went along with a mere one week of strips, which the Sentinel cared sooo much about that they ran 'em all on one page of their December 3rd edition.(Back in those days, people were hardly even started getting in the Christmas mood that early!).

The strips carried no copyright slugs, and they were uncredited. So it would seem that whatever syndicate issued them, they cared about them, oh, about as much as the Sentinel did. The series was also rather spectacularly unpopular. I've been looking to find this series in another paper for decades now, and I've never found it anywhere else.

So this is a true mystery strip. I don't know the artist, the writer, or the syndicate. NEA, Central Press Association and Bell Syndicate are all accounted for with known 1939 Christmas strips, leaving only King Features and Associated Press as syndicates who are known to have done Christmas strips, but didn't issue a known series that year.  But the thing is, both King and Associated usually did a 3-week strip, and this one is a mere week long. And if it was issued by one of these syndicates, I find it unlikely that I'd never found it running in another paper.

So anyway, enjoy the Christmas strip this week, and if you can provide a solution to this mystery, that would be a great Christmas present to the Stripper!

This is just a wild guess... Since the lettering style reminds me of Chad Grothkopf's, could this be an abridged version of Toytown Christmas, the strip that Grothkopf Drew in 1938 for the Ledger Syndicate?
Unfortunately I can't compare the two strips, as I've never seen Toytown Christmas.

Hi Alberto --
The lettering on the first few strips is really nice, then it devolves into standard stuff later. I don't have any Toytown Christmas to compare with this, as I researched it on microfilm at the Philly Free Library (no working copiers), but I doubt it. Weird thing is that the Sentinel used a lot of NEA material, so you would think they'd use the NEA Christmas strip. Well, come to think of it, maybe they ran that too.