One last batch of these Cole Johnson envelopes today. The Katzies, if they aged in real time, is one of my favorites. After I stopped laughing I found the cartoon quite haunting. Those eyes....!

As regards the Obama envelope, Cole and I didn't see eye to eye politically, but at least he had a sense of humor about his views -- more than can be said for most of the folks on his side of the great divide.

This, then, is the best I have to offer to send off my good friend. Cole deserves much more. I regret that this came at a time when I have so many other obligations, and my thoughts also have to be in so many other places. It is not by choice.

I had a long talk with Mark the other day, and there is one aspect of this situation I still want to address. I want to write an essay about what happens to one's collection after passing. It is a source of great concern to Cole's family, of course. I have put a lot of thought into the fate of my own large collection, as well, and I have some thoughts on the matter that I think are worth sharing. Hopefully I will be able to carve out some free time to write. 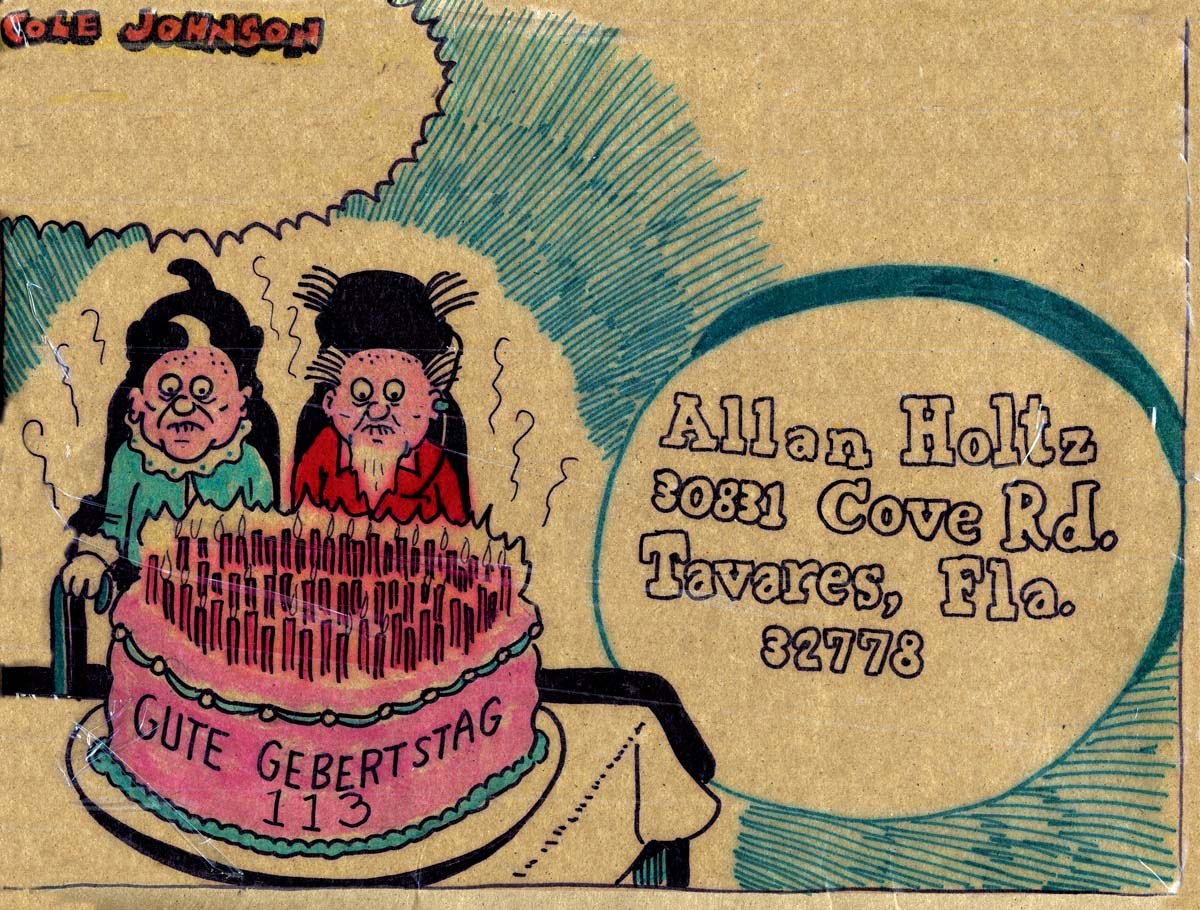 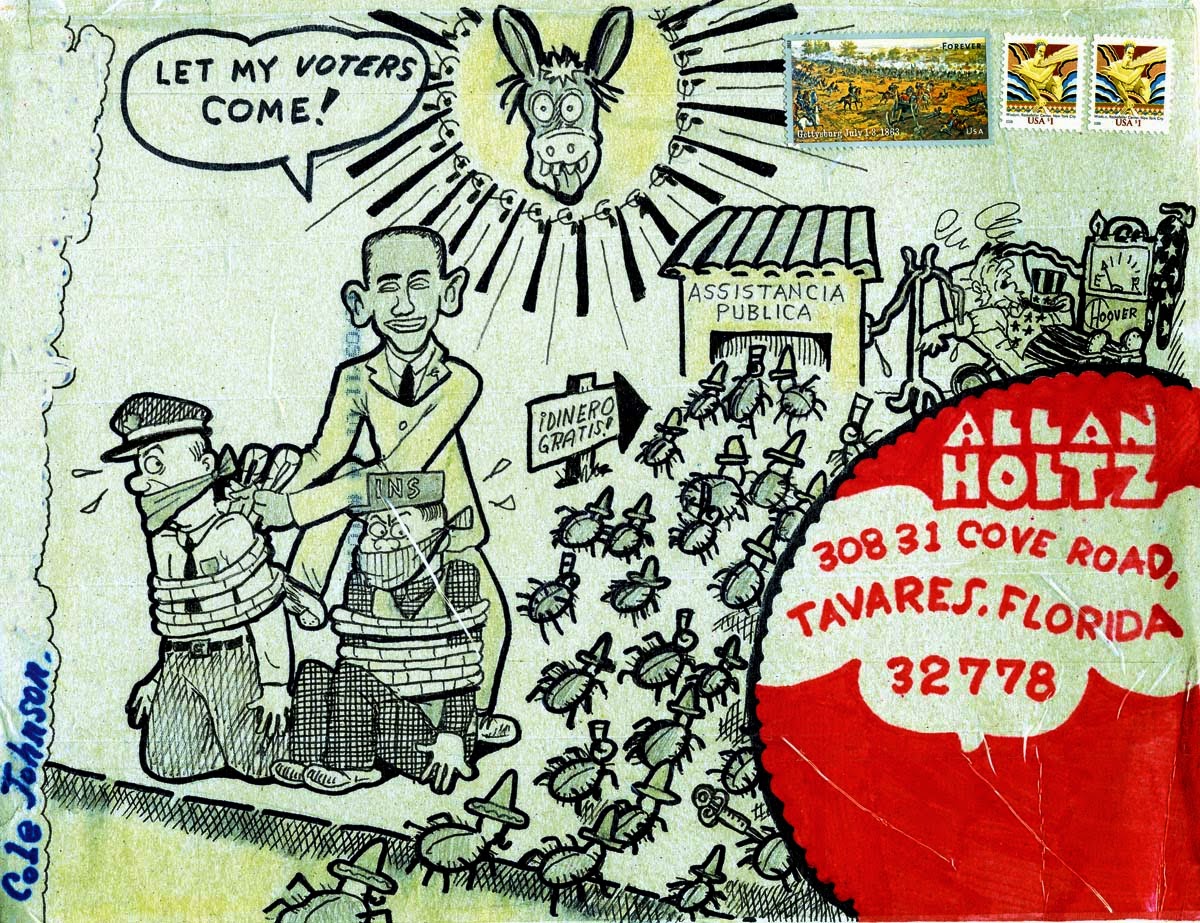 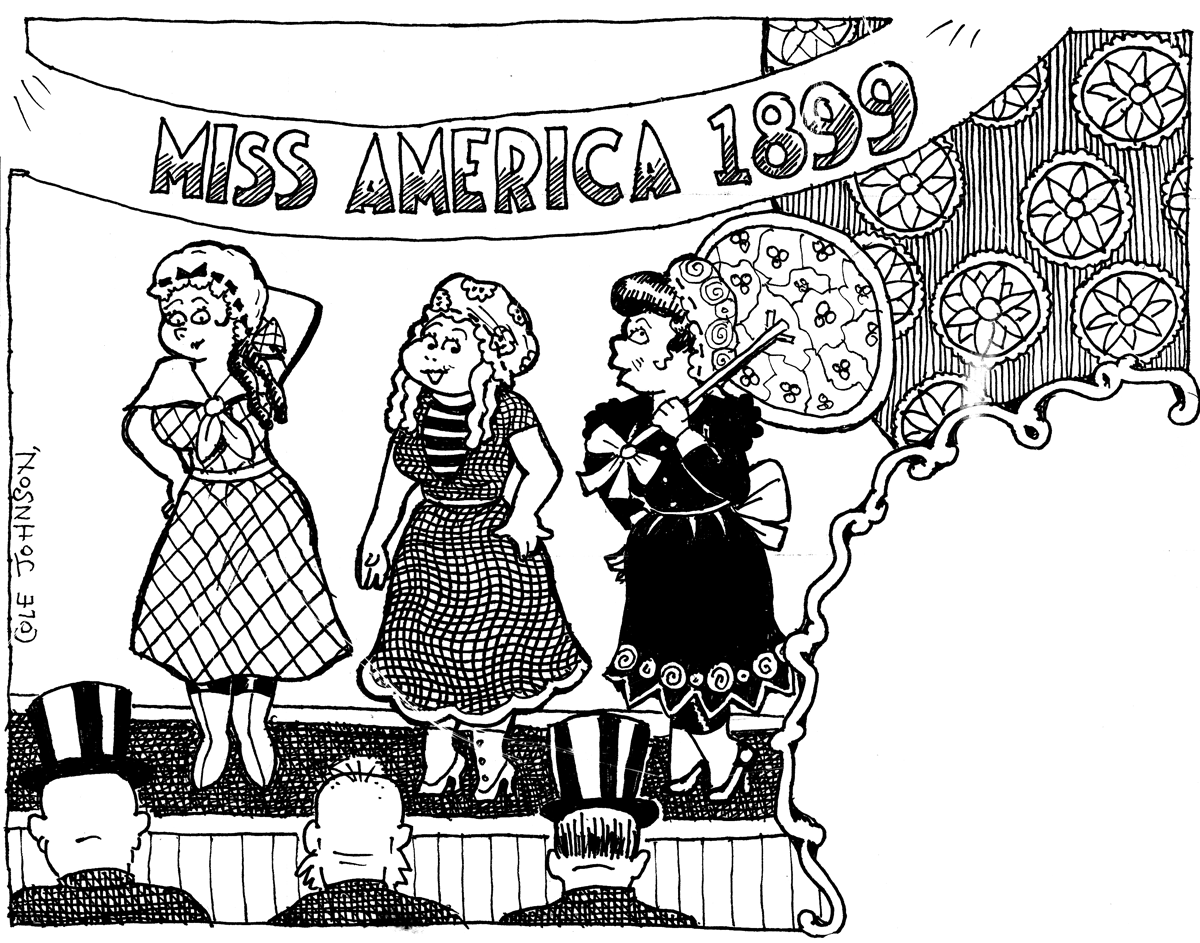 On this page, from Slapsticon 2004, Cole and friend are about to start a Classic pie fight (with cake):
http://www.slapsticon.org/Slap04Photos.html

As of now, I don't know what I will do with the comics, records, movie materials or the other herds of white elephants Cole amassed over the last half century. It's too early, I guess. I want to thank you for your heartfelt eulogy. He would appreciate it also. it is a shame he didn't apply his thoughts to paper more often; he thought he'd just go on forever.
about the cartooned envelopes- I'm agog that everyone who ever got one saved them, and want to tell me about them; maybe I should organize a tribute art book of his many art covers over the years.

If you're not sure what to do with his collection, might I suggest a museum? The Cartoon Museum of San Francisco might be interested, for instance.