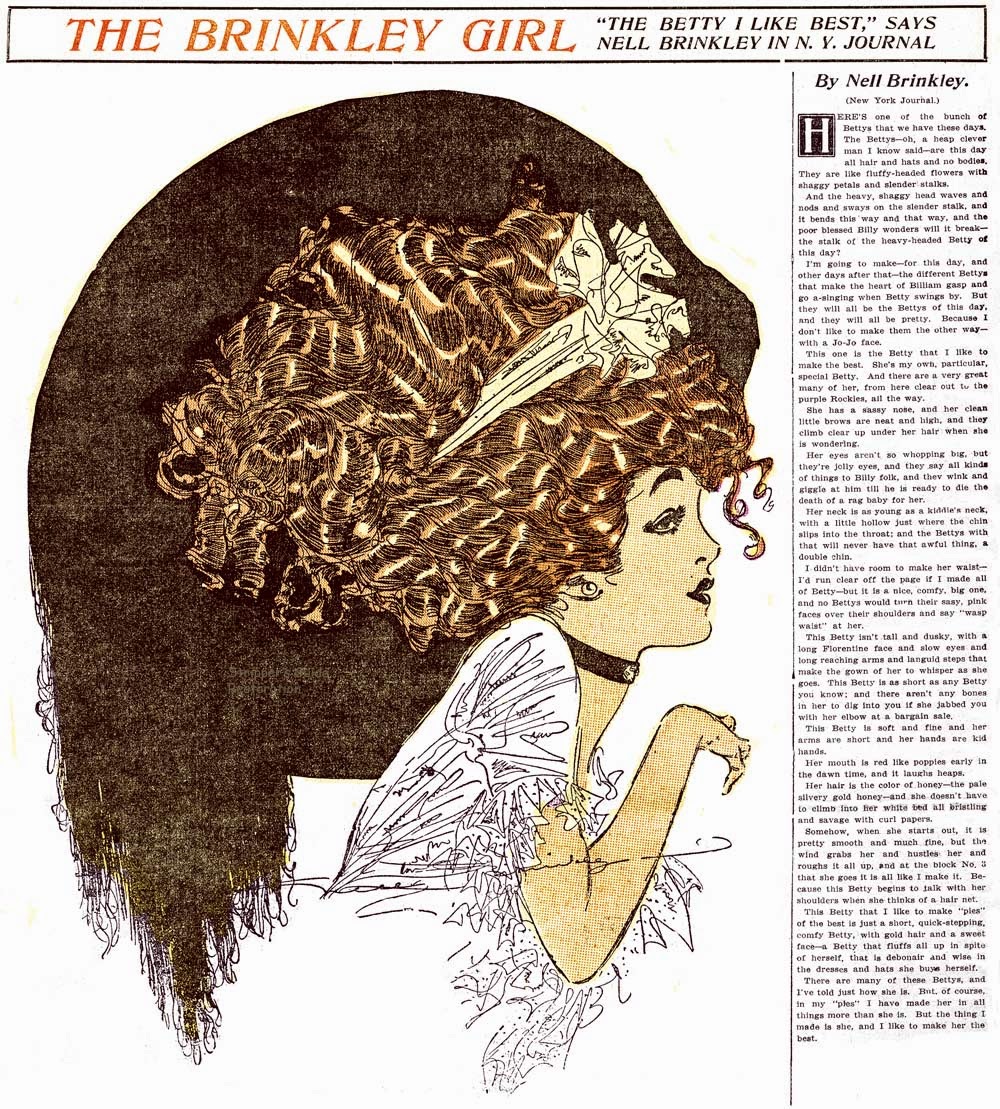 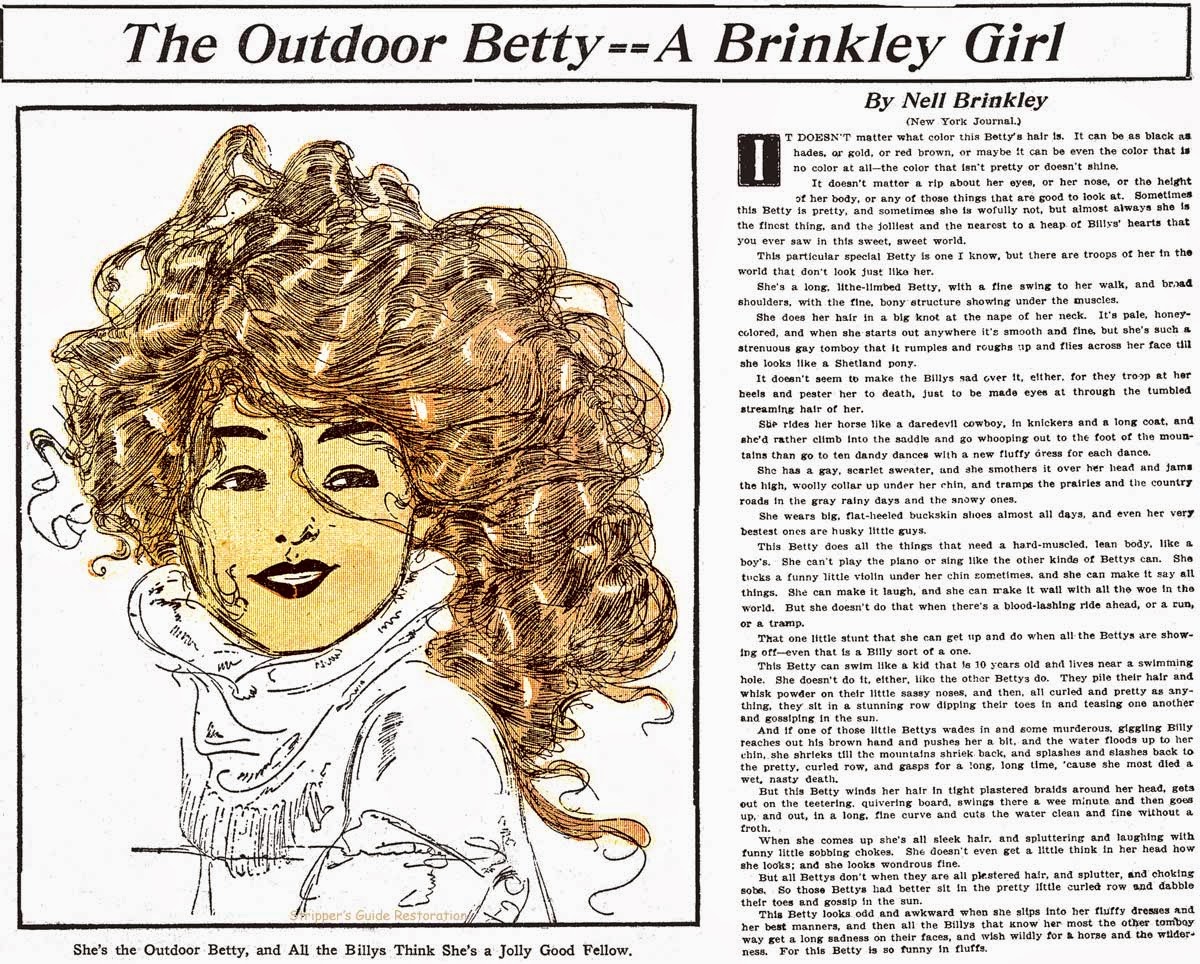 Nell Brinkley's prowess with pen-and-ink as well as typewriter propelled her into the big-time in very short order. In 1907 she began making drawings for her hometown Denver Post, and before the year was out, she was in New York City, with a contract in hand from William Randolph Hearst. By 1908 her illustrationas and accompanying essays were in newspapers all over the country.

Above are some examples of her work in 1908. Don't ignore the essays -- they are quite interesting, and help to explain her popularity. She had a self-affirming message to women, telling them that they could be beautiful and desirable whether or not they measured up to her drawn ideals.

For men who often sheepishly read her work in secret, they were treated to an insiders look at how the female mind works. Brinkley's honest and unfiltered rambling thoughts were invaluable lessons to men in those buttoned-up days when the average guy was completely mystified at what made women tick.