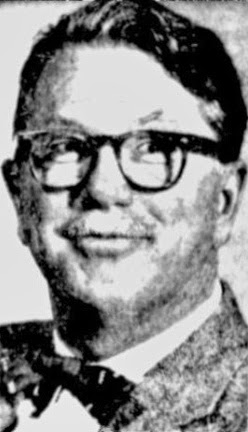 William Hugh “Bill” Juhre was born in Milwaukee County, Wisconsin on February 21, 1903, according to Wisconsin Births, 1820-1907 at Ancestry.com. His name was recorded as “Wilhelm”. His middle name is from a family tree at Ancestry.com. According to the Milwaukee Journal, October 27, 1927, “...his name is pronounced ‘Joo-ray,’ with the accent on the second syllable…”. In the 1905 Wisconsin State Census, he was the youngest of two children born to Alice, a widow and dressmaker. They lived in Milwaukee.

In the 1910 U.S. Federal Census, he lived in Milwaukee at 934 Fratney Street. His mother was a laundress. Sometime after the census his mother remarried. The Journal, February 28, 1919, reported his World War I exploits.

Milwaukee Yank, 16, Is Hero of 5 Battles

Though only 16, Private WIlliam Juhre, 538 Stowell av. recently discharged from service, spent a year in the trenches, was gassed and wounded, and took part in five big battles. He was only 14 when war broke out, but he gave his age as 18, and did not tell his mother about it until ready to leave.

“Twenty of our 250 men came through at Chateau-Thierry, and I was one of them,” Private Juhre said. He was wounded by a piece of shrapnel in this drive. At Soissons he was wounded by a machine gun bullet, and at Champagne he was caught in mustard gas.

A follow-up story, in the Journal, appeared March 8.

Milwaukee’s first public reception for returned wounded soldiers, sailors and marines will be stage in Plankinton arcade Sunday, 3 p.m., under the auspices of the Society of Loyal Americans. Arrangements have been completed for every wounded man in Milwaukee to be on the platform, where several of them will give five minute talks.

“It is time for Milwaukee to honor these boys and we hope every American will be present,” said W.J. Kershaw, president.

Probably no returned soldier is of more interest than Juhre, 16, who sailed for France with the Ninth infantry in September, 1915. He was in every battle participated in by Americans except the Argonne and was wounded four times.

“Don’t say anything about me unless you tell about my bunkie,” said the youth. “Frank Haupt, whose home is 560 Oakland av. went over when I did; he was only 16 when we left, and he is still there.”

The 1920 census recorded Juhre in Waukegan, Illinois at 114 Seward Street. He was the second oldest of five children. His step-father was Max Pietschman, a carpenter, who had three children from a previous marriage. Information on his art training has not been found. During the 1920s, he returned to Milwaukee and was on the art staff of the Journal. One of his features was for the radio section; initially called Radio Age (May 4, 1924, page 49), it was retitled, a week or two later, as Radio Phun. It was very short-lived, ending June 8.


Juhre did a comic strip based on the characters Brownie and the Poor Cuss. A brief history of the characters and the writer who created them is in the book, Fill ’er Up: The Glory Days of Wisconsin Gas Stations (2008).

According to the 1930 census, Juhre married Grace when he was 19 years old and she was 21. They lived in Downers Grove, Illinois at 45 South Prospect Avenue, with their son and daughter. He was a freelance artist. Filling in for Rex Maxon, Juhre produced Tarzan daily strips from June 22, 1936 to January 15, 1938. A few samples are here. The Sheboygan Press (Wisconsin), March 8, 1956, said, “…for several years he was art director of the Chicago American-Herald. For eight years he taught figure drawing, illustration, anatomy and cartooning at American Academy of Art in Chicago.”

Juhre, his wife, son and three daughters lived in Dundee, Illinois at 418 Oregon Avenue, as recorded in the 1940 census. In 1935 he lived in Hinsdale, Illinois. He had four years of high school and was a commercial artist at an advertising agency.

American Newspaper Comics (2012) said Draftie was written by Paul Fogarty and drawn, initially, by Juhre, who was followed by Loren Wiley and Len Dworkins. Draftie ran from February 3, 1941 to May 5, 1946.

Around 1946, The Orbits comic strip appeared. The Register-Republic (Rockford, Illinois), April 9, 1953, reported Juhre's visit and said, “…Juhre, creator of 'The Orbits,' a daily cartoon feature…and a color panel in the The Morning Star Sunday comic section, has been drawing the strip for seven years.” The strip ended in May 1953.

The Sheboygan Press, June 30, 1954, announced his upcoming chalk talk and said, “…Mr. Juhre is now in a semi-retired status as curator of art at the Neville Public Museum where he conducts classes in various phases of art work three days a week…”


With national success came some of the problems of success, too. Though he moved his studio to Dundee, a modest sized city of Illinois, he was only 40 miles from Chicago. It wasn't quite far enough.

The pressures for other elements of his art became great. So did a perplexing feeling that he was not using all of his skills as an artist.

“I didn’t really like Chicago,” he said Tuesday, reflecting on those distant days. “Yet it seemed the logical place for an artist. The hub bub was there, but so was a very large market.”

Dissatisfactions grew. One day he discussed them with his artist-wife, Grace, who comprehends the Juhre sensitivities. Superficial plans were made to scuttle the cartoon strip and go back—somewhere, somehow—to being a full artist.

On a casual trip to this small city to visit a friend, the Juhres found a plot of land which seemed to respond to their hungers: Five acres of a grass capped hill atop a rocky escarpment of Niagara limestone.

From its summit the Juhres looked far, far over parts of the Fox River valley, deep into Green Bay 10 miles north and over the city of De Pere four miles away. In between the hill and the cities, there were acres of undulating farmland.

It was too beautiful. Juhre promptly murdered the Orbits, bought the land, designed a house and—in time—moved into this rural setting where even the roads to the hill are obscure.

So it is that Bill and Grace Juhre have found that their hilltop aerie has been exactly what has been best for them both. They found that high on the craggy, rocky summit, they could manage to have both blessings—people and isolation.

Juhre passed away January 30, 1976, in De Pere, Wisconsin. He was buried at the Wisconsin Veterans Memorial Cemetery.

Comments:
I always considered Juhre the luckiest artist on the planet!
For reasons not evident in his art, he got gigs on Tarzan [after the syndicate refused to meet Maxon's pay demands), Flash Gordon [according to Hames Ware and Paul Liefer, though I suspect this was on a Big Little Book], Buck Rogers [his Orbits was distributed by Dille; right place, right time] the Lone Ranger [Big Little Book] and got covers on Amazing Stories (June 1939, May 1939 back cover and interiors February 1946).
The advertising agency, by the way, was Lord and Thomas Agency.
He was also a staff artist for The Post Crescent (Appleton, WI) in 1961-3, and the Boston Globe.