Rex Hayden Maxon was born in Lincoln, Nebraska on March 24, 1892, according to his World War I draft card. The Lincoln, Nebraska Directory 1893 recorded the Maxon family at 1641 Poplar. The date of their move to St. Louis, Missouri is not known.

The 1900 U.S. Federal Census recorded Maxon in St. Louis at 6719 Sixth Street. He was the youngest of three children born to Norris and Estella. His father was a bookkeeper. ERBzine.com profiled Maxon and said, "…When Rex was still a boy, his brother, Paul, and well-known artist-to-be, Clare Briggs, actually studied cartooning together….He spent much of his youth sketching the old river steamers on the Mississippi waterfront but his parents thought that one artist in the family was enough and encouraged him to become an electrical engineer. Rex stuck to his dream, however, and obtained a summer job during his high school years painting the river steamboats for the Government…." According to GenForum, at Genealogy.com, his brother Paul passed away October 14, 1898 in El Paso, Texas.

In the 1910 census, the family remained in St. Louis but at 6618 Virginia Avenue. ERBzine.com said, "…He enrolled for private art lessons from J. LeBrun Jenkins and studied at the St. Louis School of Fine Arts. He later joined the staff of the St. Louis Republic newspaper…." Gould's St. Louis, Missouri Directory 1917 listed Maxon as an artist at 6012 Waterman Avenue. He was on his own by the time he signed his World War I draft card on June 5, 1917. He lived at 104 Waverly Place in Webster Groves, Missouri. His occupation was an artist at the Collier Advertising Company in St. Louis. He was described as short height, slender build with brown eyes and black hair. ERBzine.com said, "…Inspired by Republic colleague Hazel Carter who had moved to New York to work for Evening World paper, he moved east in 1917…." GenForum said they married April 23, 1919.

In the 1920 census, the couple lived in Sea Gate, Brooklyn, New York on Nautilus Avenue. He was a newspaper artist and she was a newspaper feature writer. The Ethridge Association of Artists employed him, as seen in an advertisement, below, in Printers' Ink, September 23, 1920. 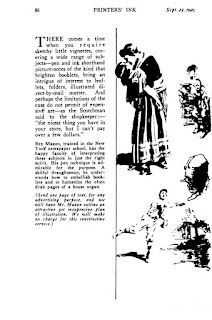 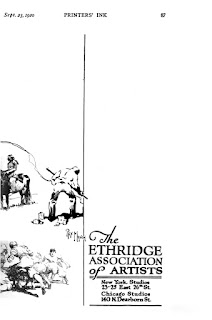 Rex Maxon, trained in the New York newspaper school, has the happy faculty of interpreting these subjects in just the right spirit. His pen technique is admirable for the purpose. A skillful draughtsman, he understands how to embellish booklets and to humanize the often drab pages of a house organ. 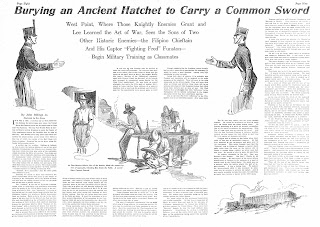 With the success of Hal foster's adaptation of Edgar Rice Burroughs' Tarzan of the Apes, Maxon was enlisted to do The Return of Tarzan. His strip began in the the Times-Picayune (Louisiana) on June 10, 1929 despite the advertisement's June 9 start date (below). The entire 60-strip adaptation can be read at ERBzine.com. 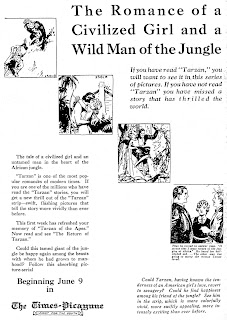 Maxon lived in Port Washington, New York on 81 Mackey Avenue, as recorded in the 1930 census. He had a son and daughter and his occupation was newspaper artist. He did the Tarzan Sunday beginning in March 15, 1931. Burroughs complaints about Maxon's work eventually led to Foster's taking over of the Sunday page; Maxon’s last Sunday was September 20, 1931. ERBzine.com said, "…Between 1929 and 1947 Rex Maxon illustrated all but five of the 27 Tarzan story-strips that were published in newspapers. He continued the strip with original material when the story-strips finally caught up with ERB's output of novels…." Maxon’s daily dates ran from June 10, 1929 to June 20, 1936, then from January 17, 1938 to August 30, 1947; the gap was filled by Bill Juhre. According to The Comic-Book Book (1974):


After Return a series of longer adaptations—14 to 21 weeks in length—appeared, based on nine more Tarzan novels. Each serial strip was fairly true to the Burroughs book from which it was adapted, but by the end of Tarzan and the Ant Men in June of 1932 there wasn't much left in the backlog of books to keep up the pace much longer. A crisis loomed — the Tarzan adaptations were in demand, and Burroughs material to adapt was nearly exhausted. What to do?

In 1966 Rex Maxon told me that he had worked with "breakdown men" in preparing his Tarzan adaptations—at first George Carlin did the job, later Don Garden. In mid-1932 Maxon and his breakdown man began the longest serial strip ever published—a 40-week adaptation of Tarzan the Untamed. And for the first time, the strip deviated seriously from the Burroughs novel: instead of the Kaiser-vintage German villains Burroughs had used, the comic strip featured Communist agents….