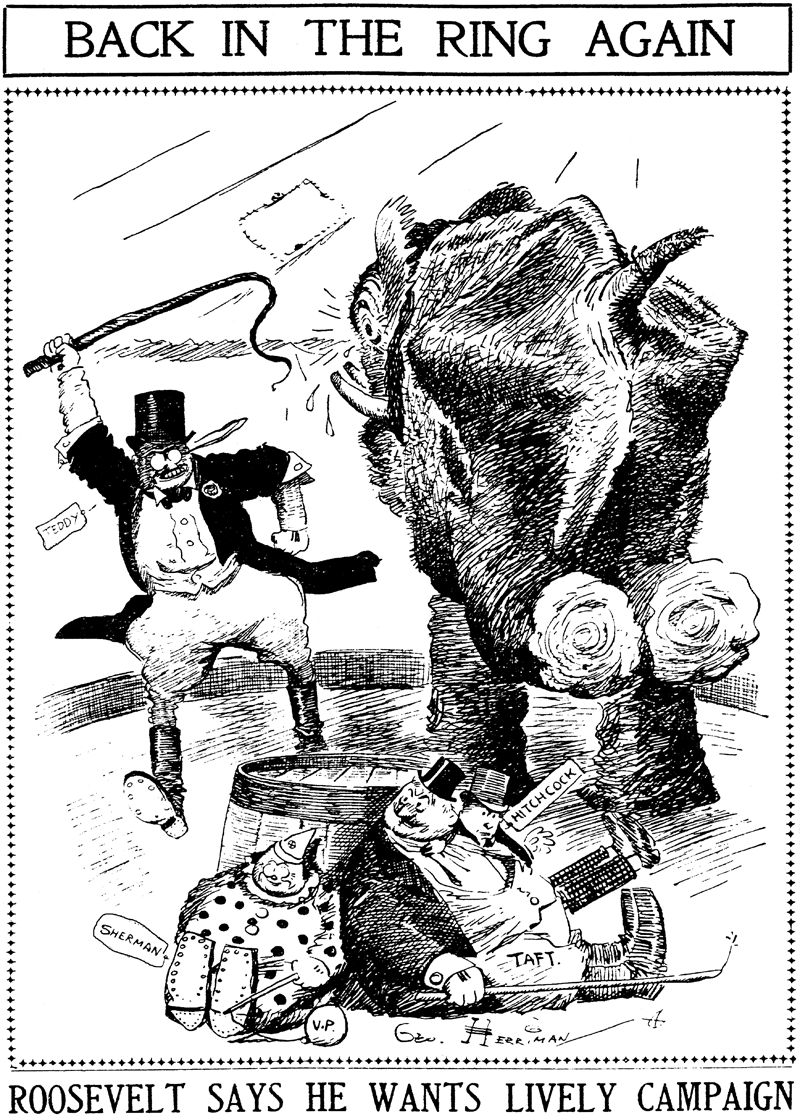 Wednesday, September 23 1908 -- Though Teddy Roosevelt has sworn not to run for president again, Herriman very properly portrays him as the ringmaster of the 1908 Republican campaign. Soon-to-be President Taft and his VP candidate, James Sherman, and Republican National Committee head Frank Hitchcock were definitely putting on a campaign that was orchestrated in response to Teddy's whip cracks from the sidelines.