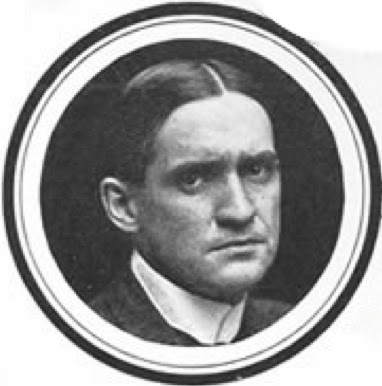 Richard W. “Dick” Wood was born in Bloomington, Illinois in 1868. His birthplace was determined by examining the 1870 U.S. Federal Census. The birth year was recorded in the Missouri Death Records, at Ancestry.com, and on his gravestone.

In the 1870 census, Wood was the youngest of four children born to William and Mary. His father was a dry goods merchant. They resided in Bloomington, Illinois. According to the 1880 census, the Wood family gained another child and remained in Bloomington.

Information regarding Wood’s education and art training has not been found.

There are a number of St. Louis city directories, at Ancestry.com, that list Wood as a resident and include his occupation or employer. In 1890, Wood was a Globe-Democrat newspaper artist. He was still with the Globe-Democrat in 1893 and resided at 119 South Broadway. At the newspaper, Wood was a friend of Theodore Dreiser, a reporter, and illustrated some of Dreiser’s articles. (Dreiser’s report on a train wreck, with illustrations by Wood, can be read here; scroll down to the heading “Theodore Dreiser—Globe Reporter”.)

The 1899 directory said Wood was a Republic newspaper artist and lived at 3622 Evans Avenue.

According to the 1901 directory, Wood continued as a Republic artist while residing at 4 North 6th Street.

In 1903, Wood had moved on to the Chronicle newspaper and was at 4464 West Belle Place. In Fall 1903, Wood traveled to China and wrote about his adventures. The Milwaukee Journal (Wisconsin) published Wood’s reports on November 9, December 2 and January 13, 1904. 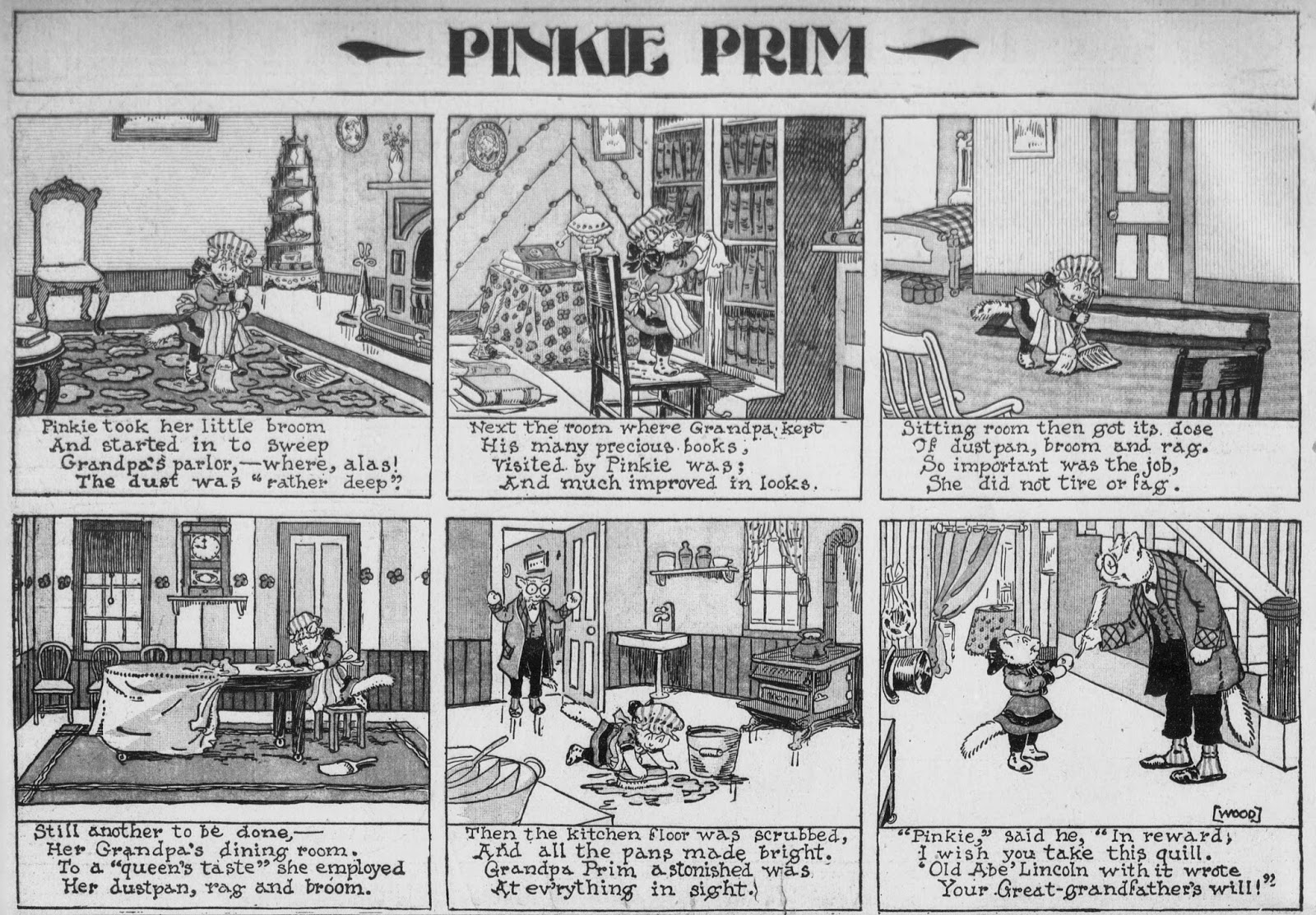 Wood’s last listing was the 1908 directory which said he was an artist and lived in the rear of 4009 Cottage Avenue.

Wood passed away November 17, 1908, in St. Louis. His death was reported in several newspapers including the Mexico Weekly Ledger (Missouri), November 19 and the Iowa State Bystander (Des Moines, Iowa), November 20. He was buried at the family plot in Evergreen Memorial Cemetery, Bloomington, Illinois. Information about his wife, Bonnie, has not been found.

(Artist and writer Dick Wood should not be confused with writer Dick Wood who was one of three brothers in the comic book industry and also scripted the Sky Masters of the Space Force comic strip.)

(While we're at it: Harry Peter? Dick Sprang? Good thing none of these cartoonist ever went by the name of "Cock Shaft", huh?)