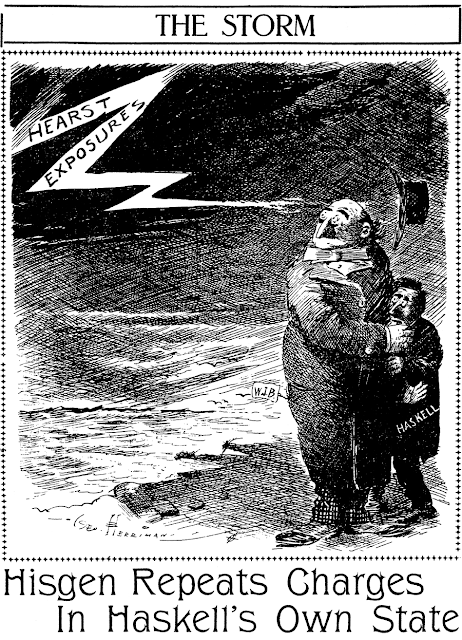 Friday, September 25 1908 -- William Randolph Hearst's hand-picked presidential candidate for his new Independence Party, Thomas Hisgen, takes the anti-trust battle to Oklahoma. Hearst accused Okie Governor Haskell with being in cahoots with Standard Oil, with some pretty damning evidence to back him up.

Hearst's Independence Party, despite making a big splash with such stories, succeeded only in fracturing the Democratic vote, the typical sad result of third parties. William Jennings Bryan, running once again on the Democratic ticket, was soundly defeated by Teddy Roosevelt's successor, Taft.