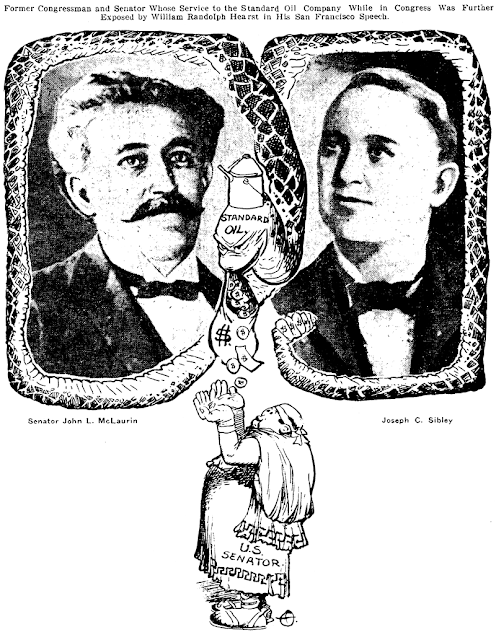 Saturday, October 10 1908 -- William Randolph Hearst is touring the country giving speeches in support for his Independence Party. As Hearst tours, he continues to produce further letters in which high government officials are implicated as collaborators with Standard Oil.

In a San Francisco appearance, a new letter is read by Hearst in which former senator John McLaurin and former congressman Joseph Sibley are exposed.