Harry R. Lutke was born in Wisconsin on December 10, 1920. His birth date was found in a public record at Ancestry.com. The 1920 U.S. Federal Census, which was enumerated in January, listed Lutke’s parents, Arthur and Laura, and six-month-old sister, Alice, at 410 7th Street in Merrill, Wisconsin. His father was a collector for the newspaper.

In the 1930 census, Ripon, Wisconsin was the home of the Lutke family which added another son, John. They resided at 215 State Street. Lutke attended Ripon High School and was on the basketball and playground baseball teams. The school yearbook was called The Tiger. 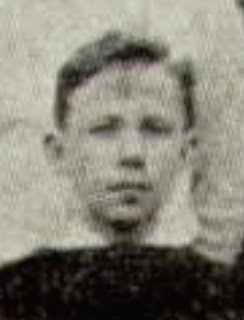 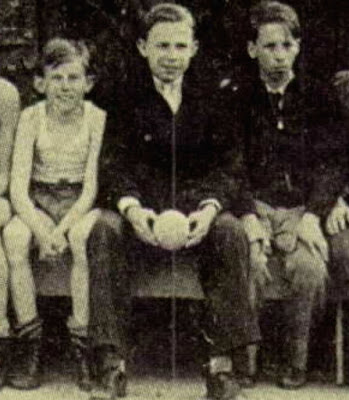 Lutke has not yet been found in the 1940 census. According to the Cook County, Illinois Marriage Index, at Ancestry.com, Lutke married singer, Virginia “Ginger” Dinning, on September 19, 1942. Their marriage was mentioned in the Milwaukee Journal. Ginger was in a well-known trio, the Dinning Sisters. The New Jersey Herald, October 14, 2013 said:


…The Dinnings were a very musical family of nine children, all of whom started singing harmony in their local church on Sundays. Afterward they would continue to sing some more when they got home. Ginger, her identical twin Jean and older sister Lou, started to win amateur singing contests before the age of 10, and later would perform with their older brother Ace's orchestra. With little experience but a lot of ambition, The Dinning Sisters were born. From that point forward they knew what they wanted to do. So they left at the age of 16 and headed to the big city of Chicago and auditioned for a radio show and got the job and a contract with NBC radio. From there they went on to get a recording contract and make several records, which did very well. Their biggest hit was the song “Buttons and Bows,” which went to No. 1 on the charts.

Lutke lived in Chicago when he married Ginger. He may have attended the Chicago Academy of Fine Art or the Art Institute of Chicago for his art training.

Lutke was drafted during World War II. His service was reported in the Sherbrooke Telegram, April 20, 1945:

The Dinning sisters, tuneful trio of radio’s National Barn Dance, have received reams of fan mail from G.I.’s overseas since the Paramount musical “National Barn Dance” has reached the fighting fronts. However, the most prized comment on their appearance in the movie, from Ginger Dinning's husband, Sgt. Harry Lutke, who has been serving overseas for more than fifteen months with the Signal Corps. Sgt. Lutke writes that one of the rare bright spots in his life on Germany’s Western Fronts, was the recent surprise showing of “National Barn Dance” in an impromptu theatre not far behind the firing lines. Appropriately enough, the Army’s Special Services officer chose an abandoned German barn in which to run the film story of the popular air show of the same name.

Lutke continued to live in Chicago where his son was born, as noted in The Billboard, July 30, 1949: “A son to Mr. and Mrs. Harry Lutke, July 15 in Chicago. Mother is the former Ginger Dinning, of the Dinning Sisters trio.”

Lutke and Bob Schless produced Addled-Ads which began October 3, 1949. One of the newspapers that carried it was the Pittsburgh Press. The panel ended in late 1951. 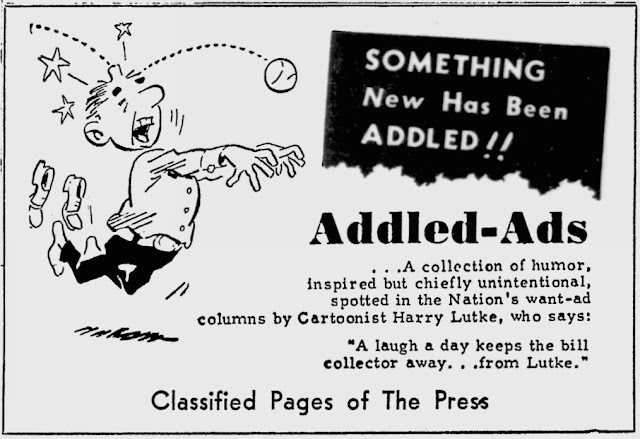 The Chicago newspaper, Daily Herald, March 16, 1951, wrote about the upcoming St. Patrick's Day Dance program with the Dinning Sisters as headliners. In addition to the variety of entertainment, Lutke also appeared.


To supplement the program, the committee also is featuring Harry Lutke of Palanois Park, husband of “Ginger” of the Dinning Sisters in a “Chalk Talk.” Mr. Lutke is a cartoonist of note and will present an unusual type of cartooning with audience participation. Prizes will be awarded for those in the audience who participate. It is fascinating amusement and sure to delight those present. Mr. Lutke was formerly Assistant Artist to Frank Willard, the creator of the well-known comic strip, “Moon Mullins.” Mr. Lutke at present is engaged in newspaper cartoon work. He is the creator of the syndicated cartoon “Addled,” a combined cartoon and advertising arrangement. “Addled” is presently running in twenty-two newspapers, mostly in the East, and will soon run in a Chicago daily.

Lutke’s new home was in Ridgewood, New Jersey. A 1954 city directory said his address was 89 Glenwood Road. In 1956 he resided at 221 Beechwood Road. Two years later found him at 307 Heights Road. The 1960 directory noted his move to Saddle River, New Jersey. NewJersey.com, October 18, 2013, which reported Virginia’s passing, said “…Lutke had a construction contracting business and Virginia was busy raising their seven children….Mrs. Lutke is survived by her husband, of Oakland [New Jersey], and their children: Gary Lutke of Lake Lure, N.C., Steven Lutke of Highland Lakes, Janice Lutke of Oakland, Mark Lutke of West End, N.C., and Joan Hillman and Kevin Lutke, both of West Milford. She also is survived by a sister, Dolores Edgin, of Nashville.”

Comments:
I wonder how many other comic strip creators have married people who were famous in their own right (for reasons other than comics). The only one I can think of is Garry Trudeau.