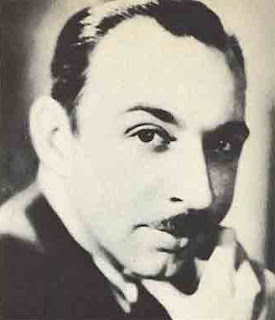 According to the 1910 U.S. Federal Census, McClure was the only child of A.[Arthur] B. and Ethel. They resided in Eureka, California at 734 9th Street. McClure’s father was a plumbing salesman. About McClure’s childhood, Famous Artists & Writers said:


…Mrs. McClure had an artistic streak in her, and just as soon as Darrell “could stand by a chair and hold a pencil,” she began buying him fat five-penny tablets on which to scrawl. “From the age of six,” says Darrell, ”I never swerved from the ambition to be a newspaper strip artist.”

…Darrell began lumberjacking at the age of 15, during World War No. 1, “and before I was through with the woods for keeps, I had been in lumber camps in practically every western state.”

…In his early teens, Darrell studied at night in the California School of Fine Arts, and later attended a school for cartoonists, but it wasn’t until he was 17, in between lumberjacking and sailing, that he managed to put the training to practical use. He became a “tracer” with a small, animated-cartoon studio. The studio soon folded, however, and Darrell left Los Angeles, where it had been situated, for San Francisco, where he got a job fashioning animated advertisements, then popular in movie houses….

The 1920 census recorded McClure in San Francisco, California at 508 Larkin Street. He was a stock clerk for a tailor. From here McClure boarded a freighter for New York City. With the help of Jimmy Swinnerton, McCure got a job with King Features as an apprentice artist in 1923. Chic Young was in his group.

McClure married Celestine Skidmore on March 15, 1924 in Manhattan, New York City. Later that year, his cartoon for the My Best Laugh Story series was published. 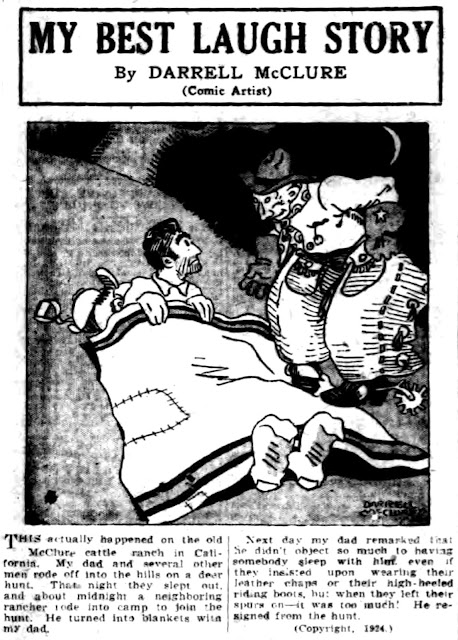 Vanilla and the Villains in the Rockford Republic 3/21/1930

In 1930 McClure lived in Larchmont, New York, at 174 Myrtle Avenue. He produced two series in the fall: Room and Board started September 29, 1930, and a week later the long-running Little Annie Rooney debuted October 6, 1930. McClure produced Donnie beginning in late 1934. 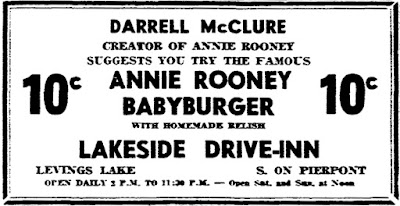 McClure passed away February 27, 1987, In Ukiah, California. The cause was cancer. McClure was a long-time contributor to Yachting magazine.