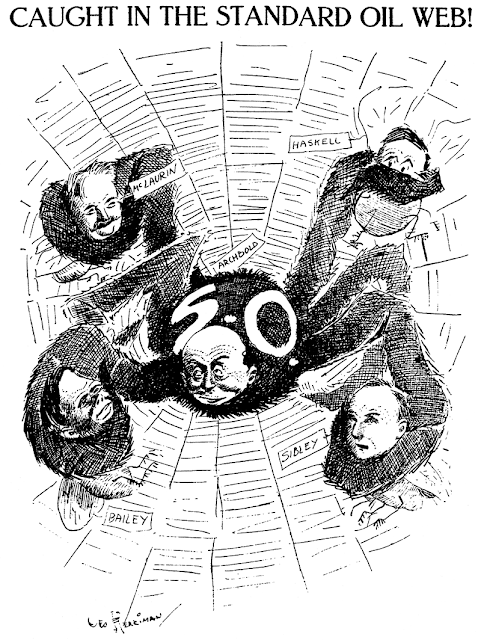 Comments:
Curiously, Sibley was out of office by then; I'm not sure why Herriman would have gone after him.

Perhaps ironically, Haskell would end up going into the oil business after leaving politics.

McLaurin died a few months after this cartoon appeared.

Bailey was the only one whose career seems to have been derailed by the oil scandals.