Early and his younger brother, Robert, were the sons of Edward and Jennie. In the 1900 U.S. Federal Census, his father was not home during the enumeration. The family resided in Denver, Colorado at 1329 Lafayette Street. At some point they moved to Pittsburgh, Pennsylvania, where Early’s father worked in the steel industry.

In the 1910 census, Early, an artist working at home, and his brother resided in Pittsburgh at 1043 Murray Hill Avenue. Listed as their parents were George Early, a lawyer, and Cora. The status and whereabouts of Early’s biological parents is not known.

The New York Times, October 7, 1925, said Early studied art at the Stevenson Art Institute in Pittsburgh and was on the art staff of the Pittsburgh Dispatch.

Early signed his World War I draft card on June 5, 1917. His Pittsburgh address was unchanged. He worked as a freelance artist who was described as tall and medium build with blue eyes and light colored hair. After his service, Early moved to New York City.

In 1918, Early’s illustrations of women appeared in Sunday newspapers, including the Cleveland Plain Dealer (Ohio) and The Daily Ardmoreite (Oklahoma). 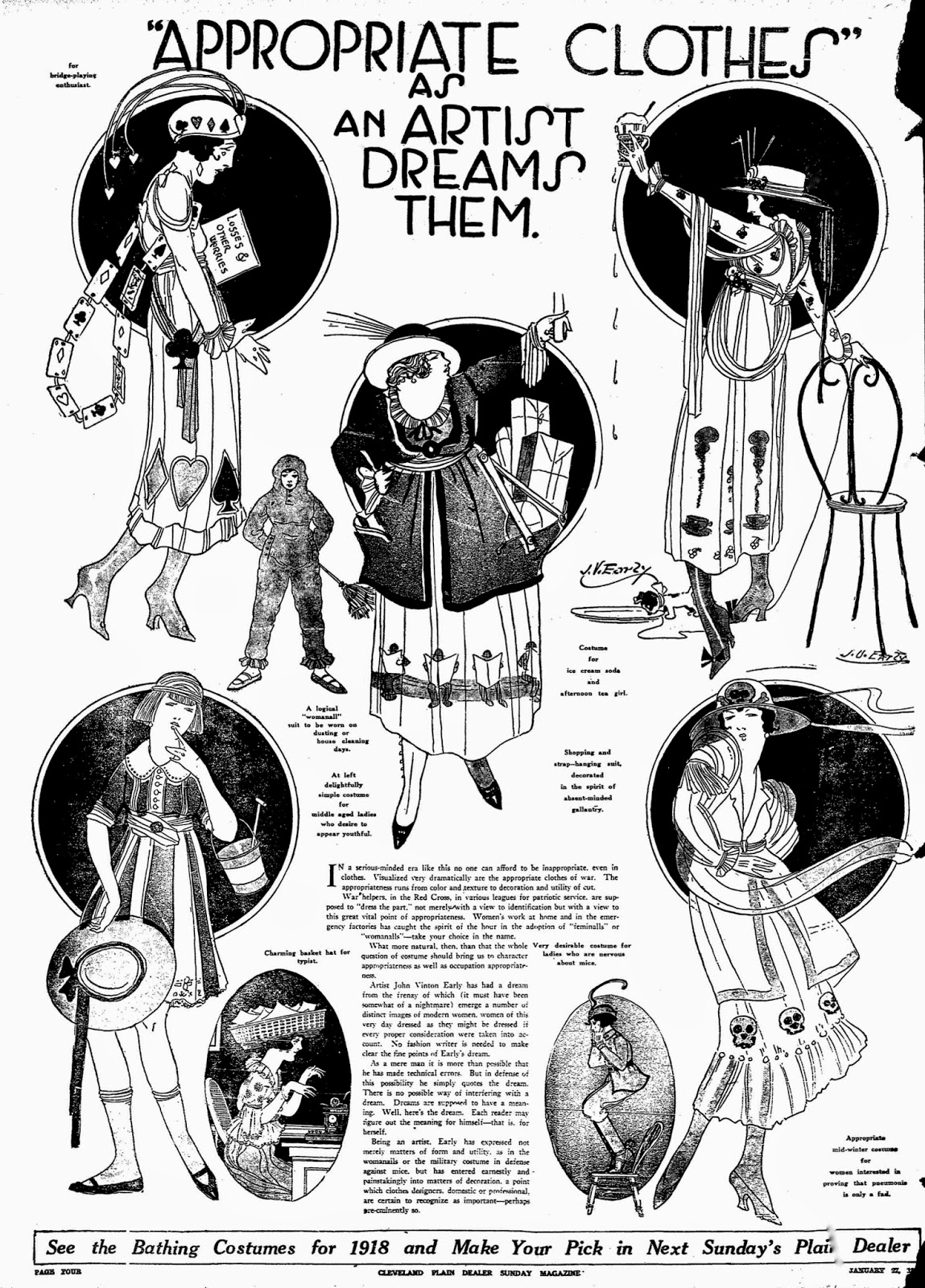 According to American Newspaper Comics (2012), Early produced Geevum Girls from 1919 to 1920. He had a short stint on Newspaper Feature Service’s Romantic Cartoons from March to April 1919. Illustrator Juanita Hamel also contributed to the series.

Early wrote about and drew himself in Editor & Publisher, December 25, 1919. 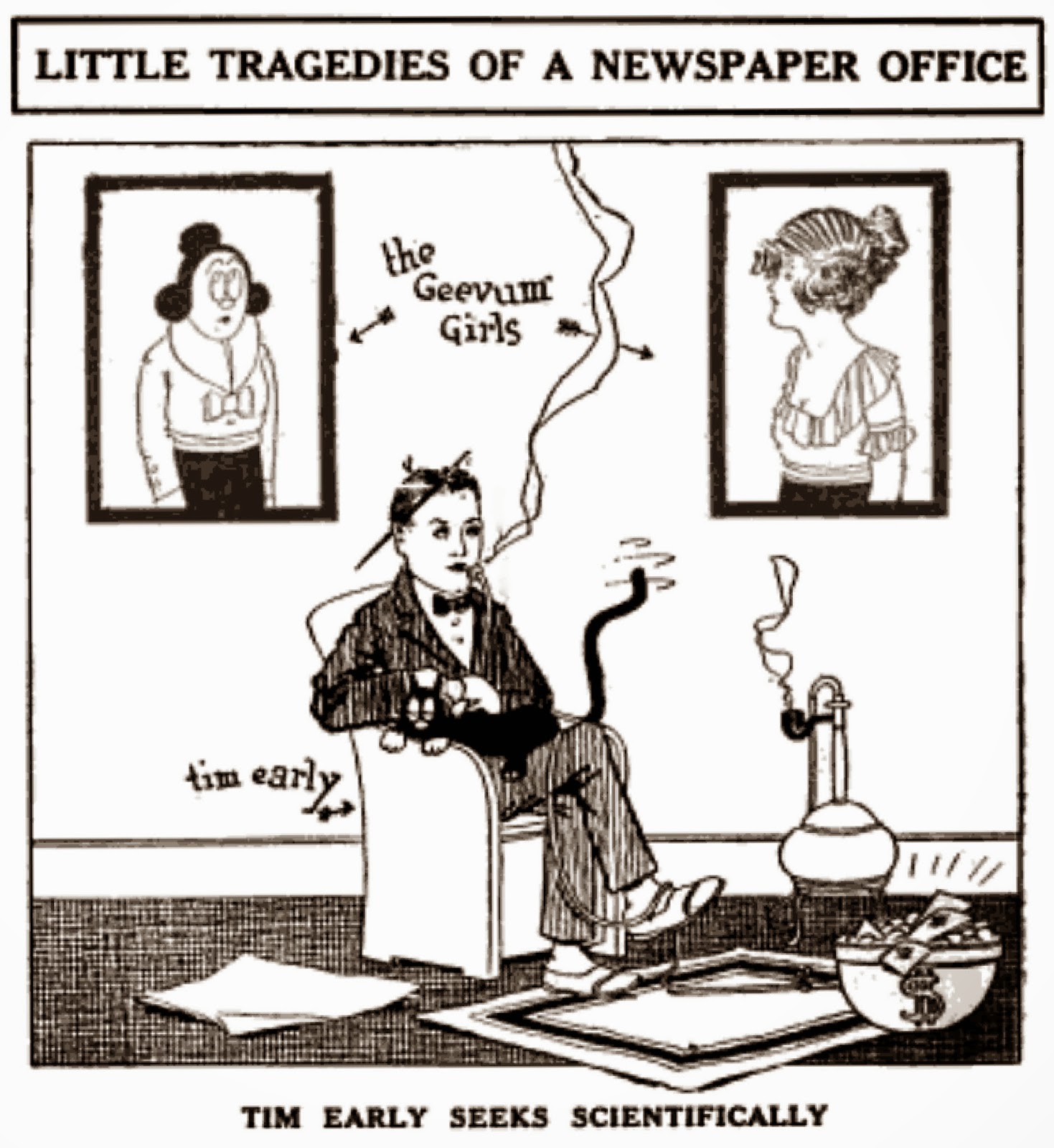 The 1920 census recorded Early in Manhattan, New York City at 62 West 83 Street. His occupation was comic artist in the newspaper industry.

On August 1, 1921, Early married Juanita Hamel whose marriage was recorded in the New York, New York Marriage Index at Ancestry.com. Their marriage was reported in the Fourth Estate, August 13, 1921:

Miss Juanita Hamel, whose illustrations appear in about 200 newspapers throughout the country, and J. Vincent (“Tim”) Early, well known comic artist, were married on August 1 in the Little Church Around the Corner, New York. Mr. Early, before coming to New York, was on the staff of the Pittsburg Dispatch. The marriage of the artist and illustrator is the result of a romance which began in the office of the King Features Syndicate, where both have worked side by side for several years. Mr. and Mrs. Early are motoring through the Canadian Rockies.

Early drew Samson and Delia from August 18, 1924 into 1924; he was the writer from August 18, 1924 to October 18, 1924. Early may have dropped out due to ill health; the Times said he had heart problems. American Newspaper Comics said Paul Robinson took over the art and H.C. Wilwer did the writing. The strip ended in May 1925.

Early and Hamel visited Cuba in early 1925. They returned to Key West, Florida on February 19, 1925. The passenger list recorded the couple as “Early Juanita” and “Early John V”.


Funeral services for John Vinton Early will be held at 4 o’clock this afternoon in the chapel of the Collegiate Church of St. Nicholas, 1 West Forty-eighth street. Mr. Early, a newspaper artist for years, died at his home at 33 West Eighth street, from heart disease.

He was born in Richmond, Ind., the son of Edward P. Early, then associated with William E. Leeds and Daniel G. Reid in the steel industry. He studied art in Pittsburgh and his first newspaper work was on the art staff of the Pittsburgh Dispatch. He is survived by his wife and a brother. Interment will be in Mount Hill Cemetery, Eaton, O.