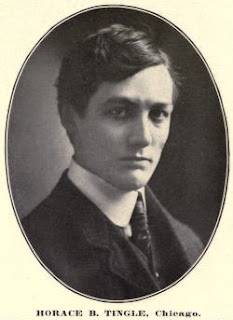 Horace Berchard “Harry” Tingle was born in Cambridge, Ohio, on June 24, 1878. Tingle’s full name was found on his World War I draft card which also had the birth date. His birthplace was mentioned in the book, Men of Illinois (1902).

In the 1880 U.S. Federal Census, Tingle was the youngest of two sons born to Thomas, a confectioner, and Rebecca. The family resided in Cambridge. Information regarding Tingle’s education and art training has not been found.

Men of Illinois published a photograph and brief summary of Tingle’s career.

Born in Cambridge, O. Located in Chicago in 1896; with the “Cincinnati Post” 2 yrs.. “The Cincinnati Enquirer” 3 yrs., and the “Commercial-Tribune” 2 yrs.; newspaper artist on the “Chicago Chronicle.”

The 1900 census recorded artist Tingle in the Atwell household of seven including the servant. He lodged in Chicago at 5737 Kimbark Avenue. The head of the household was a patrolman.

Tingle produced a series portraits of Chicago businessmen in 1904. 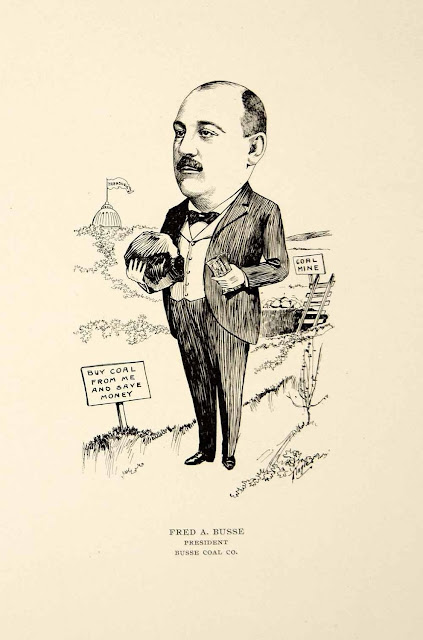 American Art News, April 22, 1905, named Tingle as one of several contributors to the first annual exhibition of the Newspaper Cartoonists’ and Artists’ Association at Chicago’s Art Institute (page four, column 3). A catalog of the exhibit was published.

According to the 1910 census, the Tingles lived in Chicago at 4532 Clifton Avenue. Gordon St. Clair, an illustrator, was lodging with them.

Ester Mable Marie was the name of Tingle’s daughter who was born May 6, 1915 in Chicago. She was best known as Dolli Tingle, an artist who also designed postage stamps. 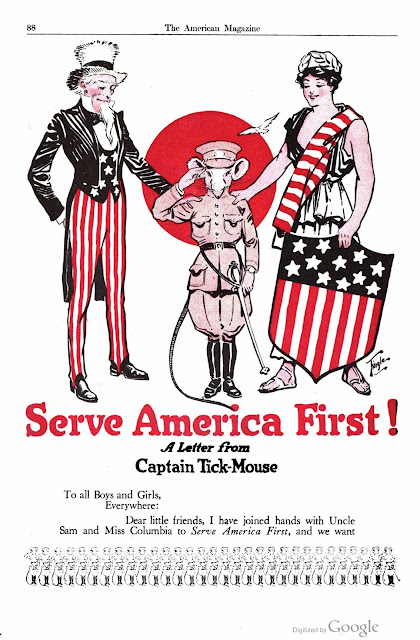 Tingle signed his World War I draft card on September 12, 1918. He lived at 5633 Kenwood Avenue in Chicago and had his studio at 21 East Van Buren Street. He was described as tall and medium build with brown eyes and hair.

Tingle passed away January 16, 1919, in Chicago, according to the death certificate which said he was a commercial artist. An obituary has not been found.