In the 1900 U.S. Federal Census, Gettier was the oldest of two children born to Clarence F. and Callie. His father was a “builder”. The family resided on Liberty Road in Baltimore.

Gettier and his sister were in the household of his uncle, John F. Gettier, according to the 1910 census. The status of Gettier’s parents is not known. His uncle’s family had three children, a daughter-in-law and a granddaughter. Everyone lived on Hamilton Avenue in Baltimore. Gettier’s occupation was “Block Artist” in the “News Co” industry.

A 1910 city directory listed Getteir’s occupation as glazier. According to a listing in the 1912 directory, Gettier was with the Baltimore Sun newspaper. The 1913 directory showed that artist Gettier was part of a family of artists, The Gettier Studios, which named the following members: 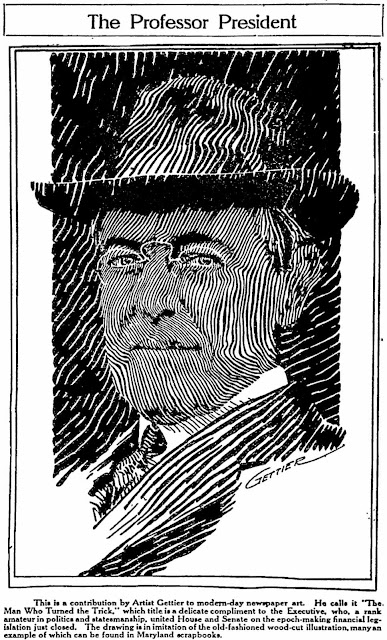 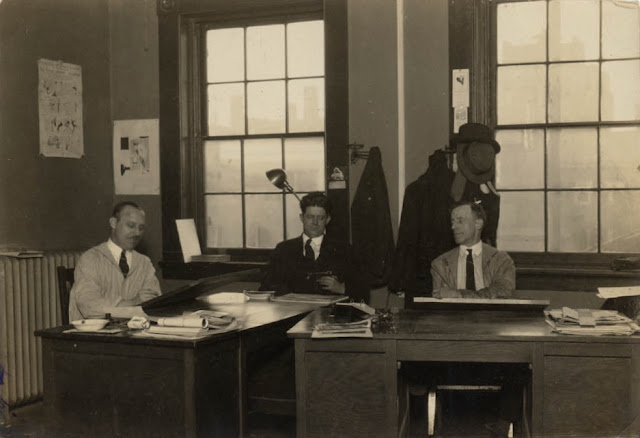 Gettier, on the far left, in an undated photograph; behind him,
above the radiator, is a sheet titled Sue to Lou Letters 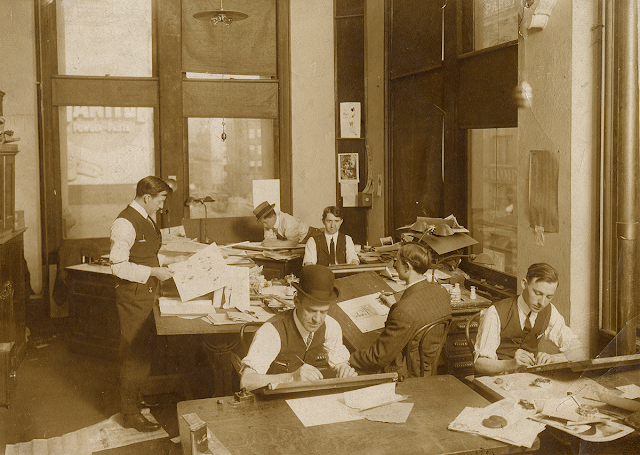 1912 photo of a Baltimore newspaper artist bullpen, Gettier probably the one facing away

In the 1917 American Art Annual, Gettier had this listing: “Gettier, C.R., Tudor Hall, Baltimore, Md. I.—Member: Char. C.” Gettier was also in the illustrators section of the annual.

On June 5, 1917, Gettier signed his World War I draft card which said he was a Baltimore Sun artist. Gettier and his wife resided in Tudor Hall, Baltimore. He had three years of military school and the rank of private. His description was medium height and build with gray eyes and brown hair. Gettier was in Battery E of the 110th Field Artillery. He was included in the History of the Twenty-Ninth Division, “Blue and Gray,” 1917–1919. 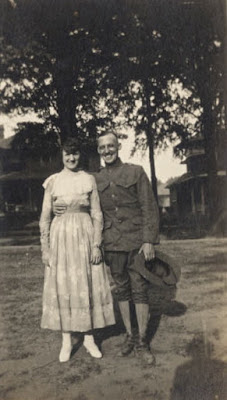 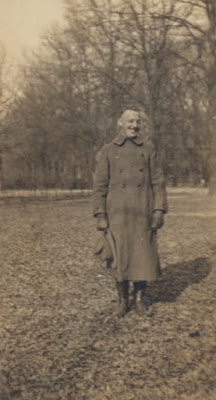 undated photographs of Gettier and his wife, circa World War I


Private Gettier used to draw pretty ladies for The Sun’s fashion pages. Gowns and hats that women were sure could have come from nowhere but Heaven came out of his bottle of India ink and flowed onto sheets of bristol board in delicate lines and curves. You’d think there could be no more final farewell to art than for an artist to become a private in a battery of field artillery, as Gettier did in Pikesville last summer. But when he stopped putting pen-and-ink clothes on pen-and-ink women he began putting masquerade costumes o three-inch field guns, and lo, it was all art! Camouflage.

Many of the feathery copse and autumn-tinted hillock in the Green Spring Valley Private Gettier had striven to recreate in paint and canvas, that the world might be a little happier for a bit of nature’s beauty reproduced. Now he was trying to recreate a small forest out of the forest’s own natural properties in order that the Hun might never know what him him.

Newspaper artist Gettier and his wife, Mayme, lived at 3304 Bateman Avenue in Baltimore as enumerated in the 1920 census.

The American Printer, March 5, 1920, said Gettier was a new member of the Baltimore Advertising Club.

American Newspaper Comics said Gettier created From Sue to Lou for the Bell Syndicate; the strip ran from September 24, 1922 to 1938. However, the strip, From Sue to Lou, With Love, was recently found in the Baltimore Sun beginning on August 1, 1920. On October 17, 1920 the strip had another byline, “Text by K.L. McKinsey”, which ran through September 11, 1921. The strip ended its run in the Sun on December 24, 1922. Beginning in the mid-1920s, Gettier drew the Girligags panel for Western Newspaper Union. The panel ended in 1939.

In 1922 Gettier went into business with Carlyle Montanye to form Gettier-Montanye Inc. whose beginning was reported in the Evening Sun (Hanover, Pennsylvania), February 21, 1961:


Carlyle Montanye Sr., president of the Gettier-Montanye Inc., announced the purchase from the executives of the estate of the late E. Chandler Newman. The Glyndon firm will continue to service the Rollman and Schloss accounts from that company’s building at 119 Hopkins Place, Baltimore. Rollman and Schloss was founded in 1890 and it was Baltimore’s oldest calendar and advertising specialty firms. A national firm with more than 100 sales representatives throughout the country, Gettier-Montanye Inc. was founded 1922 by Mr. Montanye and C. R. Gettier, both of whom were in the advertising department of Baltimore newspaper. 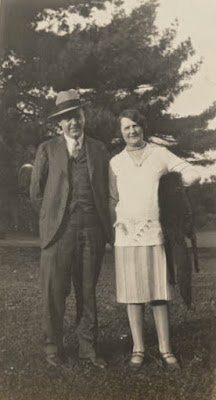 At some point, Gettier moved to New York City. The 1930 census recorded him and his wife in Manhattan at 528 West 9th Street. Gettier was a freelance painter.

According to the 1940 census, Gettier had moved to Towson, Baltimore County, Maryland, where he was a newspaper cartoonist. His highest level of education was the fourth year of high school. Gettier’s 1939 income was $2,800. 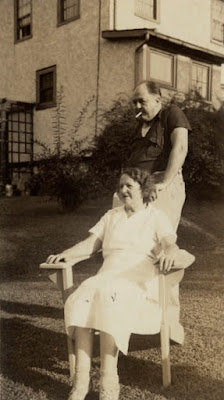 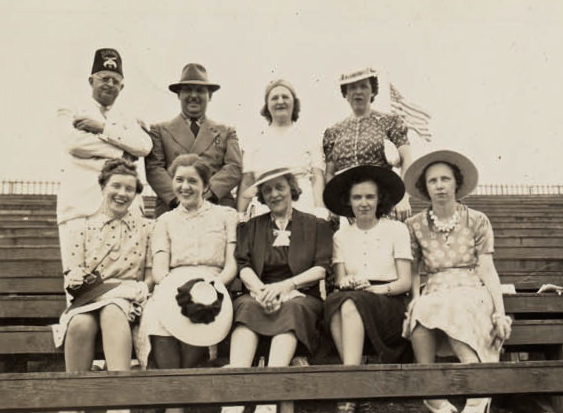 Gettier signed his World War II draft card on April 27, 1942. His address was 506 Wilton Road in Baltimore, and his employer was the Bell Syndicate. At the time he stood five feet, seven-and-a-half inches and weighed 165 pounds.

Gettier passed away February 25, 1962, in Baltimore. He was buried in Druid Ridge Cemetery.

(All photos from the collection of Allan Holtz)