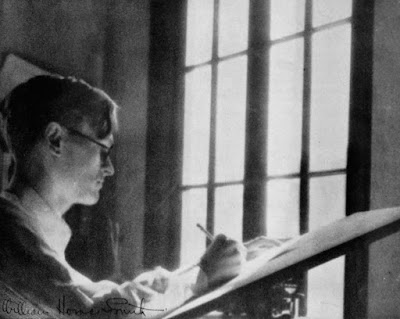 Ned Hilton was born Edward Aitken Hilton according to a family tree at Ancestry.com. He was born in Alhambra, California, on March 4, 1904. His parents were Edward and Lillian, whose maiden name was Aitken.

The 1910 U.S. Federal Census recorded Hilton, his parents and sister, Lillian, in Alhambra at 100 South Monteray Street. His father was a clerk in a tax collection office. The family tree said his father passed away October 7, 1912.

The American Magazine profiled young Hilton in its July 1919 issue and explained how he became interested in cartooning.


At that time he was in a California boys’ camp. The sensation and idol of the place was a Hawaiian of sixteen, who was himself a good cartoonist. His sketches impressed Ned Hilton so much that he set to work himself, with the Hawaiian as a volunteer instructor. In a few weeks the pupil had eclipsed his teacher. He illustrated postals for his companions to send home, copied from the press every picture he could find, struck out in his own way, and really began his career. Within six months one of the largest newspapers in the West was publishing his drawings, and he was still only a little over twelve years of age. 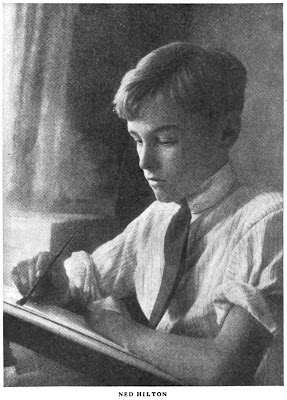 A short time after publication of the profile, Hilton moved to New Jersey. On the way, he and his uncle stopped by the Brooklyn Daily Eagle which published his cartoon and strip. 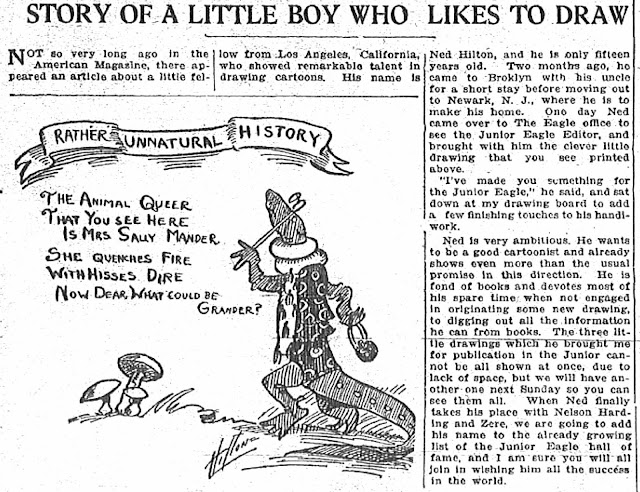 The 1920 census listed Hilton, his sister and mother, who had remarried to J. Leroy Tope, in Newark, New Jersey, at 454 Broad Street.

Advertising Arts and Crafts (1927) had a listing for Hilton.

In 1928 Hilton moved back to California and found quickly found work.

Hilton was a regular contributor to The San Franciscan, a monthly magazine started in 1926. He contributed illustrations, cartoons, humorous maps and wrote the column, “The White Card.” (Volumes are available for 1929, 1930 and most of 1931.) 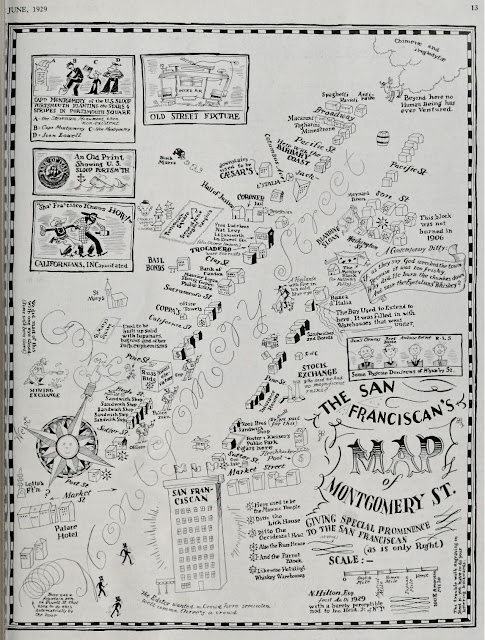 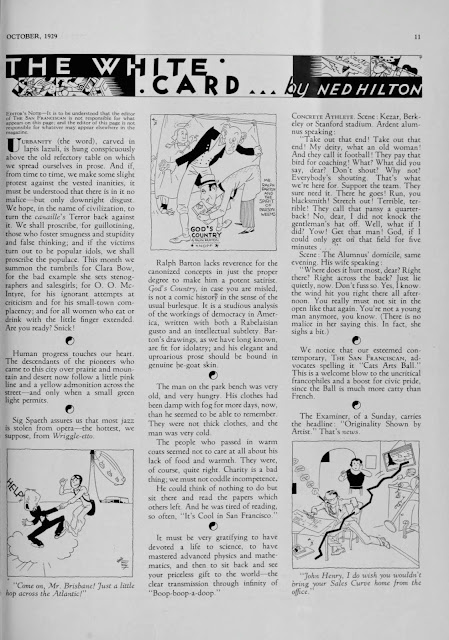 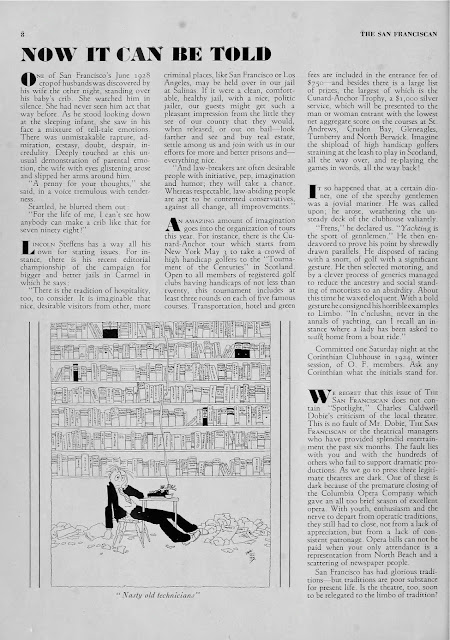 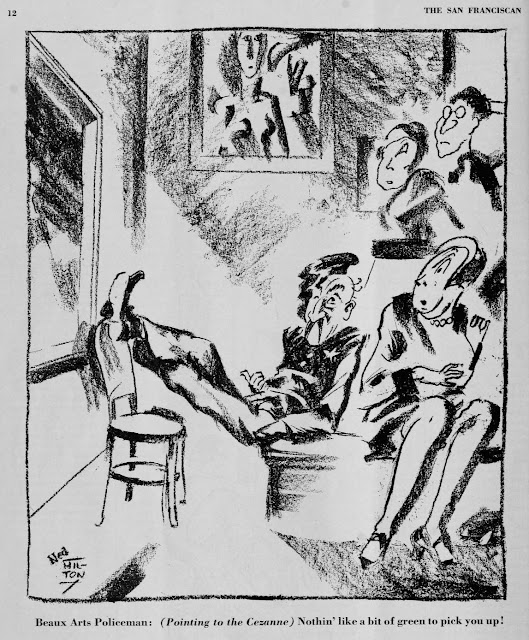 The Sausalito News published Hilton’s artwork and articles for several years beginning in mid-1929. And he was the subject of a profile on June 28, 1929. 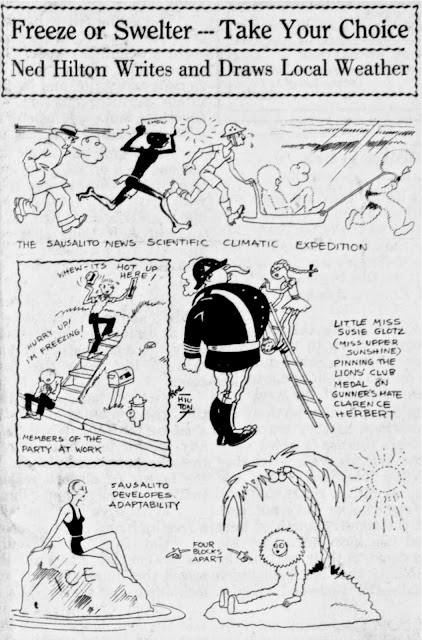 In 1929 Hilton’s art graced the covers and interiors of National Motorist magazine. 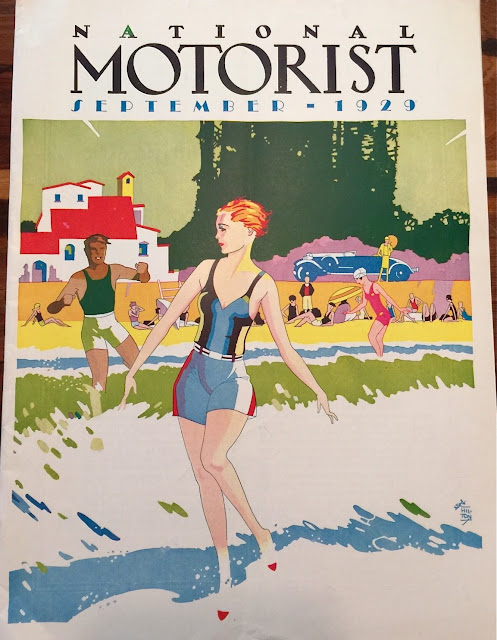 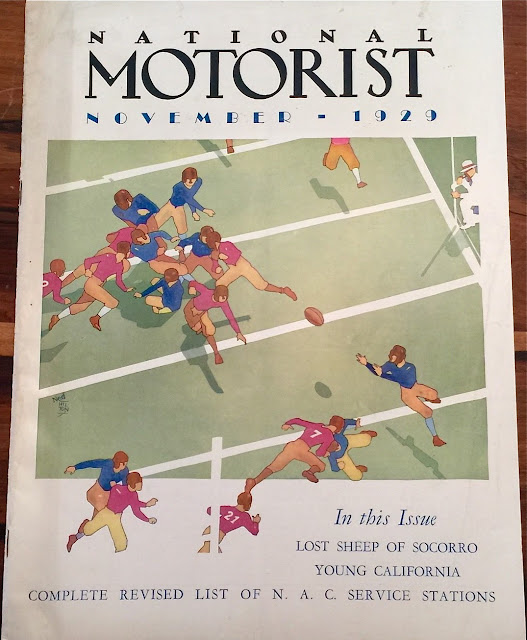 The Chronicle, June 2, 1929, announced the forthcoming annual exhibition of the Marin Art Association of which Hilton was a member. On June 16, 1929, the Chronicle said, “Few attempts at modernism have been contributed to this showing. Ned Hilton’s ‘Unorthodox Experiment in Emotion’ and George C. Ashley’s somewhat mathematical conceptions of ‘Late Afternoon’ and ‘New Roads’ are rather out of place among the literal landscapes.”

Freelance artist-writer Hilton, his wife, Katharine, and two-month-old son, Edward, resided in Sausalito, California, at 841 Sausalito Boulevard, as recorded in the 1930 census. The family tree said Hilton divorced around 1932.

Hilton explained how he creates a cover for Judge magazine in the April 4, 1930 edition of the News.

According to the Times, Hilton moved to New York City in 1933 and was on the staff of Esquire magazine for three years. However, Hilton was still a California resident according to the News, January 12, 1934.


Ned Hilton, Sausalito artist, has been appointed by the regional directors of the Public Works of Art project to act as roving pictorial reporter. He will make sketches of other PWA artists at work, which will be used as publicity and as a permanent record of the project.

Sketches made by Hilton of CWA work near Point Bonita and at the North street steps are now on exhibition at the H. M. de Young Museum.

The News, May 18, 1934, reported that “Mr. and Mrs. Ned Hilton and their little son are all back in Sausalito once more at their residence on West street.”

Shortly after the vacation, Hilton moved to New York City. His family followed as noted in the News, June 15, 1934, “Mrs. Ned Hilton and little son. left Tuesday for New York City to Join Mr. Hilton. Ned Hilton is a well known artist whose work is shown in many of the eastern magaines [sic]. For a time he was with the Sausalito News.”

Hilton was quite active in 1936. For the Sunday edition of the Daily Worker newspaper, Hilton illustrated Sinclair Lewis’ “It Can’t Happen Here”. 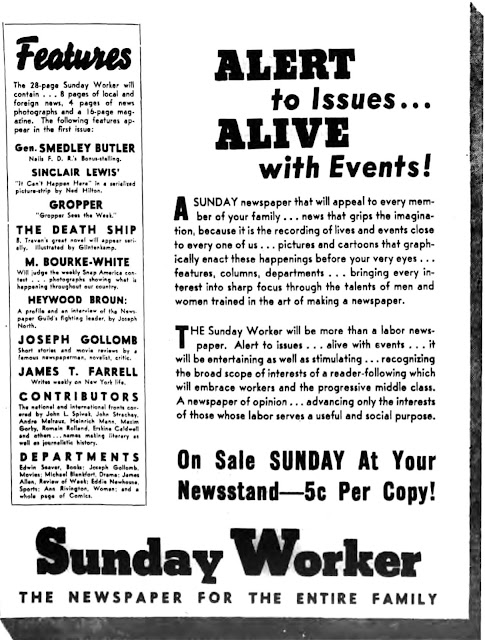 
Hilton was a founding member of the Cartoonists Guild of America in March 1936. According to the Times, June 7, 1936, the guild blacklisted six magazines: College Humor, Rockefeller Center Weekly, The Voyager, Promenade, Movie Humor and Real Screen Fun. These magazines refused the guild’s demand to pay a minimum of $15 for comic drawings and to pay for the drawings within thirty days of acceptance. At the time, Hilton was vice-president of the guild.

Eleven days later, Hilton and seventeen other cartoonists for arrested for picketing outside the College Humor office. According to the Times, the police confiscated 45 pencils from the cartoonists. After five hours at the police station cells, the cartoonists spent another four hours in the night court detention room. The magistrate dismissed the charge.

Hilton was a new instructor at the American Artists School during its second year. The Times, September 25, 1936, said the instructors’ work was exhibited in the school’s gallery.

In January 1937 Hilton was president of the Cartoonists Guild when he spoke to the American Advertising Guild, as reported by the Times, January 11.

Hilton was a contributor to The New Masses which published his woodcut on its August 17, 1937 cover.

Hilton has not yet been found in the 1940 census. The family tree said he married Sonya Freeman in 1940.

Many cartoonists, including Hilton, found additional income in advertising. The Schlitz advertisement featured Hilton and others in the July 8, 1940 issue of Life.

American Newspaper Comics (2012) said Hilton was one of six credited contributors to PMantics which debuted August 18, 1941 in the New York City newspaper, PM. When PMantics was syndicated it was re-titled Crack-Ups, which Hilton continued from 1942 to 1948.

During World War II, Hilton enlisted in the Army on October 14, 1942. The Times said, “…as a sergeant with the Army stationed at El Paso, Tex., he won a first prize in a competition for a cartoon dealing with the fat-salvage drive. His drawing showed an American tank knocking out a German tank. The caption said, ‘There goes Mrs. McGillicuddy’s kitchen grease.’”

Hilton may have produced the 1955 Sunday strip, The Folks Upstairs.

The Sunday newspaper magazine, Parade, published a weekly cartoon column, “These made me laugh”, which had a guest editor who selected the cartoons. George Jessel was the guest cartoon editor in the October 20, 1957 issue which said:


George Jessel, emcee and jester extraordinary, found sure-fire laughs for today in these cartoons by Ned Hilton (l.). Born in Alhambra, Calif., the 53-year-old artist now lives with his wife in New York City. He has had no formal art education, he says, but has been cartooning for about 25 years and has enjoyed every minute of it. His hobbies include two of the “3 R’s”—reading and writing, Arithmetic? Ugh!

Hilton passed away August 16, 1967 in New York City and was buried at Long Island National Cemetery. His wife, Sonya, passed away November 21, 1980, according to a death notice in the Times, December 1, 1980.