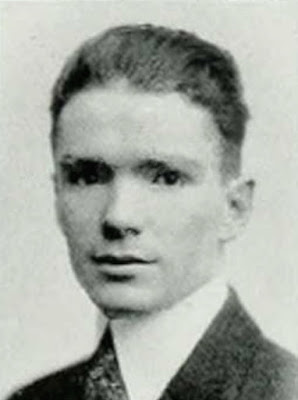 Oscar Gardner Rea was born in Ironton, Ohio, on August 12, 1892, according to his World War I draft card. In the 1900 U.S. Federal Census, Rea was the oldest of two children born to Charles, an attorney, and Mary. The family resided in Circleville, Ohio at 120 West Main Street.

Rea was profiled in the magazine, This Week, April 7, 1946, which was the source for the piece on him in Current Biography Yearbook (1947). About Rea’s early schooling and art influences, Current Biography said:


…Rea attended East High School in Columbus, where schoolmates included Eddie Rickenbacker and Donald Ogden Stewart. Ted Lewis was one of his boyhood friends. With three artist grandparents influencing him, the boy intended to be a painter, and exhibited oil paintings at sixteen. But he had sold his first gag cartoons to the old Life magazine the year before, when he was fifteen….

The 1910 census recorded the Rea family in Columbus, Ohio at 1508 Hawthorn Street. Rea’s father was an agent in the steel industry.

Rea attended Ohio State University, from 1911 to 1914. According to Current Biography, Rea was involved in three college publications.


…Rea helped start, and later edited, the college humor magazine, The Sundial; helped edit the newspaper The Lantern; for three years served as art editor of the college yearbook The Makio; played on the college’s first tennis team; and, although he never weighed more than ninety pounds, won three varsity letters….When graduated in 1914, Rea was a member of Alpha Sigma Phi, Sigma Delta Chi, and of Sphinx and Toastmasters, the two senior honorary societies. 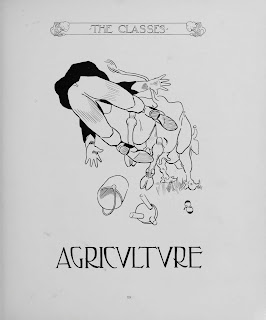 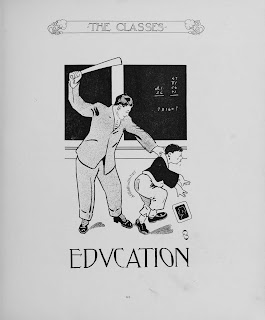 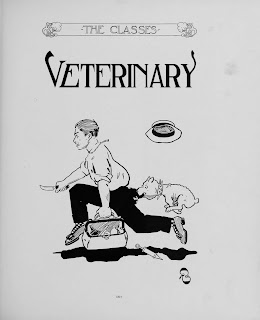 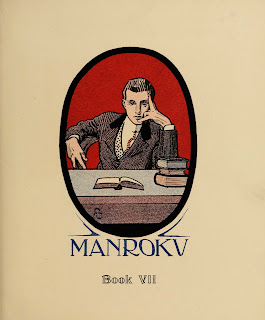 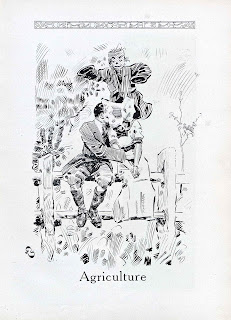 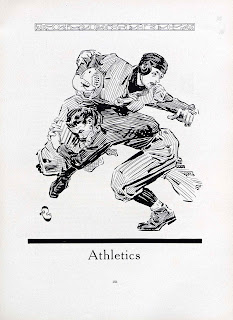 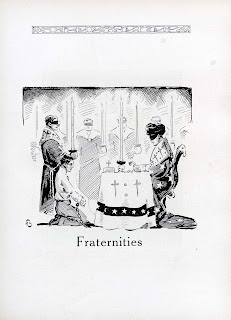 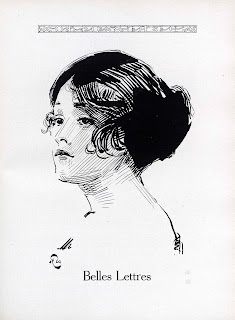 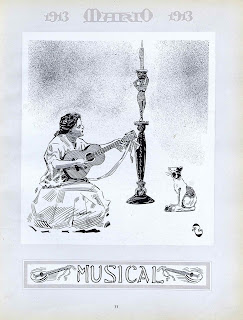 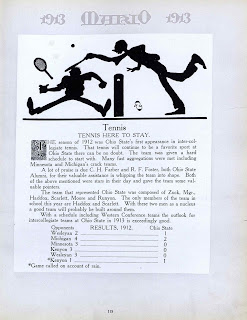 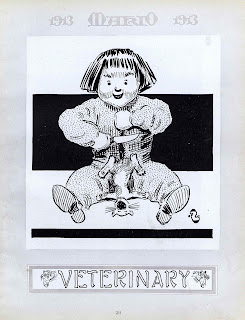 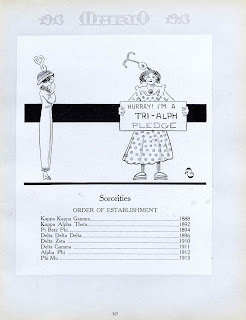 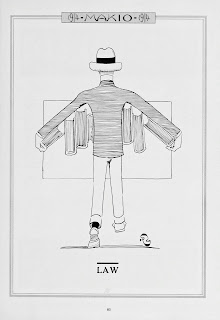 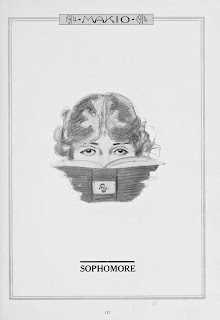 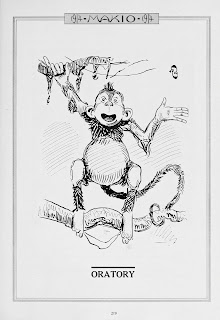 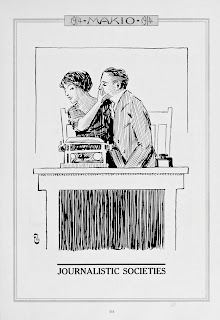 The 1915 New York state census recorded Rea in Manhattan, New York City, at 225 West 120 Street. He was a reporter. Current Biography said Rea “wrote drama criticism for the Ohio State Journal, and freelanced, selling drawings, rhymes and essays. Much of his prose and verse appeared in the old humor magazines, Life and Judge.”

On June 5, 1917, Rea signed his World War I draft card. He resided on Neck Road in Brookhaven, Suffolk County, New York. The artist had two years of military school. The description of Rea was short, medium build with dark blue eyes and red hair. Current Biography said Rea was a private in the Chemical Warfare Service. After his discharge, Rea continued to free-lance.


The marriage of Miss Dorothy Calkins, daughter of Judge and Mrs. Arthur B. Calkins of New London to Gardner Rea of New York will take place at the home of the bride’s parents, Monday, April 5. The ceremony will be performed by Rev. J. Beveridge Lee, D.D., pastor of the Second Congregational church. Miss Clara Calkins, sister of the bride, will be maid of honor.

Current Biography explained how Rea met his wife, a graduate of Pratt Institute


…Dorothy Julia Calkins, was sent to Rea for criticism of her drawings. He not only criticized her drawings, but in time proposed marriage, and in April, 1920, the two were married. “Haven’t had a vacation since,” Rea adds. After a few years in New York the two moved to Brook Haven, on Long Island, where they designed and built their own home….

Artist-Illustrator Rea, Dorothy and daughter, Mary, lived on Rodman Lane in Brookhaven, as listed in the 1925 New York state census. Current Biography noted Rea’s involvement with the New Yorker and other magazines.


Rea was one of the small group which Harold Ross gathered around him to start the New Yorker in 1925….He also contributed to Collier’s and King Features, and to so many other publications he cannot list them. The New Yorker, Life, and Judge once ran covers by the artist during the same week.

A 1927 issue of Judge published this piece about Rea.


Gardner Rea’s full name is Gardner Rea Levy; he is one of the Mississippi Levees and his proud boast is that he knows no master. Gardner, or, as he is often called, Gardner, was formerly a member of the House of David, but about three years ago suddenly went southpaw and has been that way ever since. A curious fact about about the boy is that up to his eighteenth birthday he had always gone barefoot and had to be thrown to get shoes on his feet He never rides in any vehicle save his own trusty wheelchair, disdaining the scooter as “premature, a mere rich man’s toy.” His favorite color is bottle green and his best-loved drink the juice of three crushed lemons and two quarts of Booth’s High and Dry. He will be two years old next August and is the best turkey trotter in Queens and Richmond. “But you are not always bothered with poor light, are you?” inquired the gas company's clerk.

“Oh, no, not always!” replied the complaining householder.

“Ah, I thought so. It’s only at certain times that you notice it. eh?”

Another daughter, Barbara, was in the Rea household in the 1930 census. Rea still resided in Brookhaven but on Harrison Lane. His wife’s occupation was decorative artist in the magazine industry.
Rea illustrated Harry H. Fein’s book, The Flying Chinaman (1938). 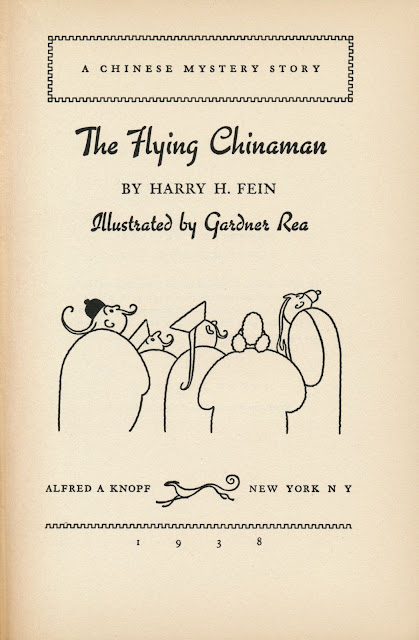 The 1940 census counted Rea as a Brookhaven resident on Meadow Lane.

American Newspaper Comics (2012) said Rea was one of six credited contributors to PMantics which debuted August 18, 1941 in the New York City newspaper, PM. When PMantics was syndicated it was re-titled Crack-Ups. Chon Day replaced Rea in March 1942.

Rea’s cartoon output and style were noted in Current Biography:


The cartoonist writes about forty gags a week. Most of these he sells to editors who assign them to other cartoonists to draw….Rea thinks he has published some ten thousand of his own wiggly-line cartoons….As for the characteristic “wiggle” of his line, he once laughed, “I’m sticking to it now so nobody will catch on when I get senile.”

…The first collection of Rea cartoons, The Gentleman Says It’s Pixies, selected from 250 issues of Collier’s, appeared in 1944. His second collection, Sideshow (1945), which includes cartoons from the New Yorker, Saturday Evening Post, Collier’s, and other publications, was dedicated: “To my beloved family—despite whose untiring efforts, this modest opus finally saw the light of day.”

Current Biography added that in his spare time, “Rea reads twelve languages, is interested in anthropology and psychology, likes to listen to chamber music, and occasionally plays tennis on the clay court in his backyard.”

Rea passed away December 28, 1966, in Patchogue, New York. An obituary was published the following day in the New York Times. He was buried in Oaklawn Cemetery.