News of Yore: Requiem for a Failed Cartoonist

Note on the Following: I was tracking down a very obscure bit of information, about a very obscure weekly cartoon panel called Now You Know, and a very obscure cartoonist who I just discovered handled the art on it for the final months of its not very successful life. The name signed to the cartoons was DeMoreland. The art was certainly nothing memorable, workmanlike would be the best you could really say. Since I hadn't heard of the fellow, I idly Googled "DeMoreland cartoonist" just to see what might pop up. I got just seven results, all pointing to the same column by Robert Ruark that ran in various papers on September 14 1948. It was a touching remembrance of a man who aspired to greatness, and who fell so far short that he just couldn't accept his own failure.

NEW YORK -- Last weak a lean, starved-looking young man with wild hair committed suicide here in New York. The papers called him a poet. First he jumped off a building in Greenwich Village and when that didn't kill him, he went home and strung himself up from a pipe.

His name was Jack DeMoreland. The police knew little about him; the papers less. The art critic whom he visited just before he leaped off the roof knew him scarcely at all. He attracted attention only because his first attempt at suicide failed to kill him.

I knew DeMoreland well. He was a friend of mine for many years before the war. He wasn't a poet. He was an artist -- a painter and a cartoonist. We had worked together on the Washington Daily News. I have several of his pictures.

The anatomy of suicide is a strange, complex thing; rarely the same in any man. I know why DeMoreland killed himself. He killed himself because he saw the most beautiful pictures any man ever saw. They were right there, clamoring to come out of his head, but his hands weren't good enough to draw them forth.

Jack knew what he wanted to put on paper, knew it so well that it hurt him. But when he picked up the brush or the pen it was always a bad distortion of what he was trying to say. He was like a man whose head rings with wondrous music, but, when he opens his mouth to sing, only croaks emerge.

An alienist would say that the man was a definite psychopath, and so, I suppose, he was. He had tried to kill himself once before, long ago, in a fit of horrid depression he had spent a short time in a mental hospital. It was the one true case of complete artistic frustration I ever knew.

DeMoreland used to do little line sketches for me on sports stories, and later illustrated the top city-side feature of the day. During the first days of the war we set him to doing the daily military map. Those maps finally got to him. Here was a guy who wanted to scream out loud with a paintbrush, and he was over in the corner with an inkwell, tracing the progress of the Germans against the Russians, the Japs against the Americans.

Most of the time DeMoreland was a quiet, seemingly 'normal' human being, who wore neckties, shaved, drank moderately, went out with a variety of women, and who rarely talked art. But occasionally the black desperation would stifle him, and he would forget to come home. He would forget to eat, to sleep, to wash.

It was then that a girl reporter used to take him in hand, She would throw a big slug of bourbon into him, feed him forcibly, and plant him on the divan, where he'd sleep for 20 hours or so and snap back to his cartoons and his maps. I think the girl loved him very much, but there wasn't much future in it. His head was too full of pictures -- pictures that couldn't be born.

You meet a lot of dilettante artists in big cities like New York. They live in Greenwich Village, mostly, and spend more time in the smoky little cheap-gin joints looking picturesque that they spend in front of an easel or at a typewriter.

Jack DeMoreland was no dilettante. He was a worker. He would work 24, 36 hours at a crack, striving for a perfection he knew, actually, he'd never achieve. There was no bogus Bohemian in Jack -- at least not through the years I knew him. He dressed like a young business executive, when he was off on one of his "tranquil" stretches, which sometimes ran for a year at a crack. He was a handsome youngster. He talked well. There was never anything "arty" about him.

Something, I guess, finally went really wrong in his head. New York, which he once told me seemed like the answer, obviously couldn't supply the necessary skill his hands lacked. He tried, and he tried again, and finally he got so tired it all seemed too tough to live with.

But a great artist lies in the morgue as I write this. It isn't his fault that he was born with a carpenter's hands. 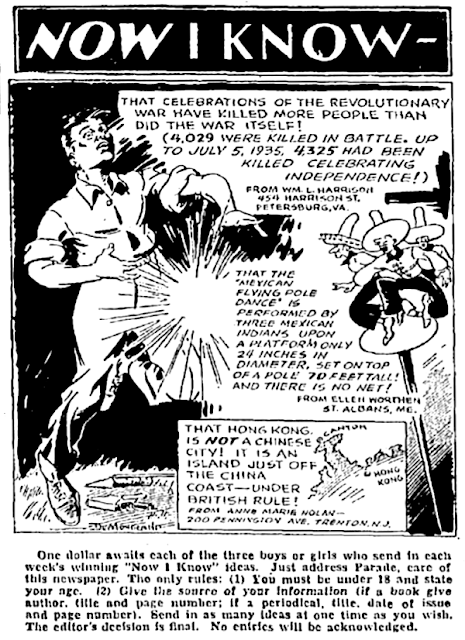 Comments:
That's heartbreaking.. moreso because his artwork here isn't so bad as to suggest that he couldn't have improved with time.