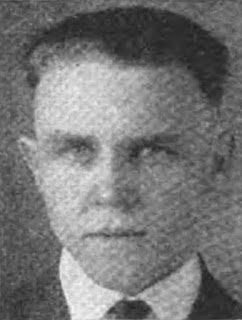 Arthur Oscar Huhta was born in Crystal Falls, Michigan, on April 18, 1902. His birth date is from the Social Security Death Index, and his birthplace is from the Masters of Screwball Comics. Around 1905 Huhta’s family moved to the Pacific Northwest.

The 1910 U.S. Federal Census recorded Huhta, his parents and siblings in Seattle, Washington, at 1715 64 Street West. Huhta was the second of five children. His parents, Gust, a tailor, and Adolphine, were Finnish emigrants.

Huhta’s art talent was recognized in the Seattle Times, May 4, 1919, which published the names of the winners in the Painless Johnson Dentists slogan contest. Huhta placed eighth and won five dollars. 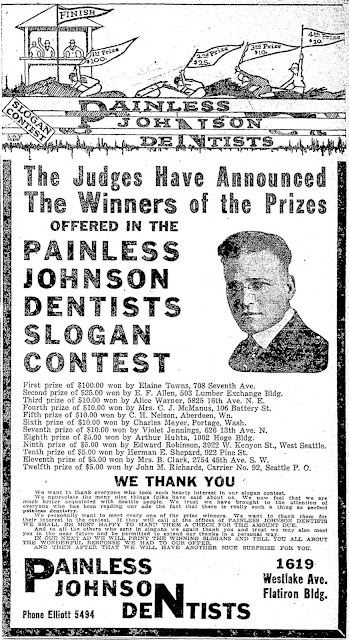 According to the 1920 census, Huhta had a job as an office boy at a grain company. He still lived with his parents and siblings in Seattle but at a different address, 5260 Eleventh Avenue Northeast. Seattle city directories for 1920 and 1922 listed Huhta as a clerk at 5911 11th NW.

The Seattle Times’ Junior Citizen section took note of Huhta’s talent on September 21, 1921: “Art Huhta, amateur cartoonist and a generous contributor to the pleasure of Seattle boys and girls, called up yesterday to know if the Junior Citizens had any place for him. We sure have, Art.”; and the November 18, 1922 edition published his cartoon (below). 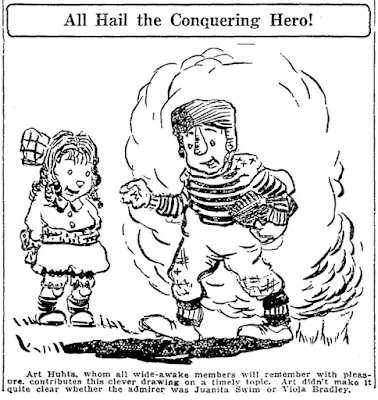 Huhta moved to Chicago, Illinois in the mid-1920s. Who's Who of American Comic Books 1928–1999 said Huhta received additional art training at the Art Institute and the Palette and Chisel Academy of Fine Arts.

American Newspaper Comics (2012) said Huhta teamed up with writer, S.L. Huntley, to produce the strip, Mescal Ike, which ran from December 6, 1926 to August 24, 1940. It was syndicated by the Chciago Daily News followed by Associated Newspapers. Huhta also assisted on The Nebbs comic strip. His name appeared in the August 2, 1937 strip (below). Other Huhta comic strips are Dinky Dinkerton Secret Agent 6 7/8 plus its topper Hokum Hotel, and Wild Rose. Dinky Dinkerton and Mescal Ike appeared in comic books. Alberto Becattini said Huhta was a ghost artist on Mostly Malarky. In The Funnies: 100 Years of American Comic Strips (1995), Ron Goulart said Huhta was “ghosting Tiny Tim, and producing a series of original Dick Tracy comic books.”

In Comic Book Artist Collection, Volume 3 (2005), Mike Grell said Huhta “was one of the animators who worked on Fantasia, in the dinosaur scene.”

In the 1930 census Huhta was married to Taublee, a Romanian emigrant who was naturalized and the proprietor of a millinery store. They resided in Chicago at the Sovereign Apartments, 6200 Kenmore Avenue.

Huhta was a Chicago resident in the 1940 census which listed his three sons, Richard, James and Arthur. The family of five lived at 6535 Minnetonka Avenue. Huhta’s occupation was commercial artist. 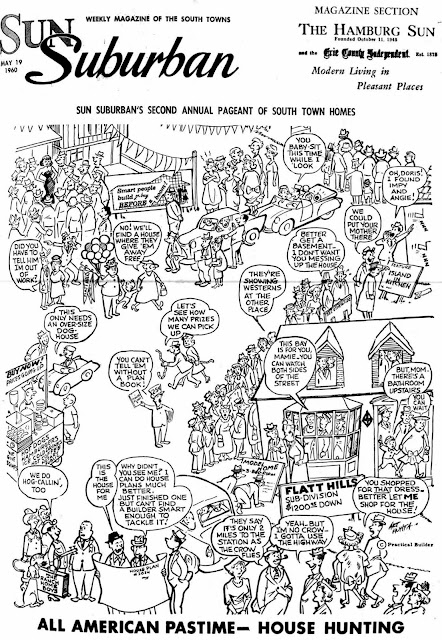 Who's Who of American Comic Books said Huhta was a teacher at the Chicago Academy of Fine Arts.

Huhta passed away October 14, 1990, in Cook County, Illinois, according to the Social Security Death Index.