Wallace Morgan was born in New York City on July 11, 1873, according to the National Cyclopædia of American Biography (1950). His parents were William Penn Morgan and Frances Ann Wallace. Morgan’s father was an artist who moved his family to Albany, becoming a professor of art. Morgan attended schools in New York City and Albany.


[Morgan] had chosen to take up the profession of art rather than to enter college. The National Academy was then at Twenty-third street, and young Morgan began his studies there with the intention of becoming a painter or a mural decorator, the latter field holding a strong attraction for him. He had the illustrator’s point of view, however, and soon found his greatest interest to lie in that in that direction. While studying, an opportunity came for him to fill in the place of a friend who had been a part-time artist on The Sun, and he accepted the opening eagerly but still continued his studies at the Academy, which meant working day and night.

…A year later, Morgan was called to the regular staff of The Herald, but he continued to devote some of his time to study at the National Academy until he felt competent to gain his further progress by experience. His work quickly became popular. He possessed in a high degree the ability to inject life and action into an illustration, and he could convey to the average newspaper reader exactly the atmosphere of the scene which he pictured. His life was full of incident and adventure, he sometimes receiving assignments that lasted a month or six weeks and upon which he had to hold himself in readiness to start at a moment’s notice.

In the 1900 census, the Morgan family were New York City Manhattanites at 206 West 133rd Street. Morgan’s occupation was artist. National Cyclopædia said Morgan, in 1898, began an eleven-year stint as staff artist for the New York Telegram and Herald. 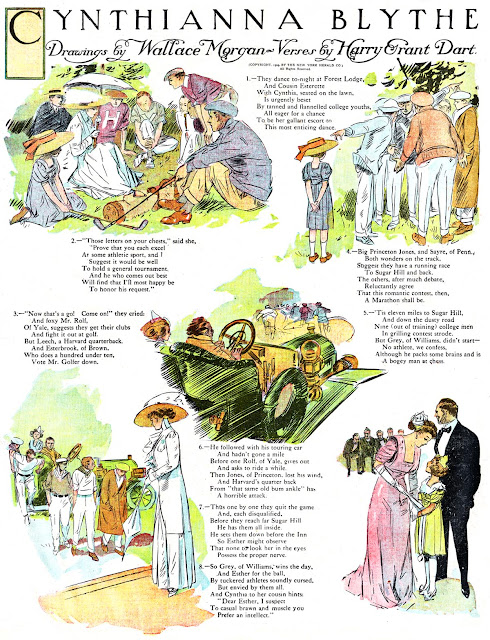 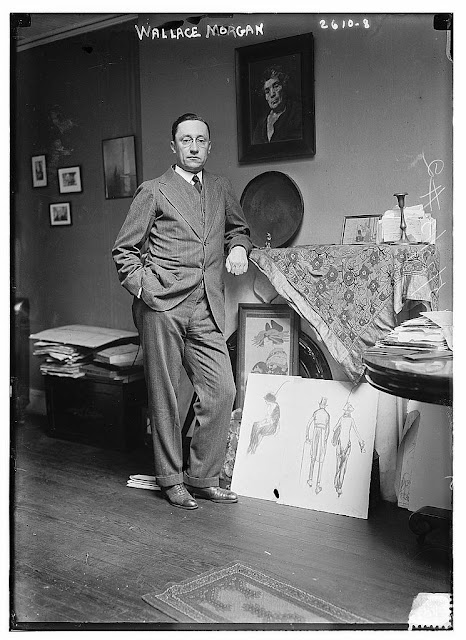 Morgan was one of ten cartoonists pictured in the New York Sun, June 8, 1913.

Morgan and Julian Street traveled twice across America. The result was the books Abroad at Home (1914) and American Adventures (1917). 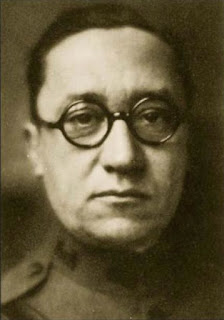 During World War I, Morgan served overseas from March 14, 1918 to April 1, 1919. The New York Times, April 25, 1948, said he was with the American Expeditionary Force in France. Morgan and several artists answered General Pershing’s call to produce a pictorial history of the conflict. Morgan depicted the fighting in Chateau Thierry and Belleau Wood. Morgan was discharged May 7, 1919. Morgan illustrated wartime stories for McClure’s and Everybody’s Magazine.

Morgan was counted twice in the 1920 census. He and Elizabeth continued to reside at 312 West 93rd Street. Morgan’s studio was at 6 East 30th Street. A 1922 New York City directory and passenger list recorded Morgan’s address as 61 East 86th Street.

Some time later, Morgan’s new residence was 25 East 86th Street. The same address was in the 1930 census. Brother and sister had moved again, according to the 1940 census, to 162 East 80th Street.

Morgan was a contributor to Life, the New Yorker and the Rotarian magazines.

Late in his career, Morgan did the comics adaptation of Cluny Brown for the Book-of-the-Month Club series which was distributed by King Features in 1945.

Morgan passed away April 24, 1948, in his New York City home at 162 East 80th Street. The cause was a heart attack as reported the following day in the New York Times. He was survived by his sister.