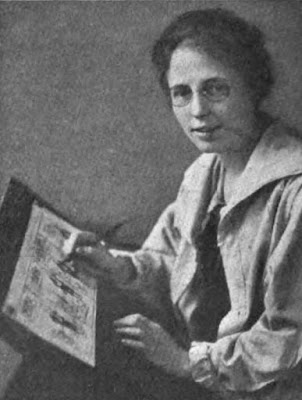 Frances Edwina Dumm was born in Upper Sandusky, Ohio, on July 21, 1893, according to biographies at the American National Biography: Supplement 2 (2005) and Billy Ireland Cartoon Library & Museum. In the 1900 U.S. Federal Census, Dumm was the oldest of two children born to Frank, who worked in a printing office, and Anna. The family of four lived with Dumm’s paternal grandmother, Sarah, and an aunt, Ella. All of them resided in Upper Sandusky on South Main Street.

The 1910 census recorded Dumm, her parents and siblings, Robert and Sarah, in Columbus, Ohio, at 1012 Dennison Avenue. In the American National Biography, Robert C. Harvey said Dumm’s father was “an actor, playwright, and newspaperman”. He moved from New York City to Ohio to oversee his father’s newspaper business. The Thirty-ninth Annual Report of the Public Schools of Columbus, Ohio (1912) had Dumm’s address (1012 Dennison Avenue) and occupation (stenographer).

Harvey said Dumm decided to be a newspaper cartoonist and used the Landon School correspondence course. According to the Billy Ireland Cartoon Library & Museum, Dumm completed the course then applied for a staff artist position at the new weekly newspaper, the Columbus Saturday Monitor. Dumm was hired and “her work was first published on August 7, 1915”. In 1916 the Saturday Monitor became the Daily Monitor whose last issue was dated July 5, 1917.

American Newspaper Comics (2012) said Dumm created three series for the Monitor. Dumm produced Spot-Light Sketches from August 28, 1915 to February 12, 1916. It was retitled Meanderings of Minnie and ran from February 19 to July 23, 1916. Dumm’s third series was Human Interest Stories, running from April 15 to July 1, 1916. 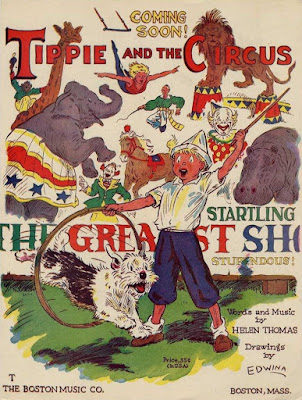 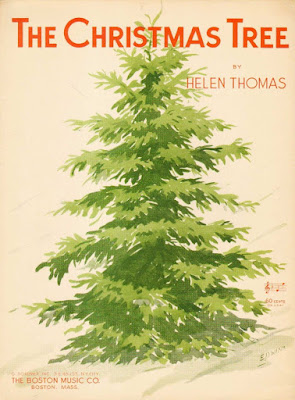 American Newspaper Comics said Edwina’s Cap Stubbs and Tippie began in 1918 from the George Matthew Adams Service which syndicated the strip to May 29, 1965. The Washington Star Syndicate handled the strip to September 3, 1966. 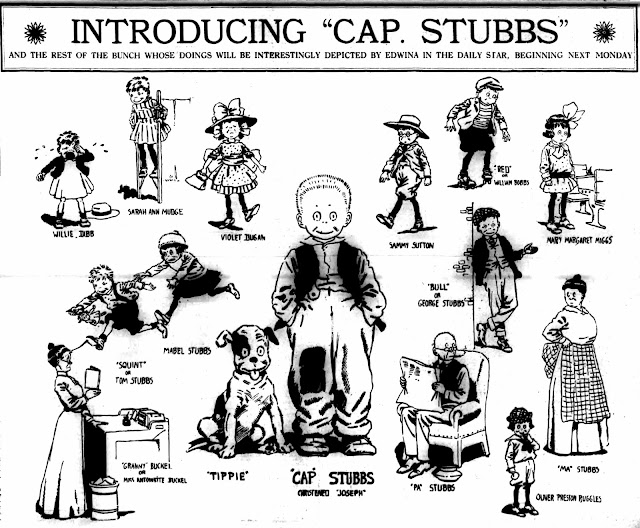 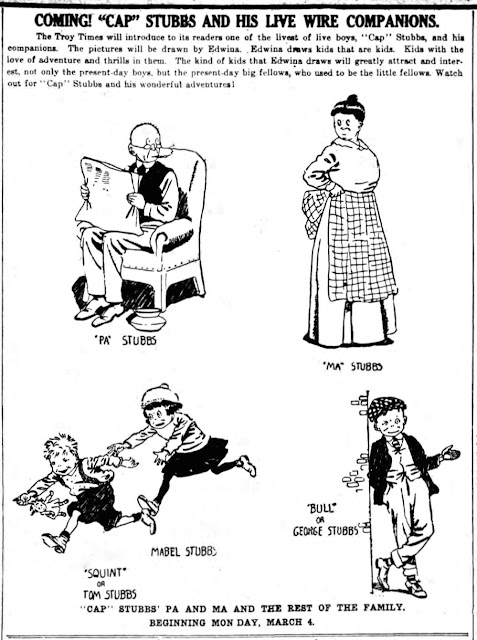 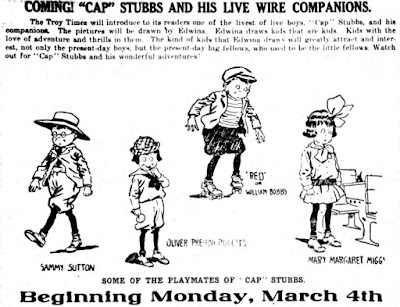 Dumm illustrated several books including The Diamond Cross Mystery (1918), Two Gentlemen and a Lady (1928) and Sonnets from the Pekinese.

Newspaper artist Dumm, her mother and brother were Manhattan residents in the 1920 census. Their home was at 604 West 115th Street.


Young Girl Cartoonist Is Making a Name for Herself.
Miss Edwina Dumm, who draws a humorous strip depicting the every-minute experiences of a boy and a dog under the name of “Edwina,” is one of the few successful cartoonists of her sex.

When “Edwina’s” identity is revealed to anybody who has studied her comic strip, the usual comment is: “Impossible! A girl couldn’t draw such a good strip about boys and dogs!” “Edwina” has been drawing ever since she was a child. Although she has just passed her twenty—second birthday, she has had a great deal of newspaper experience, as her comic strip “Cap” Stubbs, featuring the funny dog “Tippie,” has been syndicated for several years by the George Matthew Adams Service and has appeared in newspapers all over the country.

“Edwina” started her newspaper career on the Columbus (Ohio) Monitor, a weekly at that time and later a daily, now defunct. At that time she drew political cartoons. She joined the Adams Service in New York three years ago.

New Canaan, Connecticut was the home of Dumm and her mother in the 1930 census. They lived on Jelliff Mill Road. Dumm was a self-employed newspaper artist. Not long after the census enumeration in April, Dumm sailed to Europe. The Norwalk Hour (Connecticut), June 20, 1930, took note of Dumm’s trip, “Miss Edwina Dumm of Jelliff’s Mill road will return to her summer home from a six weeks abroad, in a few days. Miss Dumm visited many points of interest while away.” She returned on June 21, 1930. The passenger list recorded her address as Talmage Hill in New Canaan. 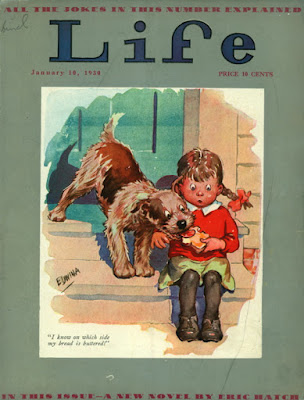 In 1931, Dumm’s created another series called Alec the Great. It was syndicated first by the George Matthew Adams Service then followed by the Washington Star Syndicate.

According to the 1940 census, Dumm lived in New York City’s Wellington Hotel at Seventh Avenue and 55th Street. Her occupation was artist. The 1942 New Canaan city directory listed Dumm, her mother and brother as residents on Jelliff Road. 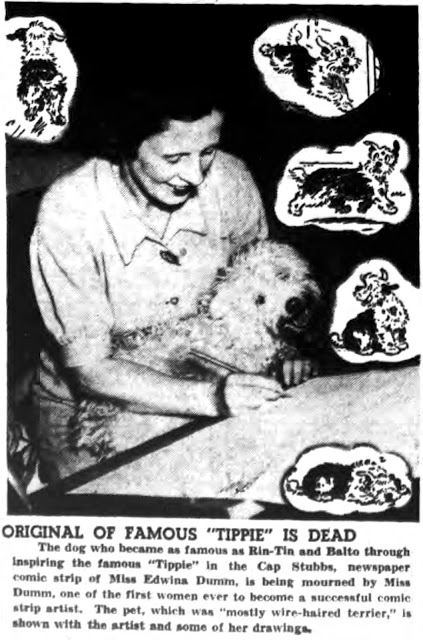 Dumm passed away April 28, 1990, in New York City. Her death was reported by the New York Times on May 2. Dumm was laid to rest at an unreported location.

Comments:
Can anyone tell me how to contact the Dille Family Trust? Also does anyone know anything about the Dom Lavin School of Cartooning? It would have been in Chicago in the early 1930s. carolke5@aol.com