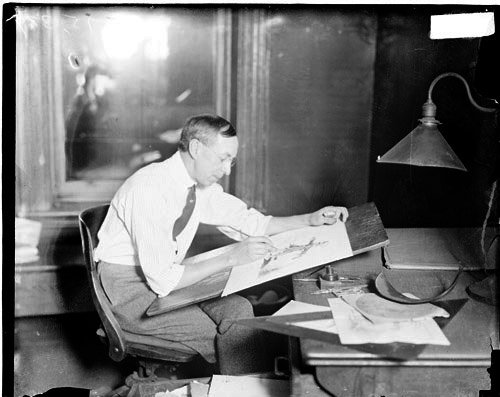 Edward Scott “Ted” Brown was born in Stillwater, Minnesota, on September 14, 1876. Brown’s full name and birth date were on his World War I draft card. The birthplace was recorded his his Social Security application. The 1880 U.S. Federal Census said Brown was the youngest of three children born to lumberman George and Ida. They resided in Stillwater on Second Street.

The Literary Digest, October 14, 1933, profiled Brown and told how he got into art.

Brown was counted twice in the 1900 census. He was a member of the family in Minneapolis, Minnesota, at 3207 4th Avenue. Brown actually lived in Porcupine, Alaska, with seven other people. He worked in mining.

The Seattle Times (Washington), April 21, 1940, said Brown “returned to Minneapolis with no gold, but with valuable knowledge of human nature and with a determination to make a living with lighter tools than pick and shovel. From an apprenticeship in an art shop in St. Louis, Brown soon graduated to commercial drawing and eventually broke into the newspaper field with The Chicago Daily News….”

American Newspaper Comics (2012) said Brown created over two dozen strips, including The Inventor, from 1904 to 1914, for the Chicago Daily News. Brown also contributed to four series by other cartoonists.

According to the 1910 census, newspaper artist Brown as a resident of Proviso, Illinois. He and his wife lived at 718 4th Avenue. The Indiana Marriage Index, at Ancestry.com, said Brown married Amelia Otis on October 12, 1905 in Lake County. The couple had two sons, three-year-old son, Edward Jr. and eleven-month-old Phil. 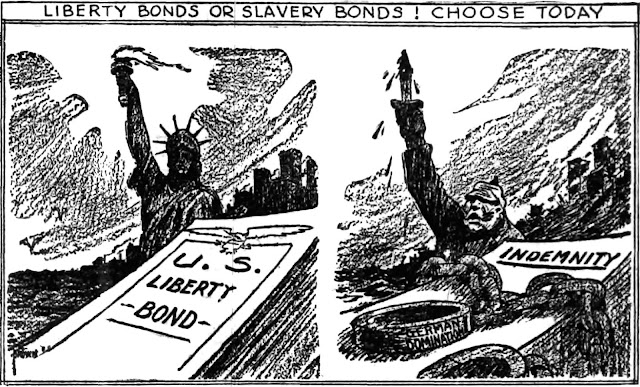 During World War I, the Editor & Publisher, May 4, 1918, reported Brown’s award-winning cartoon (above). Brown signed his draft card September 12, 1918. His address was 59 West Stone Avenue, La Grange, Illinois. The Daily News cartoonist was described as medium height and build with brown eyes and dark hair. 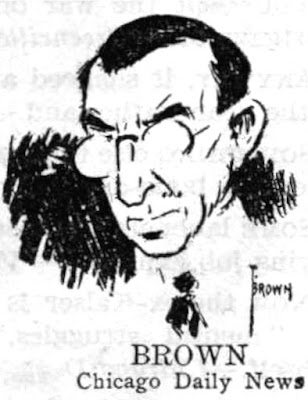 Brown’s address was unchanged in the 1920 census. The family included a third son, Gordon. In 1925, Brown joined the staff of the New York Herald-Tribune.

A 1927 Norwalk, Connecticut, City Directory listed Brown at 35 East Avenue which was the address in the 1930 census. The census said Brown’s household included his mother-in-law, Julie Otis, and adopted daughter Claire who was a year-and-a-half. 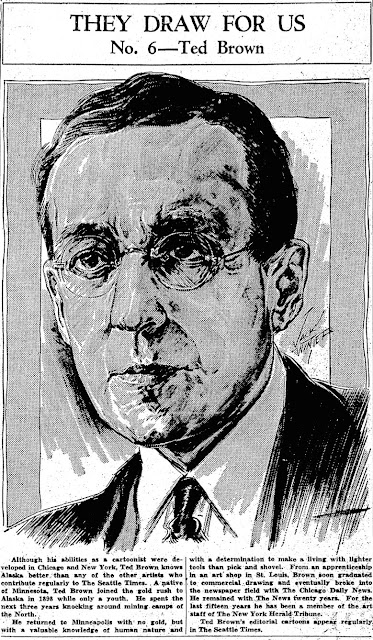 Brown has not been found in the 1940 census. His home address did not change according to a 1941 city directory.

‘Ted’ Brown, Tribune Cartoonist, Dies
Norwalk, Ct., Dec. 28 (AP) — Edward Scott “Ted” Brown, 66, of this city, cartoonist for the New York Herald-Tribune since 1925, died today at Norwalk Hospital after a brief illness. He came to the Herald-Tribune in 1925, after 17 years with the Chicago Daily News.

Born in Stillwater, Minn., Brown went to Alaska in the gold rush when he was a young man and was a member of the Arctic Brotherhood of Alaska and the Adventurers Club of Chicago.

Ted Brown, Cartoonist, Dead
Norwalk, Conn. — Edward Scott (Ted) Brown, an editorial cartoonist for the New York Herald Tribune for 17 years, died yesterday in the Norwalk Hospital after a brief illness. He was 66 years old. Mr. Brown joined the staff of Tribune in 1925, after 21 [sic] years with the Chicago Daily News. His cartoons, supplementing those of Jay N. (Ding) Darling in the Herald Tribune and papers subscribing to the New York Tribune Syndicate, appeared at frequent intervals until last June, when poor health reduced his work.