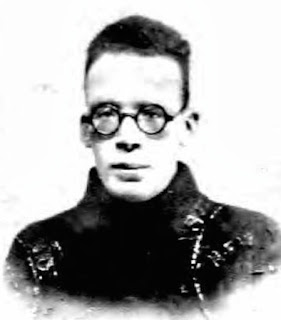 Posen has not yet been found in the 1900 U.S. Federal Census. The 1910 census recorded Posen in his mother’s household which included his older sister Minnie and younger brother Samuel. Their mother was a dealer at a store. The quartet resided in Manhattan at 1493–1495 Madison Avenue.

The 1915 New York state census said the family resided in Brooklyn at 717 Eastern Parkway. Posen’s occupation was cartoonist. Information about Posen’s art training has not been found. Posen illustrated Jo Swerling’s book, Typo Tales, which was advertised in The American Printer, May 1915 and The Printing Art, June 1915.

The New York University Catalogue 1915–1916 listed Posen as a freshman in the School of Commerce, Accounts and Finance.

On June 5, 1917, Posen signed his World War I draft card. Posen’s address was the same and film broker was his occupation. He was described as medium height and build with blue eyes and brown hair. A 1917 New York City directory said Posen worked for the Strand Film Company.

Posen has not yet been found in the 1920 census because he may have been overseas.

In 1921, Posen was the producer of the lost Marx Brothers’ film Humor Risk which is discussed here and here.

American Newspaper Comics (2012) said Posen’s first strip was Them Days Is Gone Forever which ran from February 13, 1922 to April 4, 1925. Years later it was one of the toppers to Sweeney and Son which had a long run from October 1, 1933 to August 21, 1960. Other Sweeney toppers were Jinglet and Rhymin’ Time, both of them began as dailies. Jinglet’s second appearance was a topper to Ella and Her Fella, which began May 21 and ended September 10, 1933. Two other early Posen series were The Jingles Belles (1924) and Call for Mr. Bingo (1925).

Posen’s home, in the 1930 census, was Brooklyn at 156 West End Avenue. The newspaper cartoonist was the head of the household which included his mother and a lodger.


Posen’s address was 720 West End Avenue, Manhattan, in the 1940 census and on his World War II draft card which he signed April 27, 1942. The cartoonist said he worked for the Chicago Tribune-New York News Syndicate.

In 1946, Posen was a charter member of the National Cartoonists Society.

Posen passed away June 10, 1960, in New York City, according to the New York Times which reported his death two days later. The cause of death was cancer.