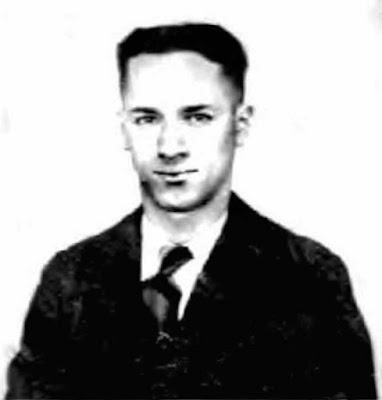 Horace Theodore Elmo was born Arazio Elmo in in Manhattan, New York City on April 3, 1903, according his 1925 passport application.

In the 1910 U.S. Federal Census, Elmo was the sixth of seven children born to Joseph, a barber, and Josephine. His parents and five older siblings were born in Italy. The family lived at 430 East 11th Street in Manhattan.


According to the 1915 New York state census, the Elmo family resided in Brooklyn, New York at 355 Atkins Avenue.

The 1920 census recorded the Elmo family at 878 Kelly Road in the Bronx, New York. Elmo’s occupation was stock clerk in the exporting industry. His father’s birth name was Sebastian, who brought his family to America in 1900.

Information regarding Elmo’s art training has not been found. Apparently some of Elmo’s earliest cartoons appeared in 1923 issues of Judge on its Amateur Page.

A crew list said Elmo was an assistant steward on a steamship from April 5 to May 27, 1923. He was aboard the steamship Ulua when it traveled from Havana, Cuba to New York City. Elmo’s second trip to Cuba was in May 1925. The passenger list recorded Elmo on the steamship Siboney and his address as 2516 Grand Concourse, Bronx, New York.

On March 4, 1925, Elmo applied for a passport so he could visit his father in Italy.

Elmo, his mother and two siblings resided in the Bronx at 30 Buchanan Place as recorded in the 1925 New York state census. Elmo’s occupation was cartoonist.

The Editor & Publisher, June 5, 1926, listed Elmo’s Little Otto daily strip which was to be syndicated by Wheeler-Nicholson. It’s unclear if the strip was ever published.

The couple returned from a trip to Havana, Cuba on March 3, 1929. The passenger list recorded their address as 1304 Grand Concourse, Bronx, New York.

Elmo lived at 2497 Grand Avenue in the Bronx according to the 1930 census. His occupation was newspaper cartoonist. It’s not clear what happened to Elmo’s wife, Martha, but he remarried, on February 3, 1931, to Vilma A. Molnar. 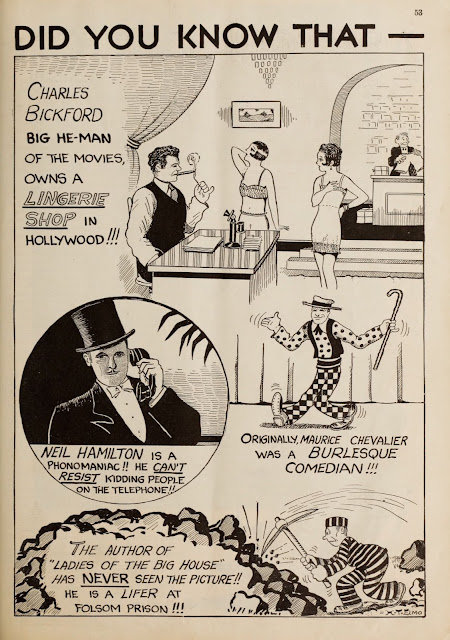 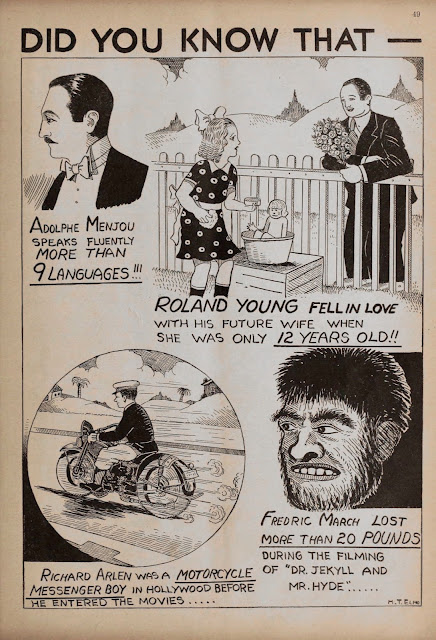 The second half of the 1930s was a very productive period for Elmo as an artist and packager.

Jack Kirby contributed to several of the aforementioned comics. Kirby also drew these strips for Elmo: Abdul Jones, The Black Buccaneer, Cyclone Burke and Socko the Sea Dog. So far, these four titles have not been found in any copyright catalogs.

Copyrighted in 1942 were Sally Snickers and Useless Eustace. It’s Amazing was a copyright entry in 1943.

In 1950 Elmo drew The Rhyming Romeos which was copyrighted by Famous Funnies.

The 1940 census recorded Elmo, his wife and two children, Elaine, age 7, and Horace Jr., age 2, at 3436 Corsa Avenue in the Bronx, New York. Elmo was a freelance cartoonist.

A Walter Winchell column, published January 29, 1955 in the Kingsport News (Tennessee), said Elmo was a cartoonist at the New York Evening Graphic.

Elmo passed away on October 23, 1992 in the Bronx, New York, according to the Social Security Death Index.