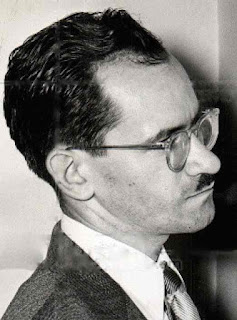 Francis “Frank” Louis Williams was born in Bay City, Michigan, on June 28, 1913, according to the Social Security Applications and Claims Index, which also had his full name, and the Detroit Free Press, April 18, 1992. The application named his parents who were John Williams and Frances L. Ward.

In the 1920 U.S. Federal Census, Williams, his widow mother and younger brother Claude were in his maternal grandmother’s household which included Williams’s uncle and aunt. Williams’s father was a Michigan native and mother a Canadian emigrant who was a stenographer at the Readi-Cut House Manufacturing Company. The families resided in Bay City at 220 Stanton Street.

Williams’s mother remarried to William W. Rehmus. According to the 1930 census, the couple lived at the same Bay City address. However, Williams and his brother were not there; they have not yet been found in this census.

The Free Press said Williams “attended the now-defunct Detroit Art Academy. In 1933 he began working as a copy editor at the Bay City Times, where he also drew cartoons. He worked for Booth Newspapers from 1935 to 1943, when he started at the Free Press. His early days at the newspaper included drawing cartoons for the sports department.”

American Newspaper Comics (2012) said Williams, William Fanning and Max Rasmussen were the artists on Edward Geller’s The Story of an Ambitious Man Who Made Jobs for Thousands Through Free Enterprise which began December 7, 1947. The strip was published and syndicated by the Free Press.

Williams was the editorial page cartoonist for the Free Press for 35 years until his retirement in 1978. The Free Press said “Williams was honored several times with citations from the Freedoms Foundation and the National Safety Council. His trademark small man with a wide grin and bushy black moustache, who often appeared in his work tagged John Q. Public, was a caricature of himself….” One of his hobbies was flying model planes.

Williams passed away April 12, 1992, at his home in Canadian Lakes, Michigan, according to the Free Press, which said his wife died in 1987 and was survived by two sons, a daughter, five grandchildren, and a brother.