Obscurity of the Day: The Career of Cholly Cashcaller 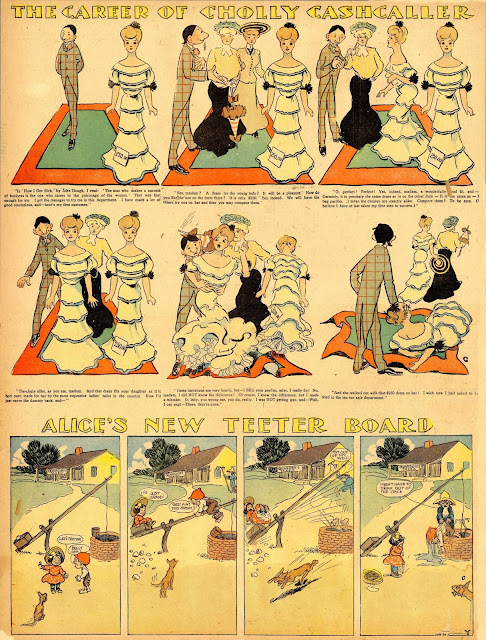 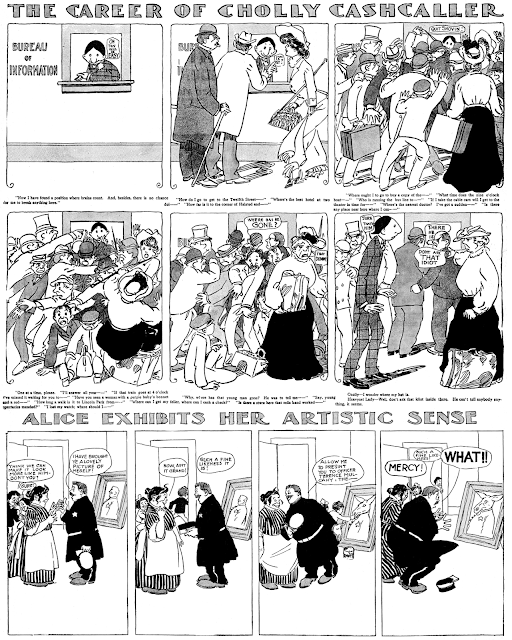 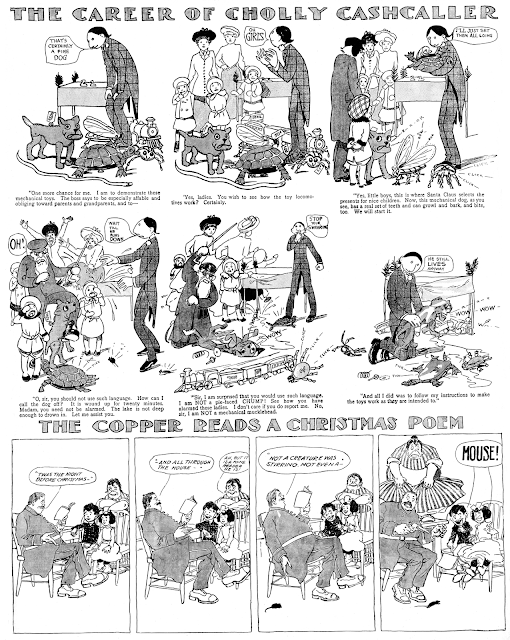 I can understand an artist maintaining anonymity when they produce a bad strip, but when they produce something wonderful it certainly is a shame not to take credit. That's the case with The Career of Cholly Cashcaller, which ran in the Chicago Tribune's Sunday funnies from June 26 1904 to February 26 1905. It was usually unsigned, except on rare occasions when the artist would monogram it "G". I haven't a clue who "G" is, and I don't know of any Trib artists who might fill the bill.

This delightful strip stars a wet-behind-the-ears but very earnest young feller trying to make good in business. He reads an endless series of "How to Succeed" books that promise to teach him how to become the next Rockefeller, tries to put the lessons into practice and invariably finds that in the real world things don't go quite the way they do in books.

Both the art and writing on this feature are delightful, and far above the level of the typical slapstick shenanigans of that era's comic pages. In fact, the strip was often accompanied on the same page with Alice's Adventures in Funnyland, an utterly typical strip of the day. Rotten kids? Check. Stereotyped characters? Check. Dialect that's supposed to be funny, but just makes it hard to read? Check. I've included those strips on the scans above since they provide such a stark contrast between the typical dreck and this fabulous material.

If you'd like to read more of Cholly's misadventures, head over to Barnacle Press, which offers a nice selection of them. Thanks very much to Cole Johnson, who supplied the above samples.

Comments:
I've been digging around and discovered a newspaper that reproduces both "Cholly Cashcaller" and "Lucy and Sophie say Goodbye" quite nicely. Apparently, Lucy and Sophie appeared exactly one week after the last Cholly strip, and the balloon lettering is pretty much identical.