Wish You Were Here, from Phony Alphonse and Fake Gaston 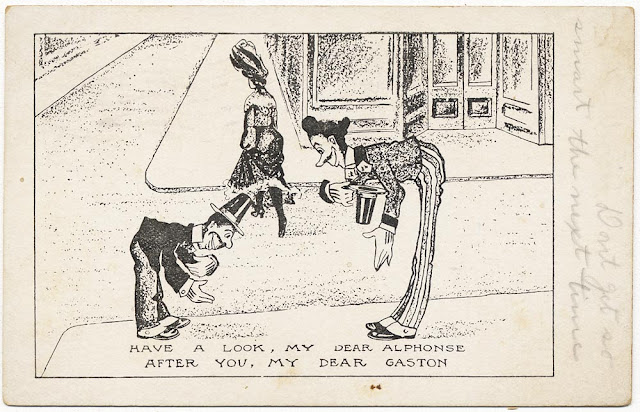 This postcard appropriates Fred Opper's famed Alphonse and Gaston characters to play in a gag that is a just a tad sexier than their usual fare. The cartoonist copied the two characters verbatim from Opper, but was inept enough that it is obviously faked. This cartoon, not even properly formatted for the card, actually appeared on several different  variant postcard versions. There's even a version where the cartoon characters have been replaced with photos of costumed actors playing the parts.

For obvious reasons, these cards do not offer manufacturer info. They are undivided backs, so prior to 1907.