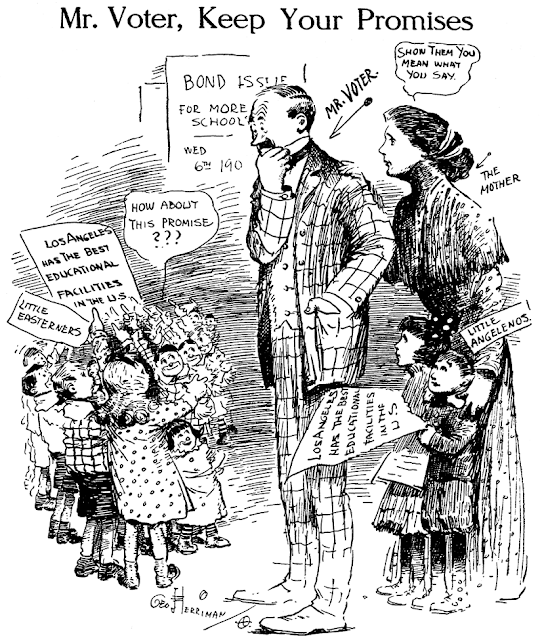 January 4 1909 -- This week Angelenos will go to the polls, and one issue is whether to approve a new bond issue to build additional schools. Believe it or not, Los Angeles in 1909 was in need of money to build their THIRD high school.

When I first saw this cartoon, I thought, "Geez mother, if you want the bond issue, stop whining at your hubby and vote for it yourself." Oops -- no can do in 1909!

Wish You Were Here, from a Mystery Cartoonist 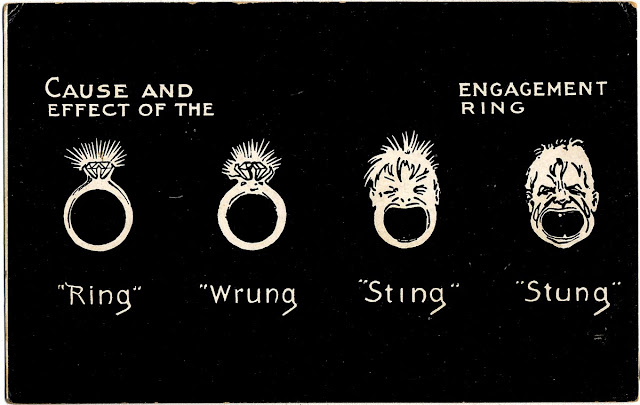 This divided back card offers no copyright info on the reverse, and the artist has chosen not to sign it. The style and the metamorphosis subject all point me to Winsor McCay, but I'm not aware that he did any postcard work. Even the Little Nemo series of postcards does not sport the Master's own artwork. Anyone care to hazard a guess as to our mystery cartoonist?

Pure Self-Promotion: Your Host as a Superhero

I guess you know you've really made a name for yourself in cartooning when you are honored to be caricatured as a superhero. A local magazine for my winter home in Lake County Florida, Lake and Sumter Style, did a short profile about li'l ole moi: 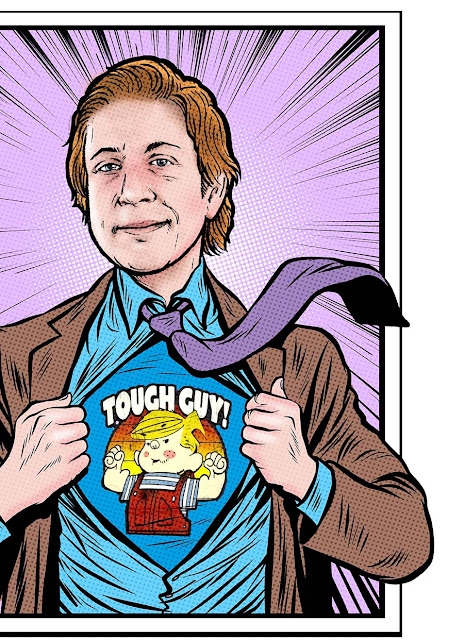 Comments:
Thanks for sticking with the blog for all of these years! It's nice that you credit Jim Ivey for opening up this world of fun to you. Good job!

I came upon a short stack of miscellaneous Sunbury (PA) Daily Item 1972 comics pages in my "to be filed" tower (the word 'pile' having been given up as a gross underestimation at this point). I came upon a single page, dated July 1 1972, that included the above strip, Lumer by Jerry Beaver. Other pages from late June did not include the strip. I had no comics pages from later than this date. Since I have no other record of the strip or the cartoonist, I pose the question to you -- does anyone have any info on the strip or Jerry Beaver? Since I have only the one example, I can't even list it as a series.

Other Questions
* Does anyone know of an online  resource that identifies if and where a digital  archive for a particular newspaper title is available? I spend a lot of time looking for newspaper titles (like for instance the Sunbury Item), checking newspapers.com, Google, Library of Congress, state archive websites, etc., and it sure would be great if that information was available in some central repository -- the Wikipedia page for the newspaper would get my vote as ideally convenient.

* a correspondent has asked me to tell him, in great detail, how newspaper comics get from the cartoonist's drawing board all the way to the printed page. He wants to know about the whole technical process, in layman's terms. Given that I don't have the free hours to do a complete brain dump, and that I'm likely to get some details wrong anyway, any suggestions for online sources where he can read up on this process? He is, of course, interested in how things worked in the bad old days, not in our new digital world. 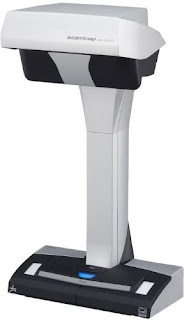 * I have just recently discovered that overhead book scanners are now available to the general public at reasonable prices (if -- gulp -- $800 can be judged reasonable). I've been looking at the Fujitsu ScanSnap SV600 specifically, but there are others. I would very much like to hear from anyone who has one of these, or knows how well they work, or can offer any suggestions on the particular brands and models that work best. The online reviews for the Fujitsu are decidedly mixed, and the reviews for the lesser brands are downright awful, so I'm wondering if I need to wait until the 'bleeding edge' days have passed. I have fantasies of digitizing my collections of various journals and getting rid of many running feet of bookcase space. Ooh, to have searchable digital versions of my long runs of Editor & Publisher! Nirvana!

Labels: Mystery Strips, Q and A

Comments:
Here's a Jerry Beaver in Sunbury who worked for the paper :http://www.dailyitem.com/community/anniversary/mr-and-mrs-jerry-beaver/article_5fc27fb5-8ca8-5e7c-970b-d93ecc1af18b.html

Here's the copyright entry for the May 5, 1971 strip: https://books.google.com/books?id=IDQhAQAAIAAJ&pg=PA119&lpg=PA119&dq=jerry+beaver+sunbury+pa&source=bl&ots=pwzy9hQ2B0&sig=-gAHaiAyHuwBiCFuTlggbaZb9-A&hl=en&sa=X&ved=0ahUKEwi7k8Gd3pPSAhWs3YMKHd8hDDkQ6AEINjAF#v=onepage&q=jerry%20beaver%20sunbury%20pa&f=false

There are a few resources I can recommend for finding free newspaper databases.

1) "Wikipedia: List of online newspaper archives". Note that if an American newspaper is listed as "Free" it could be a "Newspaper Archive" subscribed site freely available to a local public library and not nationally. If this link doesn't work type the title into Google. https://en.wikipedia.org/wiki/Wikipedia:List_of_online_newspaper_archives

2)Library of Congress U.S. Newspaper Dirctory 1690-present. Very useful for searching papers in the LOC collection, although they haven't digitized anything after 1924. http://chroniclingamerica.loc.gov/search/titles/

3)Newspapers Guide from The University Library and the Univ. of Illinois at Urbana-Champaign. This resource does included links to more widely available newspapers and not just the one available from the library. http://guides.library.illinois.edu/newspapers

Also search for "digital newspapers" every so often in news.google.com for news stories & press releases on newly digitized newspaper collections.

Hi Glynis --
Thanks for the links. Looks like Beaver did intend the strip to be ongoing, since he filed for copyright, but it seems he didn't manage to produce strips enough for daily frequency, since I have June issues that don't run the strip. I guess until I get to the Sunbury microfilm someday, or someone digitizes it, I'll have to table it.

Hi James --
Thanks for the wiki link. Although it is far from authoritative, it is another excellent weapon for my arsenal. Thanks!

Hi I can supply a little information on lumber. It only ran once a week usually on Fridays. The strip only ran that one summer. I suspect jim beaver was item employee and the strip was not syndicated. 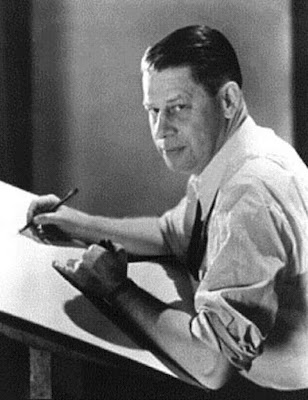 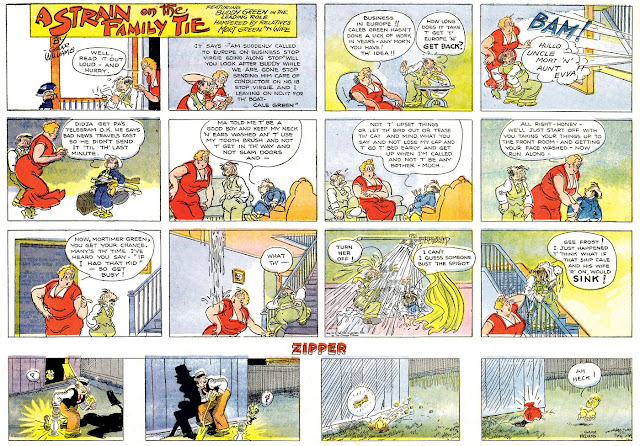