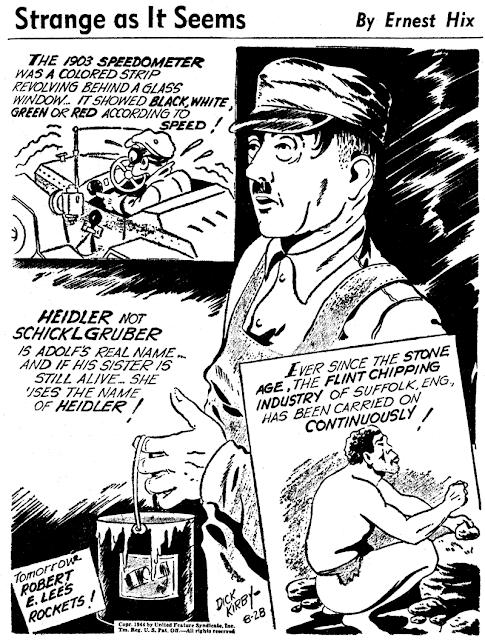 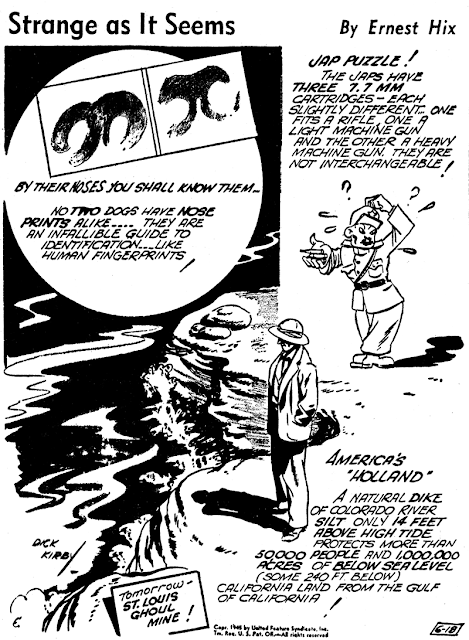 Around 1931, John and Ernest Hix moved the production of Strange as It Seems from the East Coast to Los Angeles, California where local talent was used on the series.

I found an artist named Richard Kirby who appears to be the artist on Strange as It Seem. Here is his story.

Richard D. Kirby was born on June 21, 1912 in Utah according to the California Death index at Ancestry.com.

In the 1920 U.S. Federal Census, Kirby was the youngest of two sons whose mother, Madie, was a widow. They lived in Kansas City, Missouri at 2725 Charlotte Street.

Kirby attended Westport Junior High School and, in the school yearbook, The Iris 1926, he was in Room 402. Over in Room 403 was Nadyne Hall, his future wife.

At some point Kirby’s mother remarried to Earl Hatcher, an insurance bookkeeper. The 1930 census the family resided in Kansas City at 1806 Jefferson Street. Kirby was a filing clerk at the telephone company. Where Kirby got his art training is not known. At some point he moved to California.

The 1940 Los Angeles city directory listed Kirby at 816 South Park View. He was an artist at Universal Printing & Litho Corporation.

According to the 1940 census, Kirby and Nadyne lived in Beverly Hills, California at 854 1/2 Huntley Drive. Kirby was a self-employed artist and Nadyne a department store switchboard operator. The same address for Kirby was in the 1941 city directory.

In the mid-1940s, Kirby worked on Strange as It Seems.

Kirby was in contact with other cartoonists. OhioLINK Finding Aid Repository has this entry in the Milton Caniff Collection Guide.

In 1972 Kirby wrote and illustrated Would You Believe It?: Strange, odd, interesting and unusual facts about the Queen Mary! It was this book that convinced me I had found the artist of Strange as It Seems. Below are the cover, title page with a self-portrait and two sample pages. Kirby signed some of the art with his initials. 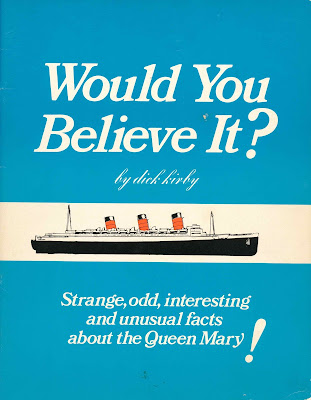 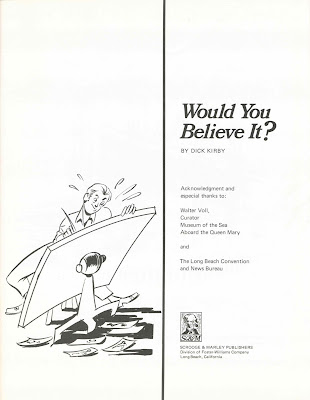 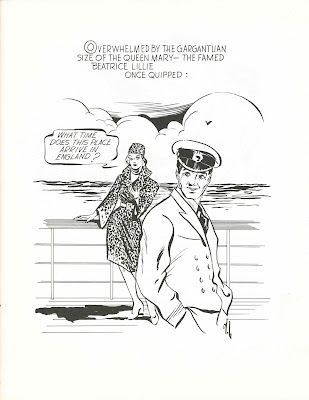 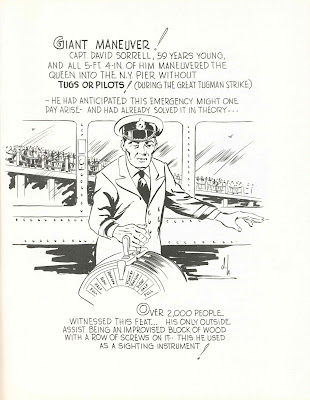 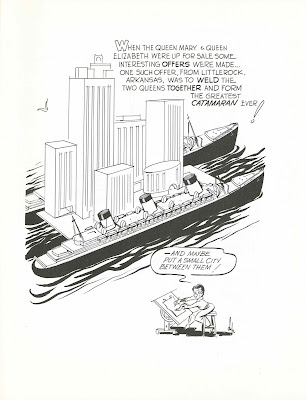 Kirby passed away March 19, 1975, in Los Angeles, according to the California Death Index at Ancestry.com.

There were two other artists surnamed Kirby in Los Angeles around the time of Strange as It Seems.

California native Bertram Kirby, age 39, was a commercial artist working in advertising. He was married with children. No other information about him was found.

The second was Harlan Kirby who was a newspaper artist in the 1940 census. Los Angeles City directories for 1937 and 1941 listed him as a Los Angeles Times artist. His specialty was map-making.