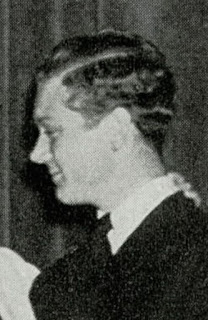 Heyes’s parents, Herbert Heyes and Mildred von Hollen, were married on September 12, 1913 in Hardin, Iowa. Their first child, Herbert Jr. was born in Illinois. On June 5, 1917, Herbert signed his World War I draft card. His address was 3920 Broadway in Manhattan, New York City. He was a motion picture actor employed by Louis Selznick, Inc.

The 1920 U.S. Federal Census recorded Heyes as the youngest of two sons. The Heyes family and a maid lived in Los Angeles at 1318 Highland Avenue. Heyes’s father was a movie actor.

In the 1930 census, Heyes’s mother was the head of the household which included Heyes and his brother. The trio resided at the Guardian Arms Apartments on Hollywood Boulevard in Los Angeles. At some point Heyes’s parents divorced. His father remarried in 1934 in Washington.

According to the 1940 census, Heyes was an artist, his mother a saleslady, and brother a sheet metal worker. They lived in Los Angeles at 315 Spaulding.

The Los Angeles Times, January 14, 1941, reported reservations for the world premiere of Standing Room Only at the Assistance League Playhouse in Hollywood. Heyes did the book, lyrics and sketches.

During World War II Heyes enlisted in the Army on April 21, 1944 at Fort MacArthur in San Pedro, California. His military record said he was a commercial artist who was married and had one year of college education.

The Gruber Guidon was a newspaper published at Camp Gruber, Oklahoma. The August 31, 1945 issue revealed some information about Heyes’s early art career.


Before entrance into the army he worked for Walt Disney studios at which time he produced drawings for the production, “Snow White and Seven Dwarfs.” While in Hollywood Heyes also produced and wrote a musical review entitled, “Standing Room Only,” which was quite successful. His last job before coming into the service was at North American Aviation where he supervised art for posters and handbook illustrations. 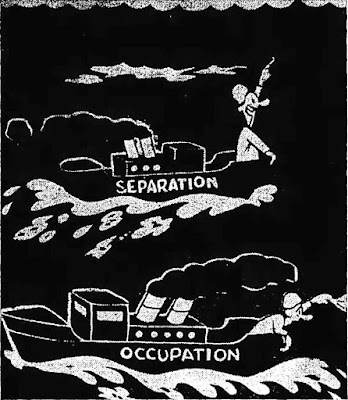 Heyes was a private in the 618th Field Artillery Observation Battalion. His cover drawing for the battalion’s publication, The Outpost, is above. 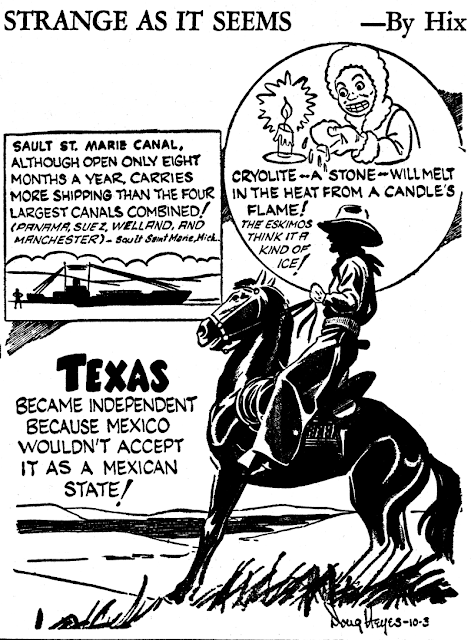 Heyes and his wife, Joanna, were residents of Beverly Hills. Directories for 1960 and 1973 listed them at 1227 Coldwater Canyon Drive. Heyes’s occupation was writer.