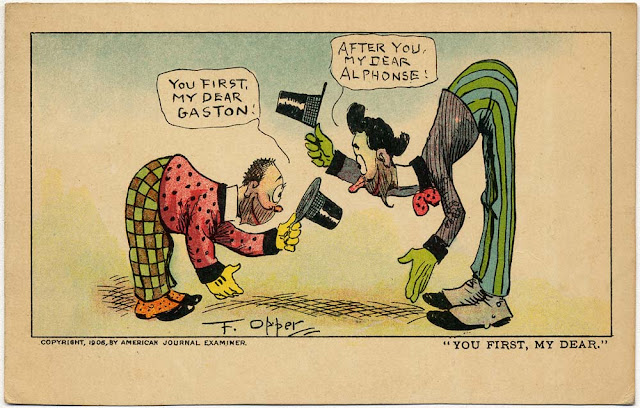 Here's an F. Opper card from the 1906 series that was offered complimentary by Hearst newspapers. This example was tagged as being from the Boston American. Alphonse and Gaston, the etiquette-mad Frenchmen, no longer had their own series through Hearst by 1906, but they continued to make frequent guest appearances in Opper's other series.