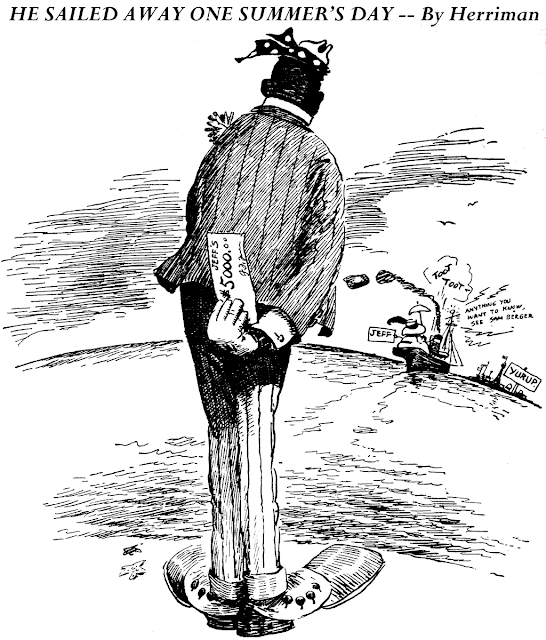 August 6 1909 -- Jim Jeffries and Jack Johnson both tendered $5000 so-called 'forfeit deposits' against their planned upcoming bout. Johnson required as part of his tender that Jeffries and he get together to determine the details of the match. However, Jeffries was due to take a steamer to Europe, and there was a worry that the two fighters would not be able to meet before the sailing.

As it turns out, the two did miss each other. Jeffries reportedly waited until the last possible minute in New York, expecting Johnson to arrive at the last minute. What he didn't know (and neither did Herriman) was that Johnson had landed in a jail cell in London Ontario, charged with reckless driving after a car accident.