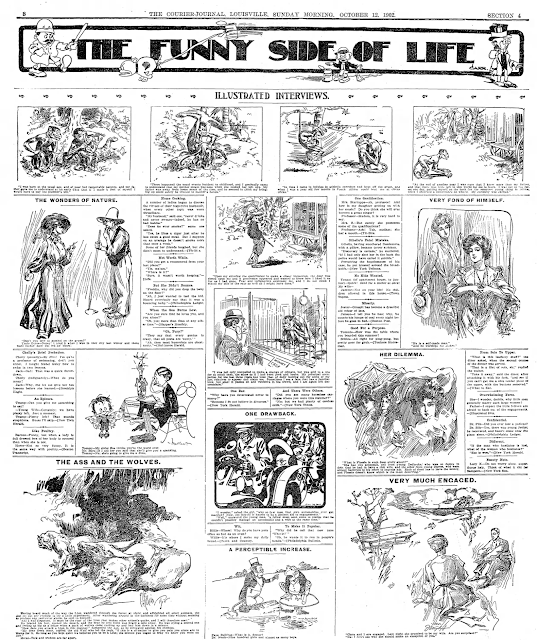 Working our way backward now, we find W.M. Goodes making some contributions to the International weekly page. His only series, which managed just two installments quite far apart, was Illustrated Interviews. Above is the first installment on October 12 1902, and the other was on December 7 of that year.

On this page we also see cartoons by F.L. Fithian and William F. Marriner. Lillian Steinert and Jean Du Bois are both unknown to me, but pretty good cartoonists. 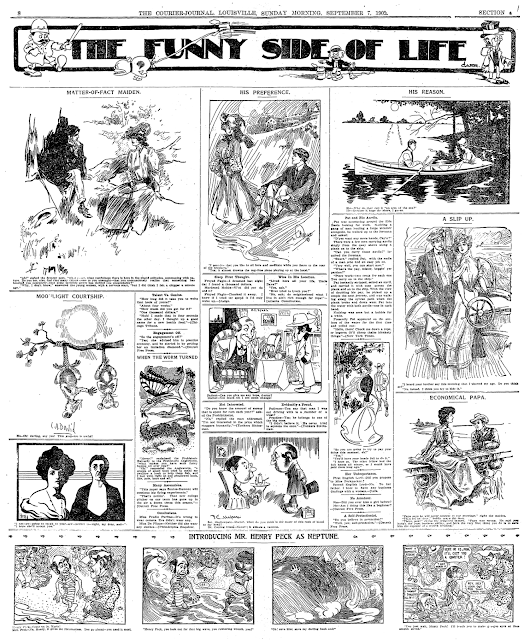 A longer series was Mr. Henry Peck, also known as The Henpecks, and Mr. Peck. As with other series that went by this same name, it is the tale of a henpecked husband. This series couldn't make up its mind whether it wanted to be a panel or strip, appearing three times in each guise. The series ran from July 6 to September 7 1902. The series was signed only "McK", which I suppose is most likely to be McKee Barclay. He was active in Baltimore at this time.

This page has a contribution from C.A. David, about the latest he'll be found on International's page.  He was a major contributor to the page in the 1890s, though he never once deigned to pen a series. 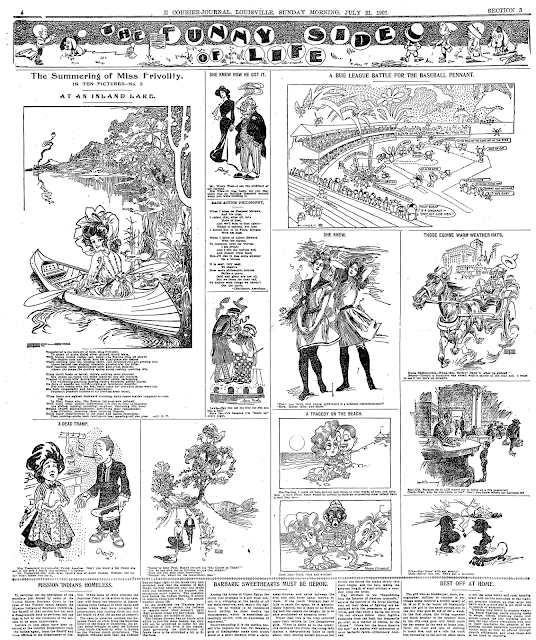 Going back to 1901, we finally get to see a series by the great C.E. Toles. This one is a panel series titled The Summering of Miss Frivolity, and each pretty girl picture is accompanied by some verses by Toles. This series ran for ten episodes from July 7 to September 15.