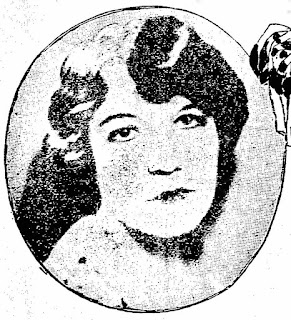 Litta E Mabie was born on September 26, 1882, in Waterloo, Iowa. Her birth information was recorded in the Iowa, Births and Christenings Index at Ancestry.com. Similar birth results were found at the Maybee Society.

In the 1885 Iowa state census, Mabie was the only child of Charles, an insurance agent, and Almira. The trio lived in Waterloo on Lafayette Street near 8th street.

The 1898 Chicago Blue Book included Mabie and her father who resided at 368 49th Street.

Mabie has not yet been found in the 1900 U.S. Federal Census. She was in New York state at the time. The Poughkeepsie Daily Eagle (New York), May 24, 1900, reported the recital at the Rhineland School.


A Delightful Recital by the Pupils in Vocal and Instrumental Music.

A most delightful musical event took place at Rhineland School, Hooker Avenue, on Wednesday evening. It was a recital by the pupils in music of Miss Kate S. Chittenden and Dr. John C. Griggs….The school is under the management of Prof. Fish, and the character of the entertainment points to undoubted success of the institution as a preparatory school….We cannot undertake to give to detail the many excellent things heard, but one of the features of the evening were the contralto solos of Miss Litta, Mabie….

An item in the Daily Times (Troy, New York), January 6, 1902, said “Miss Litta Mabie of New York is the guest of Miss Celeste Foote [of Plattsburgh].”

According to the Cook County, Illinois, Marriages Index, at Ancestry.com, Mabie and Felix Mendelssohn married on December 22, 1903.

The 1910 census said Mabie had two children, Dorothea and Theodore. Her husband was a lithographic salesman. The family and two servants were in Chicago at 5529 Michigan Avenue.

In 1917 Mabie sang in Chicago. One of her performances was advertised (below) in the Chicago Tribune, October 26. On December 2, the Tribune said “Litta Mabie Bach, who recently had a debut with Mr. Dunham’s, will sing with the Edison in its January concert.” 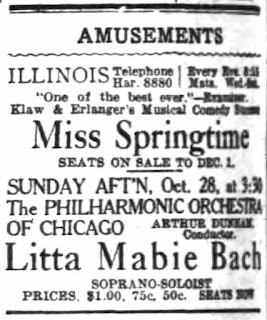 The Brooklyn Standard Union (New York), November 26, 1918, said Mabie was in the cast of “Upstairs and Down” at the Fifth Avenue Theatre.

Mabie performed on stage as Eva Goldschmidt in “The Gentile Wife” which was reviewed in Theatre Magazine, February 1919. The play opened in late December 1918.

Mabie, Clarence, Dorothea and servant were at 260 Riverside Drive in Manhattan as recorded in the 1920 census. Mabie’s husband was president of a film company.

The 1925 New York state census had Mabie’s address as 170 West 74th Street. She and her daughter were unemployed. The status of Mabie’s husband is not known.

American Newspaper Comics (2012) said Mabie wrote the series Deb Days which was distributed by the Ledger Syndicate. The strip debuted with art by Charles J. Coll, Jr. on April 18, 1927. He was followed by Earle K. Bergey who drew the strip from June 20 to November 19, 1927. 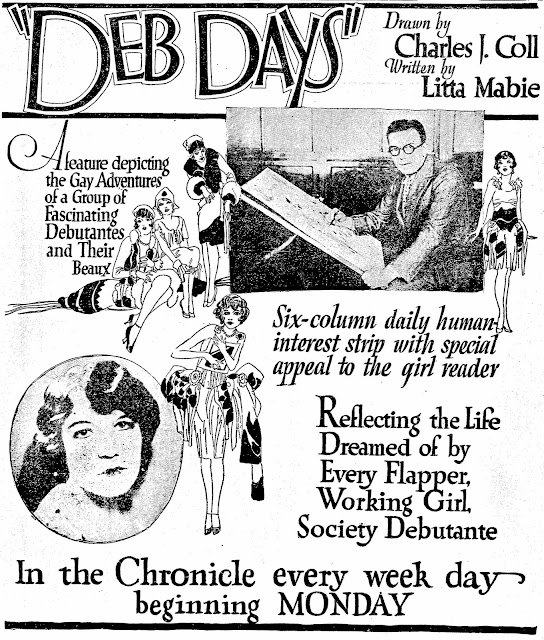 At some point Mabie and her daughter sailed to Europe. On their way home they departed from Genoa and arrived in New York City on January 12, 1928. Their address was 17 East 82nd Street in Manhattan.

Mabie’s engagement to Percy C. Ludlam was announced in The New York Times, April 29, 1928. Their marriage was on September 26, 1929 in Manhattan according to a 1929 issue of Home Journal, “Bach—Ludlam. September 26. Mrs. Clarence L. Bach, of New York, the former Miss Litta Mabie, daughter of the late Charles E. Mabie, to Mr. Percy Clifford Ludlam, of New York, son of the late Mr. and Mrs. Isaac Ludlam; at the home of the bridegroom’s sister, Mrs. Charles Oakes.”

In the 1930 census, Mabie’s home was in Manhattan at 118 East 93 Street. Her husband was a publicity and advertising salesman and her daughter a saleslady at a retail hat store.

Mabie’s fourth marriage was to Henry C. M. Supplee. Their marriage license was issued in Manhattan on January 6, 1932.

According to the 1940 census, the couple were residents of Hawaii in 1935. Their home in 1940 was Milwaukee, Wisconsin at 1961 North Summit Avenue. Mabie’s husband was a U.S. Army colonel.

PM (New York, New York), January 15, 1942, profiled Supplee and at the end said “He is married to the former Litta Mabie, niece of the late Hamilton Wright Mabie, American critic. They have no children and live on Governors Island.” The New York Times, December 31, 1956, published Supplee’s obituary which said “in World War II [he served] as Commander of Special Services at Governors Island. He was assigned to Fort Niagara when he retired, in Aug. 1943.” Supplee died at his home in East Orange, New Jersey, 176 South Harrison Street. He was survived by Mabie and two step-children.

The Maybee Society said Mabie passed away around August 1964. A brief obituary was published in the Chicago Tribune, August 6, 1964, “Mrs. Litta M. Supplee, a soprano who performed with the Chicago Philharmonic Orchestra in the 1920s and later wrote a syndicated column ‘Deb Days’ for the society pages of the Philadelphia Public Ledger; in East Orange, New Jersey.”