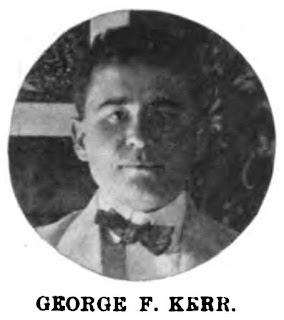 George F. Kerr was born on March 13, 1870, in Brooklyn, New York, according to a passenger list Ancestry.com. The 1900 U.S. Federal Census has his birth date as March 1870 and age 30. However, I believe the birth year is incorrect and is, in fact, 1871. The 1870 census was enumerated in early June and Kerr was not listed with his parents, John and Mary in Brooklyn. The first time Kerr appears in the census was 1880, which was enumerated in early June, and he was nine years old. Kerr was 39 in the 1910 census which was enumerated in late April. Similar results are in the 1920 and 1940 censuses.

In the 1870 census, Kerr’s parents were in the household of William Schilling, his maternal grandfather. Kerr’s father was a bookbinder. They resided in Williamsburg, Brooklyn.

The 1880 census said Kerr, his parents and seven-year-old brother, Albert, were still part of the Schilling household. Their address was in Brooklyn at 104 South 3rd Street.

Kerr’s early life and career were mentioned in The Illustrated American, October 14, 1898, and said in part:


Mr. Kerr became an artist for the very good reason that he had to earn his living and naturally went to work to earn it in the most congenial manner. His father, a business man, died when he was ten years old, and he became a general utility, or devil, which ever you may like to call it, at a printer’s. Then he went and occupied a similar position at Tiffany’s jewelry store, subsequently doing some designing work for a firm of lithographers. Mr. Kerr studied at the Academy of Design and at the Art Students’ League, and has been through his novitiate on the World, the Herald, a newspaper syndicate, and is now working on the New York Sunday Journal. He thinks his partly illustrative work—such as picturing incidents in children’s fairy stories, for instance—is best for him. 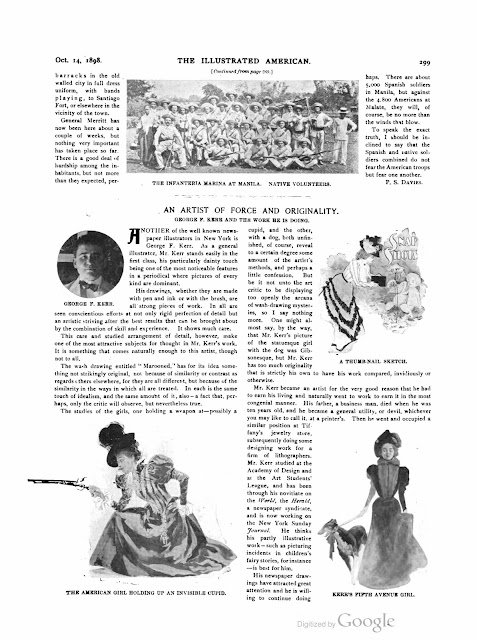 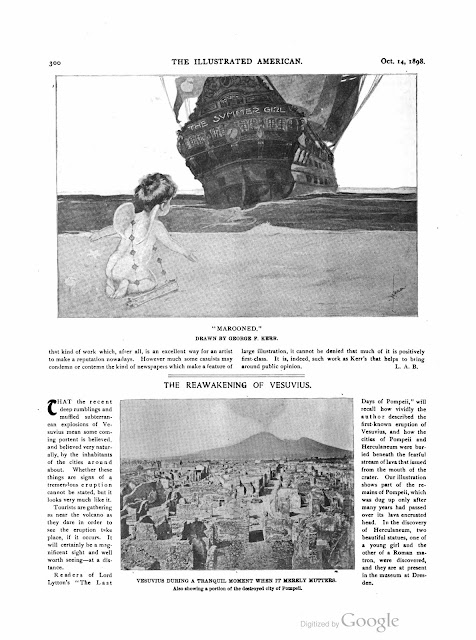 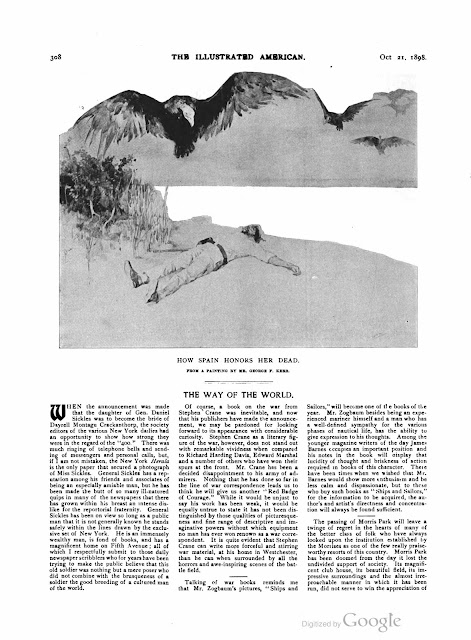 An early work by Kerr was a contest drawing submitted to and printed in The Press (New York, New York), March 23, 1890. Kerr won second prize. 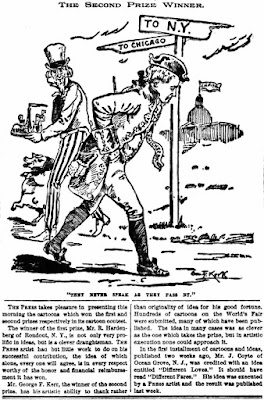 
Mr. Kerr first illustrated feature stories for the old New York Herald and then became the first artist employed by William Randolph Hearst when the latter bought the New York American. For about 30 years he was the illustrator of the American Weekly, national Sunday supplement of the Hearst newspapers. He also did cartoons for editorials by Arthur Brisbane of the American.

Kerr’s art gained much attention. The Brooklyn Daily Eagle, January 17, 1892, praised his work in New York Herald.  According to the Herald, February 17, 1894, Kerr had wash drawing in the Salmagundi Club’s Black and White exhibit.

The 1900 census said artist Kerr and his wife, Louise, had a son, Jerome, and two servants. Their home was in Brooklyn at 755 Ocean Avenue. In the 1905 New York state census, Kerr had a second son, Eric, and the house number was 473.

in 1904 Kerr was a regular contributor to Haper’s Bazar. He illustrated stories in the July, August, September, November and December issues, and two covers (below). 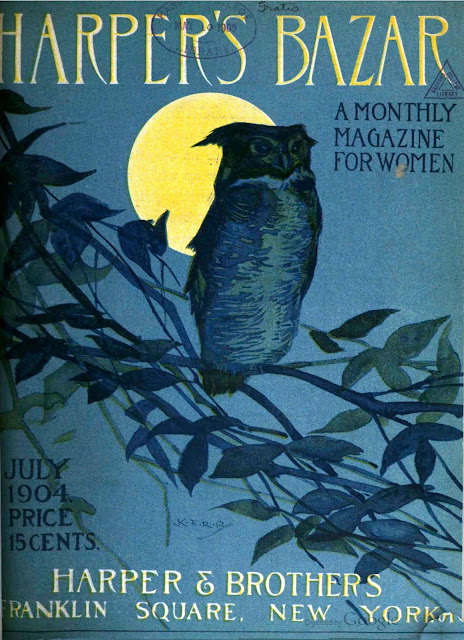 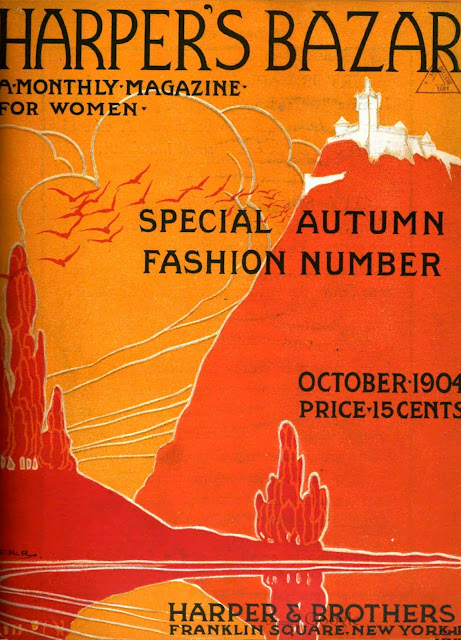 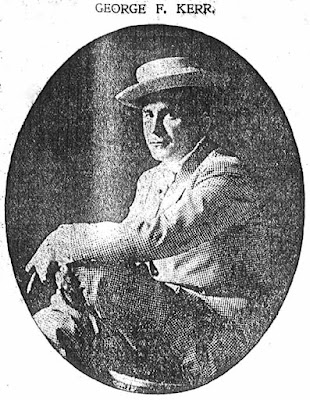 In 1907 Kerr provided the art for Dunham’s The Amazing Adventures of Bobbie in Bugaboo Land. The book received a favorable review in the Brooklyn Daily Eagle, December 22, 1907. 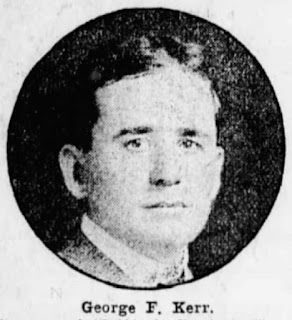 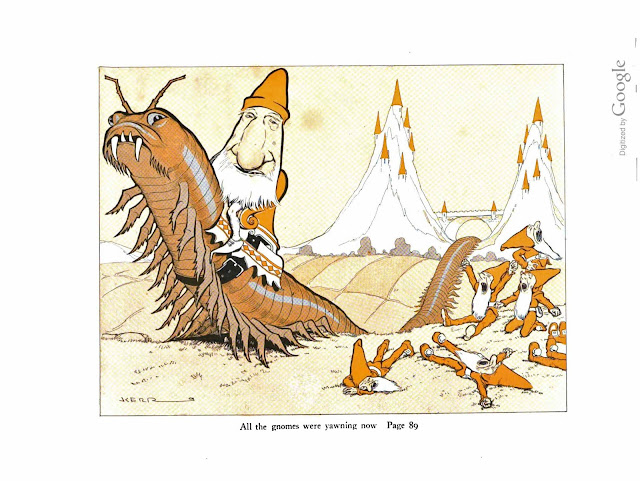 
Justice Carr in the Supreme Court, Brooklyn, yesterday granted Mrs. L.M. Kerr a decree of absolute divorce from George F. Kerr, the artist, of 743 Ocean avenue, the custody of her two children and $60 a week alimony. The suit had been pending since May, t907. Violet E. Mayho [sic], an artist’s model, was the corespondent in the case.

Later in 1909, Kerr married Virginia Mayo in New Jersey according to the state’s marriage index at Ancestry.com.

According to the 1910 census, Kerr, his wife and mother resided in Brooklyn at 743 Ocean Avenue. Kerr was a self-employed magazine illustrator.

Details of Kerr’s divorce were published in the Brooklyn Daily Eagle, October 10, 1910.

In a 1971 issue of Films in Review, a profile of Walter Lantz said “When he was 15 Lantz got a job as copy-boy at William Randolph Hearst's ‘New York American’ and was soon made jack-of-all-jobs in its art department, the staff of which then included George Kerr and Willy Pogany. ‘They let me do an occasional lettering job,” Lantz says, “and gradually let me draw some of the characters in their comic strips.’”

Mary Frances Blaisdell’s Bunny Rabbit’s Diary was published, with art by Kerr, in 1915.

The 1920 census recorded Kerr, his wife and servant in Mamaroneck, New York at 11 Pryor Lane. Kerr was a self-employed illustrator.

Kerr visited Cuba again in 1926. He returned to the port of New York City on July 20. The passenger list said his address was the Hotel Gramatan, Bronxville, New York.

Kerr has not yet been found in the 1930 census.

In the 1940 census, Kerr’s home was in Yonkers, New York at 1 Bronxville Road. The artist and his wife lived alone.

Kerr contributed comic book artwork to Dell in the 1940s.


died Wednesday at his home, 1 Bronxville Road, after a long illness. He was eighty-four and had been blind for the last few years.

In the children’s book field, Mr. Kerr was known particularly for his illustrations of the work of Thornton Burgess in “Peter Rabbit” and “Mother Westwind.”…He did a number of unsigned “Raggedy Ann” comic story books for the Dell Publishing Company.

Mr. Kerr was an honorary member of the Society of Illustrators in New York, having been one of the first in the organization early in the century when Charles Dana Gibson was president. He had been a member of the Artists and Writers Association and the Dutch Treat Club. He was an alumnus of Cooper Union.