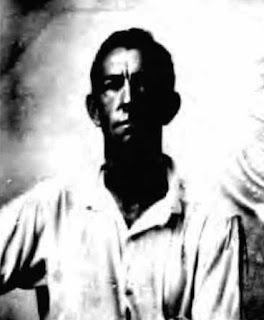 Robert Neff “Bob” Addams was born on November 14, 1874 in Woodbury, New Jersey according to the New Jersey Birth Index at Ancestry.com. His full name was on his World War I draft card. Addams’ parents were Wellington I. Addams and Sallie. Addams’ middle name was his mother’s maiden name.

In the 1880 U.S. Federal Census, Addams was the oldest of two sons. The family resided in Philadelphia, Pennsylvania at 33 Chelton Avenue. Addams’ father was a merchant. According to the Historical and Biographical Annals of Berks County, Pennsylvania, Volume 1 (1909), Addams’ father “went into business for himself as ‘W. I. Addams & Co., foreign and domestic woolens on commission,’ at No. 611 Chestnut street, Philadelphia.”

Club Men of Philadelphia (1894) said Addams was a member of the Germantown Cricket Club.

The 1896 Philadelphia city directory listed Addams as a student living with his parents at 60 Chelten Avenue in Germantown. The following year, Addams was an artist at the same address.

During the Spanish-American War, Addams was in the military service from April 27 to November 19, 1898 at Mount Gretna, Pennsylvania, followed by Newport News, Virginia and Puerto Rico. He was with the Pennsylvania Light Battery A and promoted to Gun Corporal in July.

The 1899 Philadelphia city directory said Addams had a studio at 904 Walnut.

In Biographical Sketches of Cartoonists & Illustrators in the Swann Collection of the Library of Congress (2014), Sara Duke said Addams worked for the Philadelphia Press in 1899.

In the 1900 directory Addams’ studio was at 1017 Chestnut and he continued to live with his parents. Addams was in the 1900 Social Register, Philadelphia.

Addams’ fascination with animals, in this case reptiles, was noted in the Philadelphia Inquirer, August 13, 1905.


Speaking of python parties, “Bob” Addams, the illustrator, well-known in club and social circles in this city, once had two young pythons for models and they lived with him in his studio on Walnut street. They crawled in bed and slept with him on cold winter nights and festooned about the studio in various artistic serpentine attitudes for Mr. Addams to draw and study. The studio afternoon teas were quite popular until the advent of the young pythons. One morning one of them fell out of the window and a couple, of roisterers homeward bound in the glad dawn were nearly startled out of their wits when his snakeship hit the pavement in front of them. The fall did not seem to hurt the serpent. In African wilds his ancestors had dropped out of trees on to their prey, and probably it was this instinct that caused the python to drop on Walnut street.


Addams was a member of the Philadelphia Sketch Club. At a Sketch Club exhibition, the Inquirer, February 11, 1906, said “On the wall downstairs still riot the weird but well drawn and cleverly conceived animal drawings by Bob Addams, the well-known comic artist.”

In the late 1900s Addams was in New York City. Historical and Biographical Annals said “Robert N. Addams, better known as ‘Bob Addams,’ the caricature artist for ‘Life,’ ‘ Judge,’ and ‘Puck,’ made his home in New York and is well known both here and abroad.” The New York Tribune, January 19, 1910, said Addams lived at the Sheepshead Bay Yacht Club.

For the New York World Addams drew Listen to the Birds from May 22 to August 17, 1908. Life Publishing Company syndicated Funny Birds which started with Walt Kuhn on April 22, 1912. When Addams took over the series, on December 28, 1912, it was retitled Feathers Family.


Mrs. Fell’s Brother Weds
Mr. and Mrs. Francis M. King, of Boston, announce the marriage of Mrs. Anna King Rogers to Mr Robert Addams on January 13, Mr. Addams was formerly a Philadelphian and is a brother of Mrs. Robert Gratz Fell, of this city. He served in Battery A, during the Spanish War, and is an artist of distinction. Nr. and Mrs. Addams are spending the winter at Miami.


Queer Matrimonial Experience of a Brookline, Mass.’ Couple
Brookline, Mass., March 12.—The divorce of Mrs. H. Ernest Rogers, on January 12, her marriage two days later to Robert Addams, the well-known New York cartoonist, and the marriage two weeks after, of her former husband to a 17-year-old girl, of Calais, Maine, are the queer matrimonial experiences of one of Brookline’s best known couples, which became known yesterday, when letters were received in this city from Mrs. Addams, at Miami, Fla.

Mr. and Mrs. Rogers were divorced at Miami, Fla. Mr. and Mrs. Addams are spending their honeymoon at Miami on a houseboat, and not the least strange feature of the peculiar tangle of events, is that Rogers and his girl bride are now speeding by motor to Florida on their honeymoon to meet the others.

Rogers and Miss King, as was his first wife’s maiden name, were married about 15 years ago. They separated last April; Mrs. Rogers went to Miami, Fla, established a residence there and applied for a divorce, which was granted on January 12.

On January 13, a license was issued authorizing here marriage to Robert Addams, the cartoonist. On January 15 they were married by the same judge, who granted the divorce. Mr. and Mrs. Addams immediately started upon their honeymoon, upon an elaborate houseboat, which Addams had decorated with numerous drawings of roosters, his best known subject.

Rogers was in Calais, Maine, when the divorce was granted. Last summer he was at Bar Harbor, where he met Agnes Gertrude Dixon, the 17-year-old daughter of Walter L. Dixon, a Calais upholsterer. The girl’s mother maintains a millinery establishment at her home.

Upon receipt of news of his wife’s divorce Rogers applied for a license to marry Miss Dixon. They were married on February 5th by the Rev. George W. Dawson, pastor of the Methodist church of St. Stephens, New Brunswick.

After the ceremony they started on [illegible] to Florida.


The 1918 Palm Beach, Florida city directory listed Addams’ address as “Houseboat Ubadamn & Philadelphia Pa”. He and his wife had an artists studio.

On September 12, 1918 Addams signed his World War I draft card. His address was houseboat “Ubadam” in Miami. The cartoonist was employed by “County[?] Public Information” in Washington, DC.

Addams applied for a passport on September 27, 1919 to visit the Bahamas and Cuba. The application included a notarized letter from his mother attesting to his birth, and Addams’ letter stating that he and his wife were “artists making a specialty of designs & paintings [illegible] fish.”

The Miami Herald, February 1, 1920, noted the sale of Addams’ houseboat.


Mr. and Mrs. Radclyffe Roberts of Villa Nova have taken their houseboat Cashalot from the Hotel Plaza dock to Palm Beach. The houseboat was formerly the Ubadamn and was purchased recently by the Roberts from Bob Addams.

On March 15, 1920, the couple arrived in Miami from the British West Indies.

In the second half of the 1920s, Addams lived at 212 Worth Avenue which was his address into the early 1940s. Addams became a salesman and, at some point, moved to 160 Chilean Avenue.

A History of the Society of the Four Arts, Palm Beach, Florida, 1936 to 1996, said Addams attended the first meeting of the Civic Arts Association.

Details of Addams’ passing have not been found. The Palm Beach Post, November 22, 1951, published an estate notice, apparently the last of four notices, that named his wife, Anna King Addams, as the executrix.

When Anna passed away the Post, August 12, 1967, said, in part, “Mrs. Anna King Addams, 83, of 160 Chilean Ave., Palm Beach, and Boothbay Harbor, Me., died Tuesday in Harkness Pavilion, New York City. A long time resident of Palm Beach, she was the widow of Robert Neff Addams who died in Maine in 1951….”