The romantic cartoon series was very predictable in the early 1920s, with Juanita Hamel (JH) and Annette Bradshaw (F, HP) supplying 99% of the material. That began to change in 1924, when Hamel was replaced more often by other artists. The number of days Hamel took off was insignificant, but she was spelled by a constantly changing cast of artists. 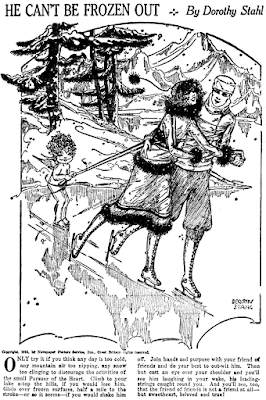 In February Dorothy Stahl (ST) makes her one and only contribution to the series, a perfectly adequate Nell Brinkley imitation. I guess Stahl didn't make a habit of producing newspaper work, because I can't find anything else she did but this single cartoon. 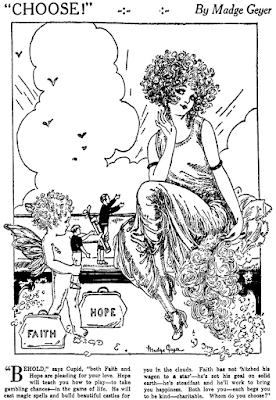 Then Hamel's cartoons run uninterrupted until May, when a flood of temps jump in. The first is Madge Geyer (MG), who also illustrated the magazine page's children's story for awhile. She'll do temp work on the romantic cartoon on occasion for the next five years, but in this stint she only manages two cartoons. Pulpartists.com has a biography of Ms. Geyer.

May also offers the return of Barbara Booth (BB), who does two cartoons. 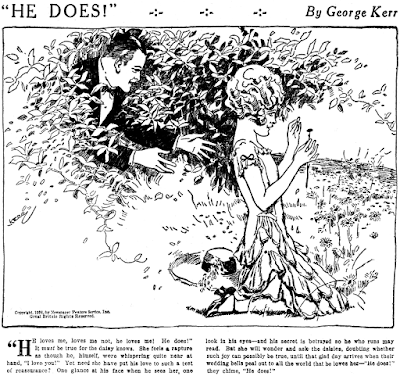 In August-September we have the return of Cora Cameron, who does one cartoon in each of those months. 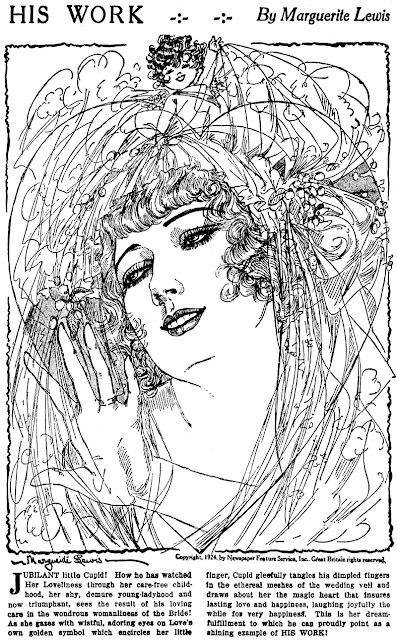 In September, Marguerite Lewis (ML) offers her first of four cartoons over the next three months. I know nothing of Ms. Lewis except that her seemingly unusual name turns out to be extraordinarily popular in the twentieth century. A cursory search on Newspapers.com finds preachers, socialites, actresses and even a magician's assistant sporting that name! 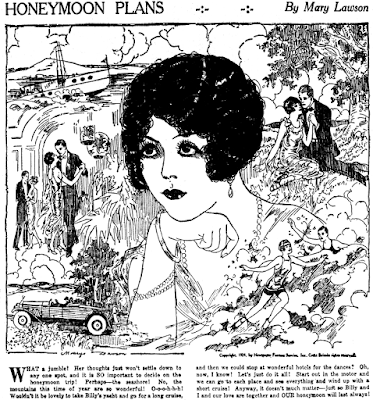 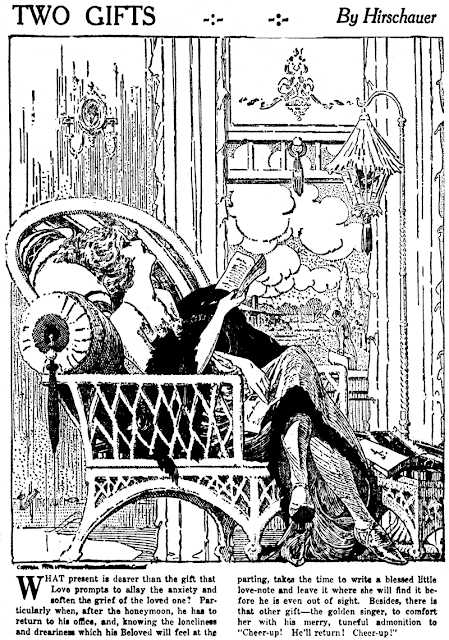 In October the parade continues with the debut of Mary Lawson (MN), who will become a semi-regular fill-in for the next two years, only to disappear after that. I know nothing about her. We also get two cartoons by Herman Hirschauer (HH), who has a few credits as a book and song sheet illustrator, and did a magazine cover series for the New York Herald in the mid-teens. His work here is quite impressive; too bad he didn't stick around. 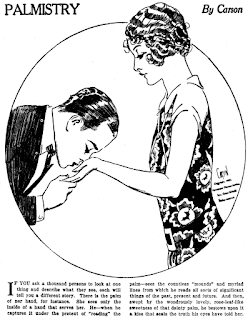 Lastly in late November 1924, we get a single cartoon by someone signing themselves only "Carson" (C).