Natalie Jenkins Bond was born Natalie Whaley Jenkins on May 18, 1902, in Warrenton, Virginia. Her birth date is from the Social Security Death Index and birthplace was identified in the Baltimore Evening Sun, (Maryland), September 19, 1969.

According to the 1920 census, the head of the household was Bond’s mother, a widow and U.S. Army field clerk. Bond was a bookkeeper at a ship broker. The family were residents of Charleston, South Carolina at 34 Pitt Street. The 1920 city directory said Bond worked at the Charleston Lighterage & Transportation Company.

Information about Bond’s art training has not been found.

The 1930 census recorded Bond as a divorcee and newspaper artist living in Jersey City, New Jersey, at 88 Van Reypen Street.

The Newspaper Feature Service produced a long-running series of romantic cartoons, by several artists, beginning in 1913. Bond contributed to the series in 1931.

For the Newark Star-Ledger (New Jersey), Bond wrote a column, The Feminine Slant, which appeared in the home section, from August 1 to November 17, 1945. 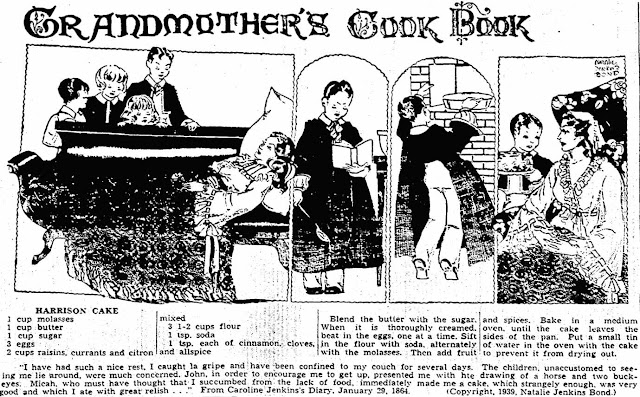 From the mid-1940s to mid-1950s Bond contributed stories to pulp magazines, Fifteen Love Stories and Love Novels Magazine. For Fifteen Love Stories she wrote two-page stories for the feature, Design for Romance. Two stories are available: May 1952, “The Navy Blue Tattoo” and March 1954, “The Myth and the Legend”. The illustrations are not signed. For Love Novels Magazine her stories appeared in the feature, Vignettes of Love.


In the 1930's and 1940’s, Mrs. Bond lived in Baltimore. At that time, she wrote the copy and did the art work on the syndicated features known as “Grandmother’s Cookbook” and “Racy Gracy.”

During this period she also worked as a free-lance illustrator and her office studio was located at Baltimore’s Mount Vernon Place. Mrs. Bond painted the murals depicting children’s story characters at Calvert School in Baltimore.

Mrs. Bond’s last newspaper job was with the Washington Post, where she worked in the real estate advertising section. She retired in 1964.

She was the co-editor of the recently published book, “The South Carolinians,” the Civil War memoirs of two Confederate officers.


Bond passed away on September 17, 1969, in Washington, D.C. She was laid to rest at Saint Paul's Episcopal Church Cemetery.