Albert L. Levering was born in 1869 at Hope, Indiana, according to Herringshaw’s National Library of American Biography, Volume 3 (1914). The 1900 U.S. Federal Census recorded his birth date as March 1870. The middle initial was included in numerous city directories.

In the 1870 census, Levering was the youngest of three siblings born to Levi [Lemuel] Levering, a stair builder, and Sarah [Martha Youngling]. The family lived in Columbus, Indiana.

The 1880 census said Levering was the third of four siblings whose father was a carpenter. Their home was in Columbus.

The New York Daily Tribune, August 23, 1902, said “Levering was educated to be an architect …”. Kansas City directories for 1887 through 1889 said Levering was a draughtsman at his father’s firm, L. L. Levering. Levering resided with his parents at 1007 Harrison Street. 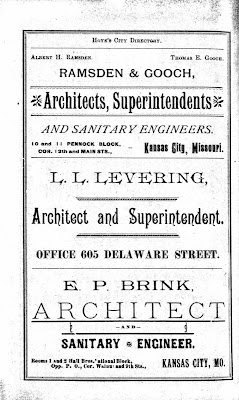 
… Mr. Levering began his artistic career here [Minneapolis]. He was one of the best of the many good architectural draftsmen who have worked in the twin cities. While doing his best work in architecture he abandoned this work to do newspaper illustrating. He was a hard worker and made rapid progress, studying in the night classes of Burt Harwood’s art school and doing a phenomenal amount of work for his paper. From here he went to the Chicago Tribune, and then to the New York Journal, and after two or three years newspaper work went to Munich for two years’ study abroad.

In the late 1890s Levering went abroad. The Indianapolis Journal, August 25, 1902, said Levering “studied art at the National Academy, Munich, and finished that portion of his study by spending four months in Italy on a bicycle, investigating all sorts of delightful by-ways and out-of-the-way corners. …”

Sara Duke said in her book, Biographical Sketches of Cartoonists & Illustrators in the Swann Collection of the Library of Congress (2014), artist Will Crawford “… shared a studio with John Marchand and Albert Levering.” According to the 1900 census, Levering, Marchand, Crawford and Percy Gray, all artists, resided at 53 East 59th Street in Manhattan, New York City.

Levering was located at 27 West 30th Street in the 1902 city directory. In 1902 Levering illustrated the books, Grimm Tales Made Gay, The Adventures of M. d’Haricot, Mollie and the Unwiseman, and Alice in Blunderland: An Iridescent Dream (1907).

The following Philadelphia Post story was printed in many newspapers in early 1904.


Albert Levering, the black-and-white artist responsible for so many ‘comics,’ used to live in Chicago, but recently transferred his allegiance to New York. He took his hypochondrical [sic] tendencies with him, and they are still in good working order. His favorite pastime is to read of some deadly disease, preferably a new one, lie awake all night, seek his doctor in the morning and get assured that he was in perfect health and then go back to work cheerfully.

One morning he turned up at the doctor’s just as the man of medicine was getting into his carriage.

“Haven’t got what?” demanded the astonished artist.

“Whatever it is you think you’ve got. Not a symptom of it. Good-bye,” and he drove away.

“Well, now,” said Levering, turning to a lamp post as the only witness of the scene, “that’s the time he’s mistaken. I know I’ve got it—ten dollars in my pocket to pay my last bill; but if he’s sure I haven’t I’ll try and get in line with his diagnosis,” and he went around the nearest junk shop and invested the money in a pair of brass candlesticks and a brass kettle.


Indiana’s Laughmakers: The Story of Over 400 Hoosiers (1990) said Levering married Francis Jewell Levering of Bloomfield, New Jersey on May 31, 1905.

The Chicago Tribune, April 29, 1906, announced that John T. McCutcheon, a Tribune cartoonist, was going on vacation for five months. The Tribune made arrangements with 31 cartoonists to cover for McCutcheon. Thirty American cartoonists committed to providing a cartoon for the month of May. Levering, of Harper’s Weekly, was one of them. Englishman Tom Browne would replace McCutcheon from June through September. 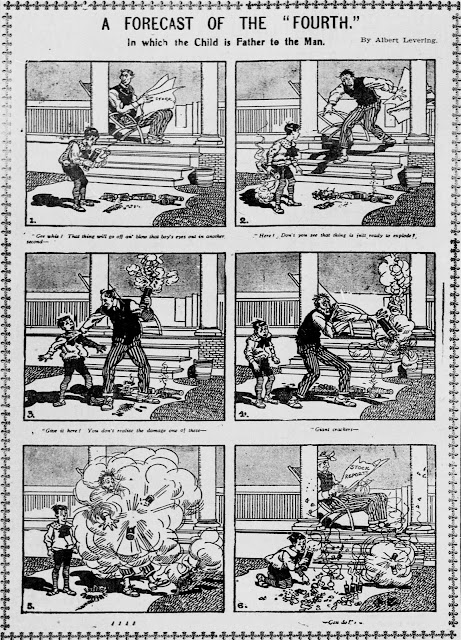 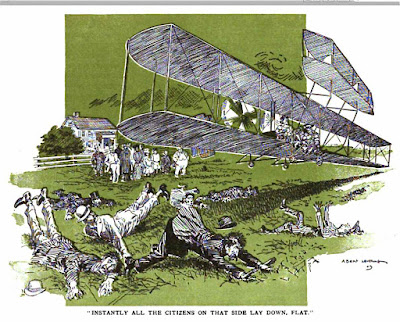 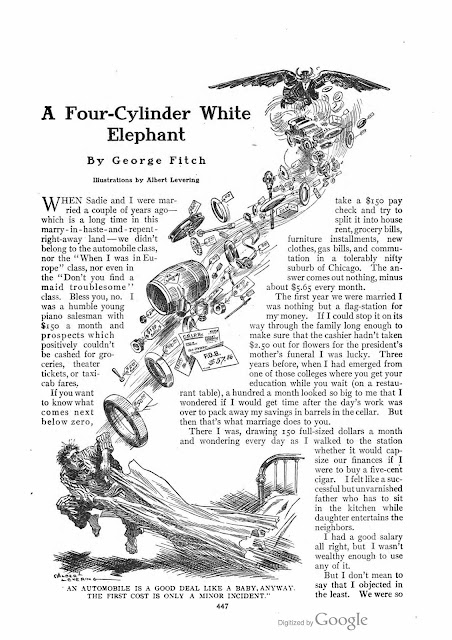 
In the 1910 census Levering and his wife were Manhattan, New York City residents at 206 West 106th Street.

American Newspaper Comics (2012) said Levering produced two comic series: Artful Arty and Alex Smart, from October 15, 1905 to October 14, 1906, for the Philadelphia Press; and The Flatt Family, from August 7 to September 10, 1918, for Press Publishing.

From 1911 to 1812 Levering illustrated George Ade’s New Fables in Slang.

Levering contributed many cartoons to the New York Tribune from 1916 to 1917.

In 1919, Levering illustrated Potash and Perlmutter series that appeared nationally in newspapers.


Albert Levering, illustrator, died of heart trouble, from which he had been suffering for several weeks, Sunday morning in his apartment at the Hotel Chelsea in New York city. His wife, Mrs. Frances Jewell Levering, who is formerly from Red Hook, was with him when the end came.

Born in Hope, Ind., sixty years ago, the son of Levi Lemuel and Sarah Martha Youngling Levering, he studied architecture with his father, and later took up drawing in Munich. He practiced architecture several years in San Antonio, Texas, and then became a newspaper artist, working successively in Kansas City, Minneapolis and Chicago. Coming to New York in 1896, he joined “The Journal”, now The New York American. Later Mr. Levering was on the staffs of Puck, Life and Harper’s Weekly and other magazines, and then began a Sunday page for the New York Tribune. Many humorous books contained his Illustrations.

Mr. Levering is well known in Red Hook, having spent several summers there and was one of the prominent figures about town when the trout season opened.

Surviving him are his wife and a brother and two sisters of Kansas City. Funeral services were held on Tuesday at the Campbell Funeral church, Sixty-sixth street and Broadway, New York city. Burial was in Rhinebeck cemetery.


Several obituaries said Levering practiced architecture for eight years in San Antonio, Texas, before becoming a cartoonist. I have found no documentation supporting that claim. It’s possible Levering worked on projects for San Antonio clients. For eight years, from 1887 to 1895, Levering’s occupation was draughtsman or architect in Kansas City and Minneapolis city directories.