Francesco Carmine “Frank” Giacoia was born on July 6, 1924, in Latronico, Italy. Giacoia’s first name was on a passenger list and middle name from his Social Security application (transcribed at Ancestry.com) which also had his birth information. However, Giacoia’s World War II draft card had Potenza, Italy as his birthplace.

On April 7, 1932, Giacoia and his mother, Domenica, were aboard the steamship Augustus which departed Naples, Italy. They arrived in the port of New York City on April 18. Giacoia’s father, Giuseppe, paid for their passage. His address was 2614 Hoyt Avenue, Astoria, New York, which is in the borough of Queens.

The 1940 U.S. Federal Census recorded Giacoia, his parents and two younger siblings in Astoria at 32-12 Astoria Boulevard. The census said Giacoia’s father was a building construction laborer who was born in Brazil, South America. Giacoia’s mother made dress trimmings.

Giacoia attended the School of Industrial Art in Manhattan. His classmates included John Belfi, Carmine Infantino and Gil Kane. Giacoia dropped out of school. Who’s Who of American Comic Books 1928–1999 said he worked at the Harry “A” Chesler and Fred Iger Studios.

A profile in All-Star Companion, Volume 1 (2004) said “… In the early ’40s he inked such Timely series as Captain America, Jack Frost, Captain Wonder, and Young Allies; by 1948 he was inking Carmine Infantino and occasionally Alex Toth on Green Lantern, et al., for DC. …”

Giacoia’s Department of Veterans Affairs file said he enlisted in the U.S. Marine Corp on June 5, 1943. A muster roll, dated July 31, 1943, listed Giacoia as a private, stationed at the Third Recruit Battalion Recruit Depot on Parris Island, South Carolina. The October 31, 1943 muster roll said he was a private first class at the Aircraft Engineering Squadron at Cherry Point, North Carolina. According to the July 31, 1944 muster roll Giacoia was a cook at the same location. On April 30, 1945 Giacoia was a corporal at Songaree Field, Columbia, South Carolina. Three months later he was back in Cherry Point, North Carolina. San Diego, California was Giacoia’s home on the October 31, 1945 muster roll. In 1946 his final station was the Headquarters Squadron-33, Marine Aircraft Group-33, Marine Air, West Coast, U. S. Marine Corps Air Station, El Toro, Santa Ana, California. Giacoia was discharged June 22, 1946.

After the war Giacoia continued working in the comics industry.


Giacoia Hits 546 Series to Pace Ditmars Loop
With Frank giacoia rolling a 546 series to pace the league, Team No. 2 swept its match with Team No. 4 in the House Bowling League at the Ditmars Center, Astoria.


The Star-Journal mentioned Giacoia in its November 4, 1949 report.


… Team No. 2 registered a new high team game score of 882 to break the record of 868, held by Team No. 6, which dropped an odd-game verdict to the the new record holders. Frank Giacoia hit 200 for the winners. … 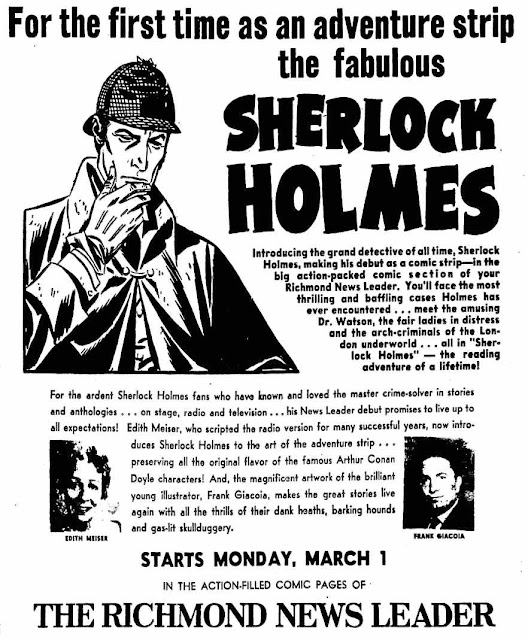 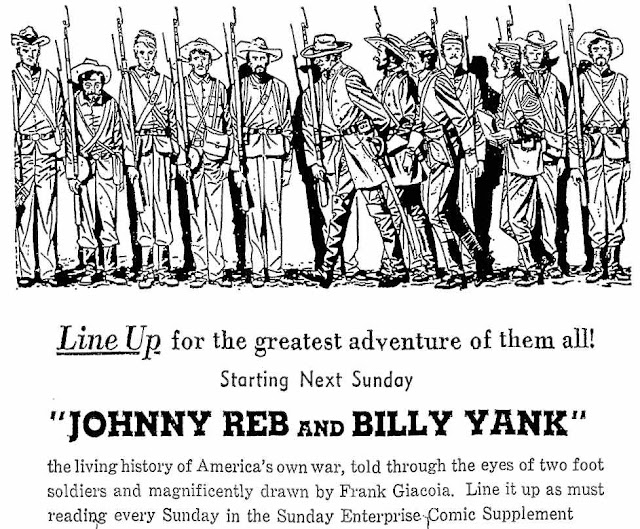 Giacoia passed away on February 4, 1988 according to the Social Security Death Index.