More cartoonists from Wheeler-Nicholson's The Syndicator period today. First we have Squirrel Food, a small one-column panel that seems not to have been intended for the comics page; at least it's used elsewhere in the paper whenever I see it, primarily as a hole-filler. The idea is derivative of Bughouse Fables, the Billy DeBeck panel showcasing people who say and do bizarre things, and to some extent Rube Goldberg's Foolish Questions. The cartoonist, known only as 'Heck', does a perfectly creditable job on this small panel, offering up pretty consistent chuckles or at least smirks. Too bad Heck wasn't producing more for the syndicate.

I'm guessing that this Heck person is the same guy who later produced Figurin' Sam for the Boston Record. The styles aren't too far apart, and they both exhibit a very well-developed funnybone. They also both favour the byline "By Heck." 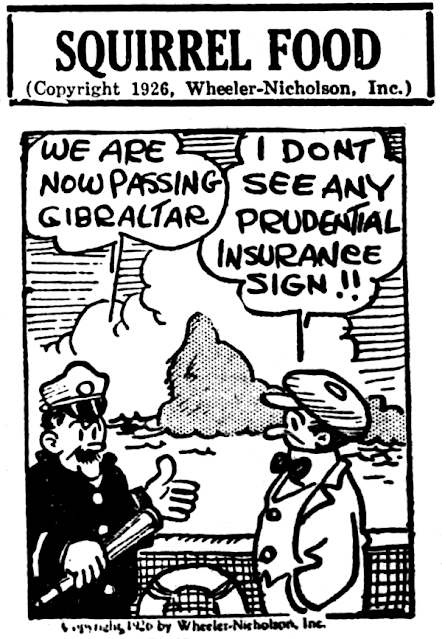 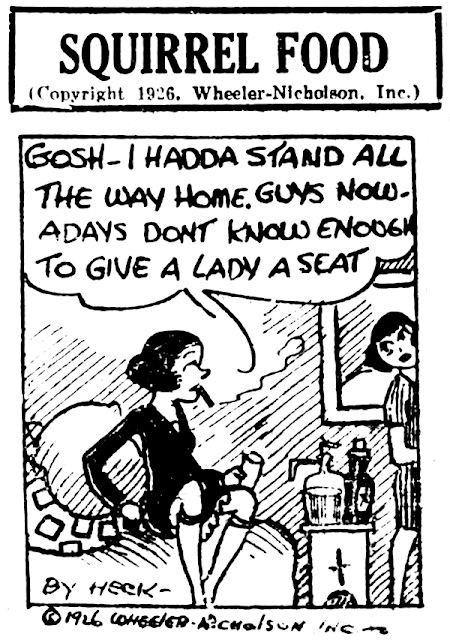 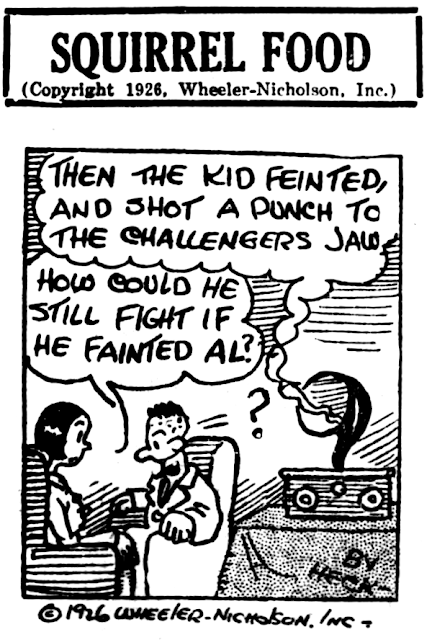 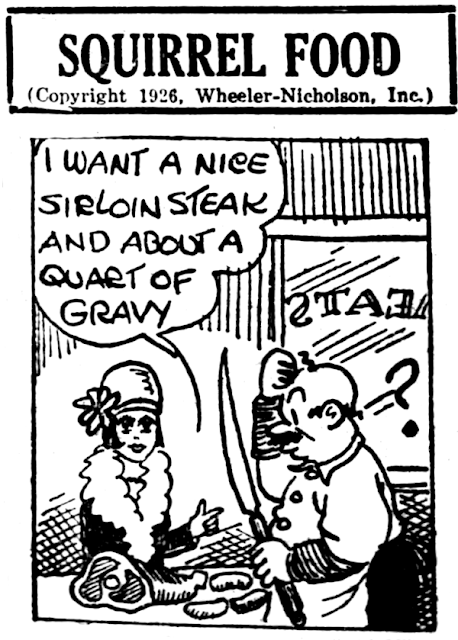 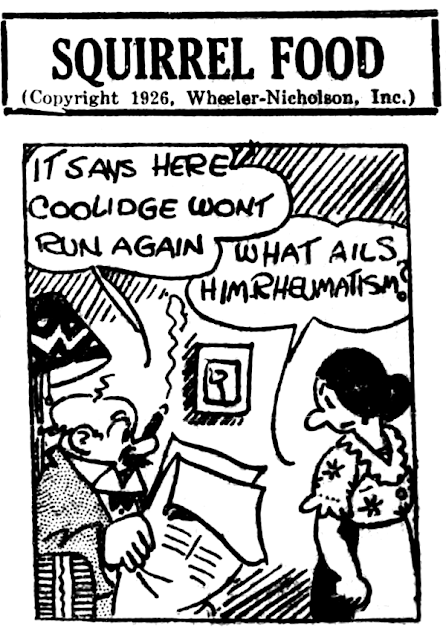 Next up we have Mike O'Kay*, sort of a bright spot on the line-up because although the art is just barely professional, at least the idea is one that hasn't already been through the wringer. Granted, setting a comedy strip in the back woods with an outdoorsman as the titular funnymaker is of questionable merit, but at least we can assume that this is something worth judging on its own two feet, not by comparing it to some much more famous feature.

Mike O'Kay is credited to 'Roberts', and unfortunately I don't have a clue who this might be. Could it be W.O. Roberts, who did a weekly strip called The Life of Christ the next year, or Paul Roberts, who later did a local panel for the Philadelphia Record? I doubt it. Anyone have an idea?

* really, that's the name, though in my samples here the newspaper couldn't seem to get the right title with the right strip 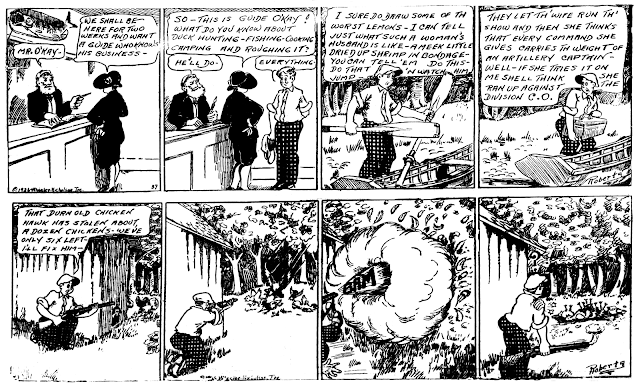 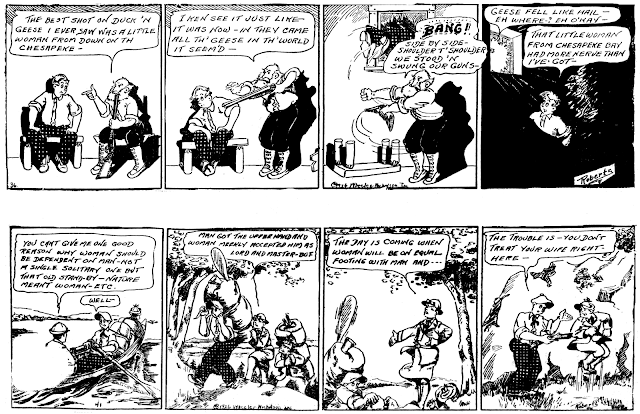 Last but definitely not least today, we have Looney Land, a panel cartoon offering outlandish animals described in humorous poetry. This, for my money, is the best strip or panel offered in Wheeler-Nicholson's The Syndicator. The cartooning is delightful and so is the poetry -- and regular readers know how rarely I positively review comic poetry. It is not technically proficient, granted, but it is bouncy, fun and has genuinely witty wordplay.

If this panel had been produced a decade or two later, we'd be rolling our eyes and accusing cartoonist Jim Navoni of trying to channel Dr. Seuss. But of course the good Doctor hadn't yet produced anything for the world at large to see in 1926, so the accusation is baseless. Perhaps we should accuse Geisel of copying Navoni?

Navoni was also slated to produce Charley the Chump according to the E&P listings back in June. Unfortunately that strip appears never to have seen the light of day.