Today we'll take a second look at Joe Archibald's cartooning work for Wheeler-Nicholson. Unlike most of the rest of the 1926 crew, he'd been at Wheeler-Nicholson practically from the beginning, producing various sports series. We looked over his 1925 series in Part 6 of this series. At that time his series were Champions Past and Present, Lest We Forget the Old Time Stars and The Muscle Movie.

In The Syndicator era, all of these series continued. You have to wonder how much material was just reused, when, for instance, samples of The Muscle Movie still bear 1925 copyright, and copyright years seem to be suspiciously absent from the other features. Here are some samples of his old series that ran in 1926: 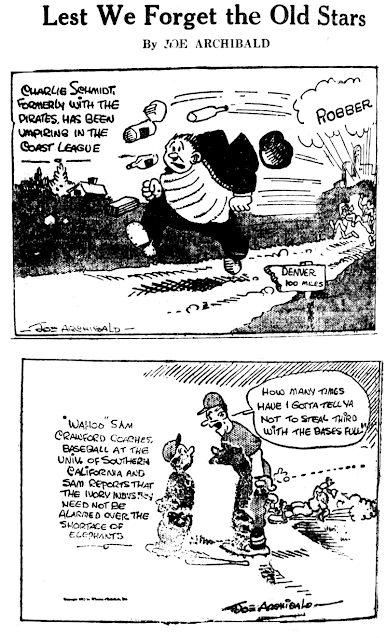 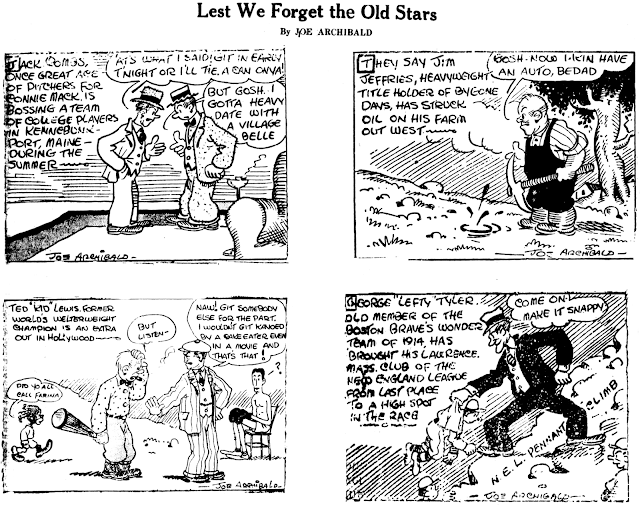 Archibald was also tapped for additional sports material. His new bread and butter sports feature was titled Doing the Sporting Thing. This is definitely not recycled material, because the information is up to date as of mid-1926. It could be run with or without the text block. 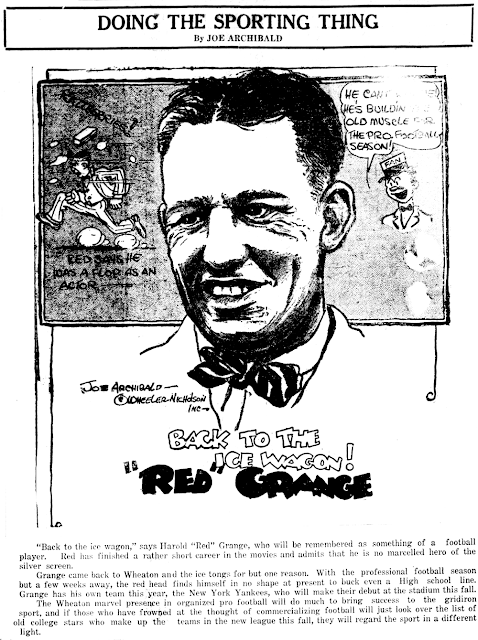 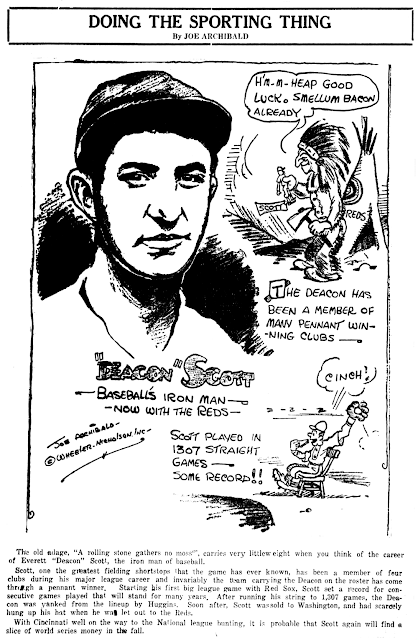 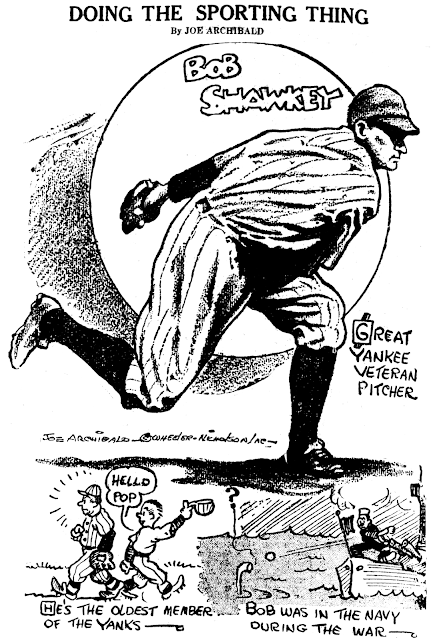 In addition to Doing the Sporting Thing, which focused on capsule bios of sports stars, Archibald was also supplying a true sports editorial cartoon, but either clients weren't interested, or it was rarely produced. Here are the only two examples I can find: 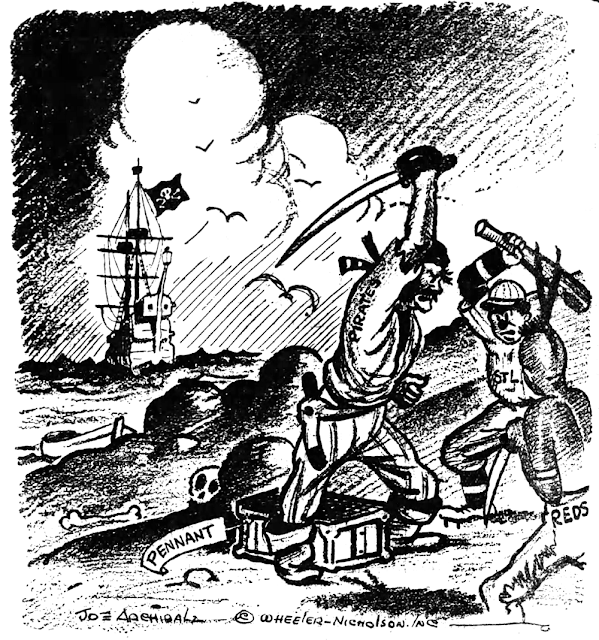 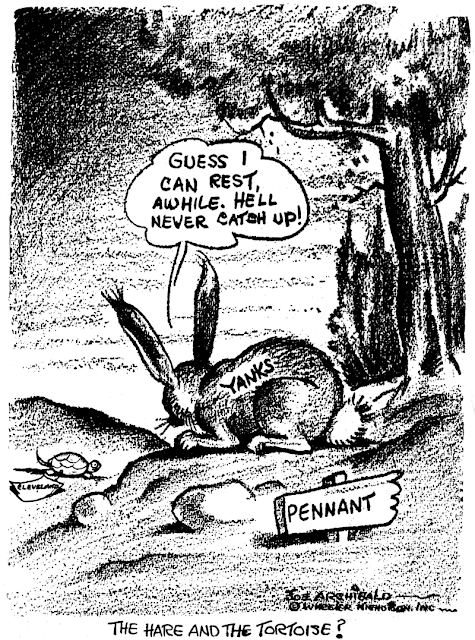 If this weren't enough, Archibald was also given his first and only non-sports assignment for Wheeler-Nicholson, a panel cartoon for the comics page. His feature was titled Why Boys Leave Home, and it's pretty standard Briggs/Webster sort of thing, this one focusing on memories of the less fun aspects of being a kid: 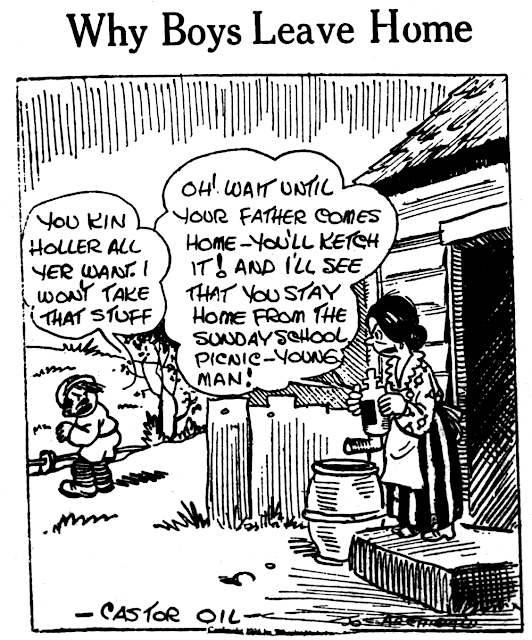 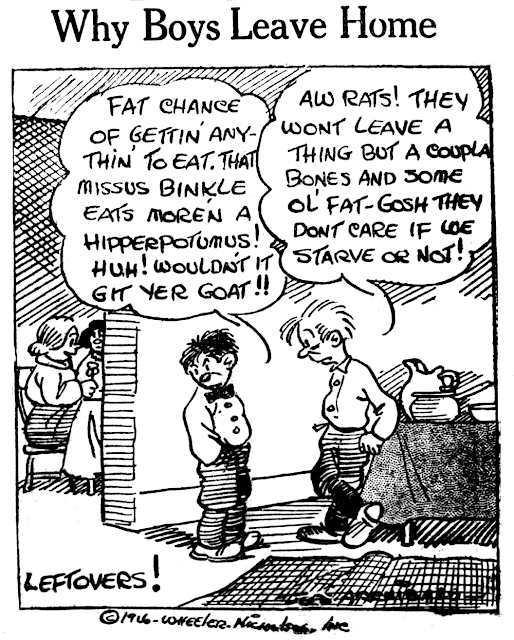 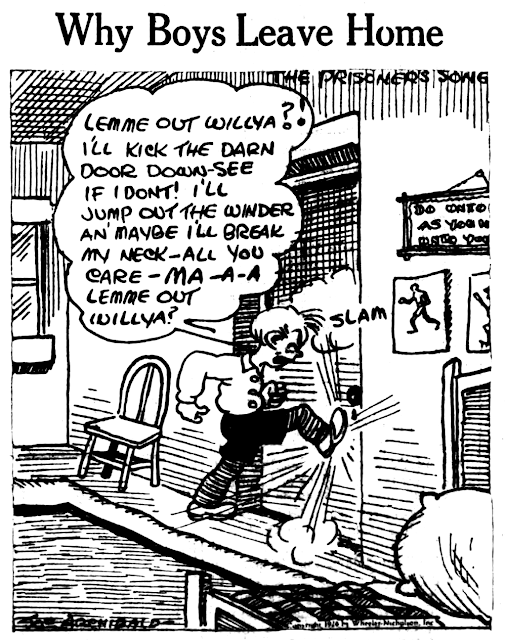 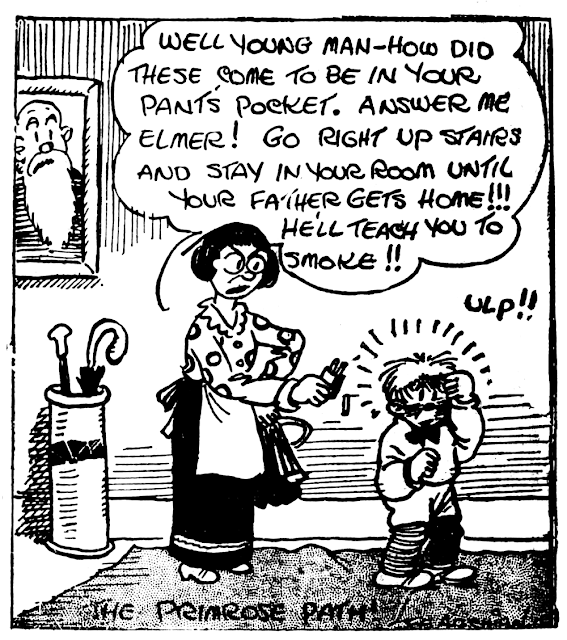 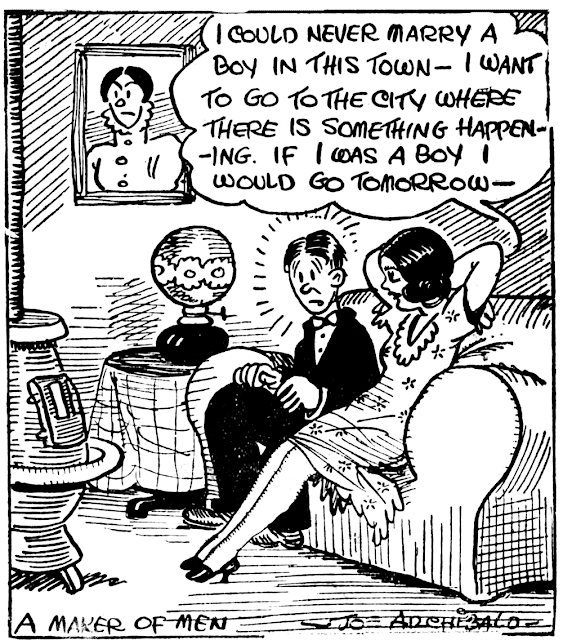 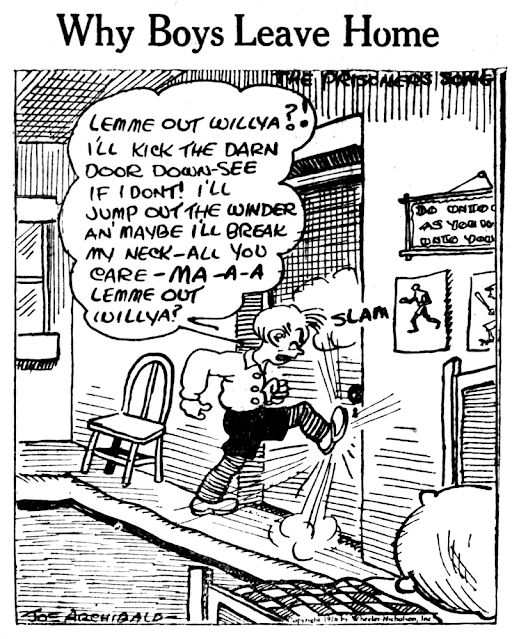