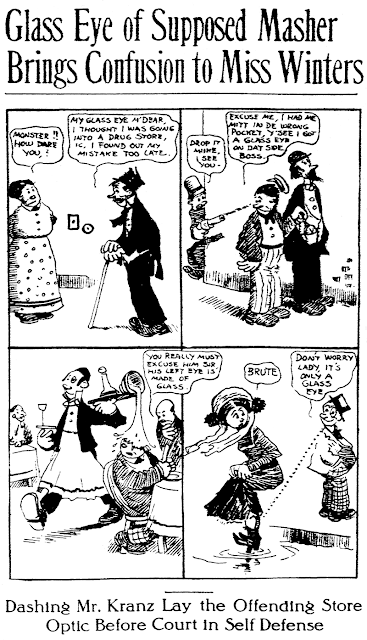 February 25 1910 -- Woe be to the admirer of the feminine form in Los Angeles a hundred years ago. A Mr. John Kranz was hauled into court on charge of being a masher, simply because he was accused of leering at Miss Ella Winters. Miss Winters characterized his stare at her as being "positively desperate." In court Kranz revealed that he had a glass eye, whose supposed stare was entirely beyond the operator's control. The case was dismissed.