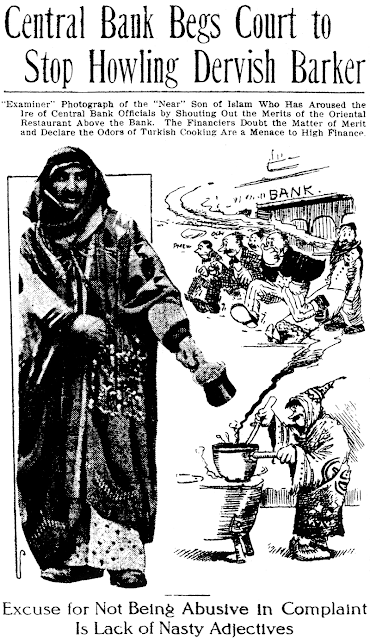 February 27 1910 -- Los Angeles' Central Bank has filed a complaint about the Turkish restaurant that occupies an upper floor of their building. They object most strenuously to the cooking smells that waft down from the place, and they're not too fond of the banging pots and pans, either. But the greatest offense is the fellow in Middle Eastern costume who hawks the restaurant to passers-by in front of the bank. Apparently his energy in so doing is emphatic, loud and assertive to an impressive degree, resulting in the bank's clientele feeling positively harassed.