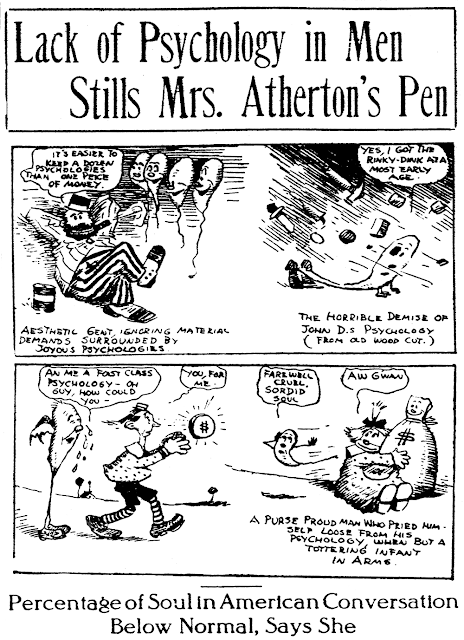 One of California's premier authors of her time, Gertrude Atherton is pretty well forgotten today outside History of American Literature courses. In February 1910 she made a pronouncement that men in the U.S. are so uninteresting from a psychological viewpoint that she would no longer use them as characters in her novels. Whether she actually stood by that resolution I leave as an exercise for readers. She wrote quite a few more novels after 1910, but the titles don't give them away as featuring American males, and that's as far as my research shall go. 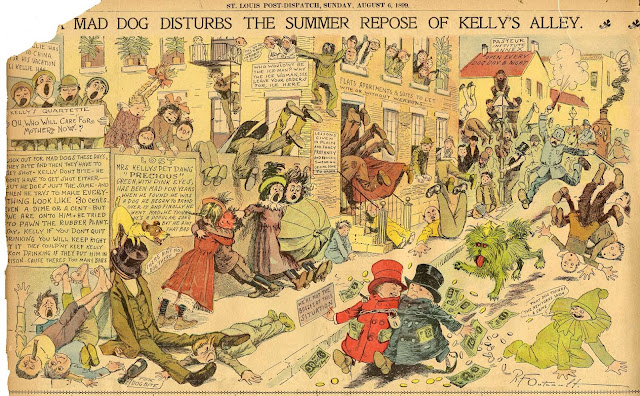 Kelly's Kids comes to an end with no particular fanfare, just a scattering of kids running away from a mad dog. Outcault would take a long semi-vacation after this, penning only a miscellany of minor panels and strips for the section for months on end. The only other series for 1899 (and it may be stretching the definition to call it that) was Persimonville, a little panel series of considerably less ambition than Kelly's Kids starring black characters. Then almost a year after Kelly's Kids ended the short-lived Gallus Coon would be his World swan song. Outcault was moving again, this time to the Herald.

Comments:
What a cacophony! 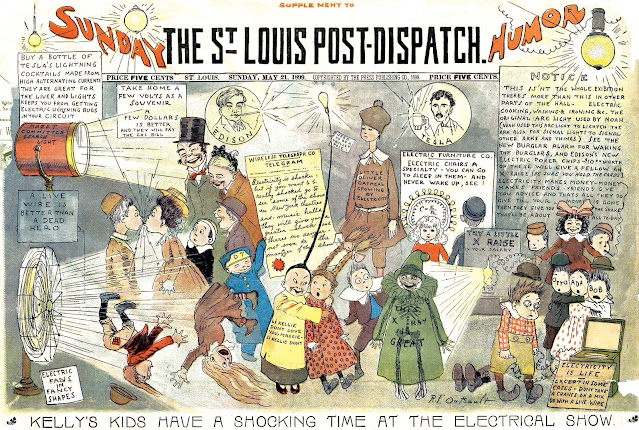 A delightful episode of Kelly's Kids has them learning about the wonders of electricity. How novel was it in 1899? Broadway was first lit up experimentally in 1880, and Edison opened up a power plant in 1882 that could power a whopping 5000 electric lights. By the 1890s some homes were electrified, but probably none in the Kelly's tenement district.

Comments:
Hello Allan-
In the nineteenth century, Electricity was not generally understood by the greater public, it's possibilities were mystifying, and possibly terrifying. In an 1889 PUCK magazine, a cover cartoon showed Electricity as a marauding monster, coming down a street, shooting out lightning bolts, killing people right and left.

Full electrification of our country took a bit longer than people think. My Great-grandfather lived in a large city in New England, but he didn't have electricity installed until 1934. 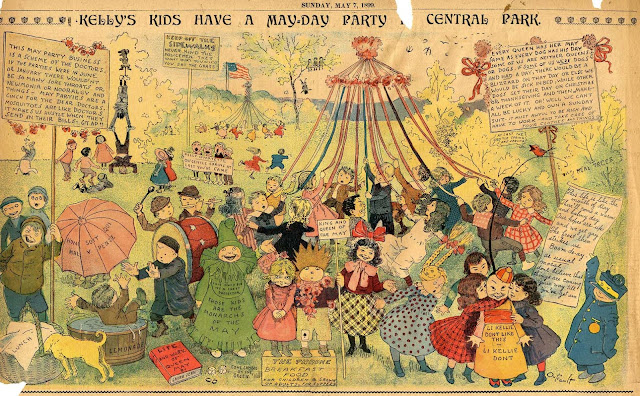 Kelly's Kids have a May Day party in Central Park. Miraculously, the park survived. 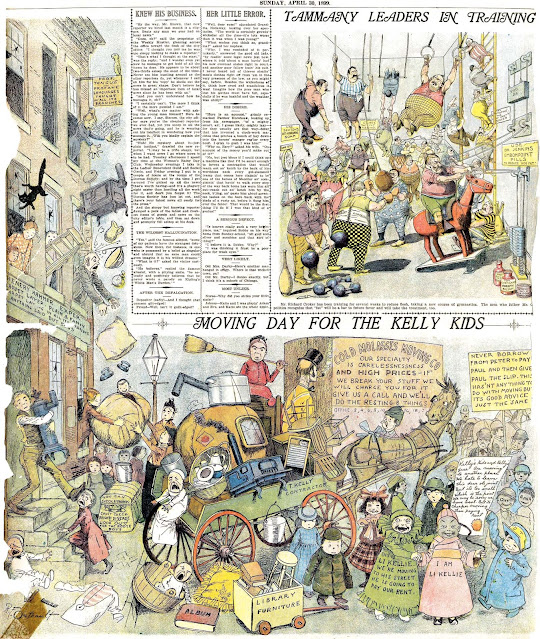 An almost full page extravaganza for the Kelly Kids, and now Li Kellie, who has been featured a few times, is paired with the Green Kid.

Comments:
Hello Allan-
In this sample page we see a McDougall editorial cartoon mocking Boss Croker of Tammany Hall, whom I will assume meant little to St. Louis readers. But the Post-Dispatch got their section was from the parent paper, the New York World, unaltered save for the Masthead and the name cut from the pageheads.
As Pulitzer didn't have a newspaper chain, I've always wondered what their first client paper might've been, or, where the third Pulitzer comic section might've been. 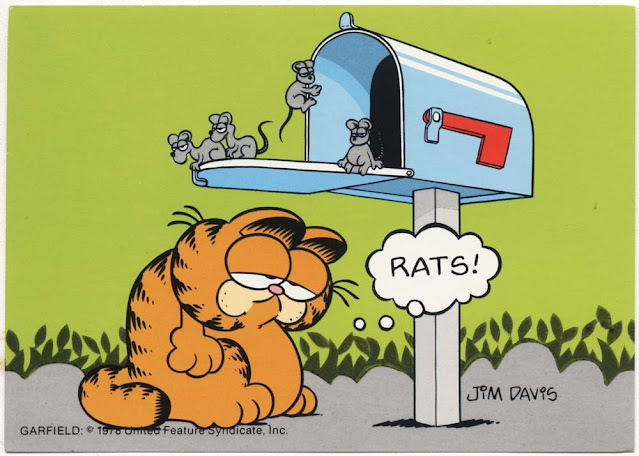 Another Garfield card published by Argus Communications, this one coded P3020.