Robert Charles Harvey was born on May 31, 1937, in Fargo, North Dakota, according to Contemporary Authors, Volume 151 (1996). Harvey was the first-born child of Charles Ernest Harvey and Ellen Elizabeth Morrill who married on November 19, 1932 in Fargo. A 1936 naturalization petition said Harvey’s father was born in Mansfield, England. He arrived in New York City on March 16, 1926. Census records show Harvey’s mother was Canadian.
The 1940 U.S. Federal Census recorded Harvey and his parents in Fargo at 1005 1st Street North. Harvey’s father was an assistant credit manager at an oil company. On October 16, 1940, Harvey’s father signed his World War II draft card. His employer was the Standard Oil Company. The 1945 Fargo city directory had the same address. 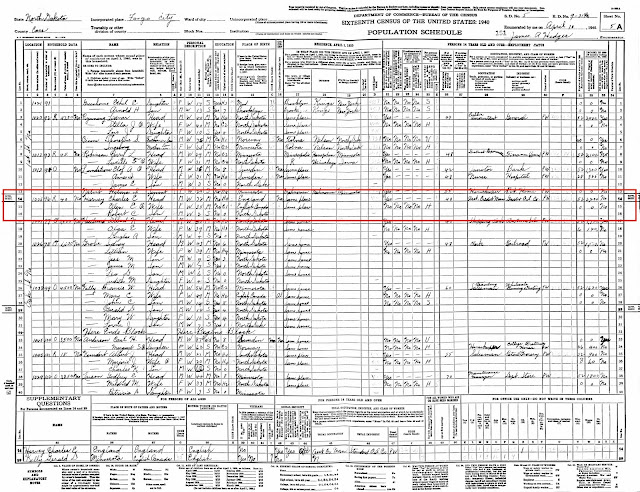 At some point the Harvey family moved to Edgewater, Colorado. The 1950 census said Harvey, his parents and four-year-old sister, Margaret, resided at 2437 Caton. 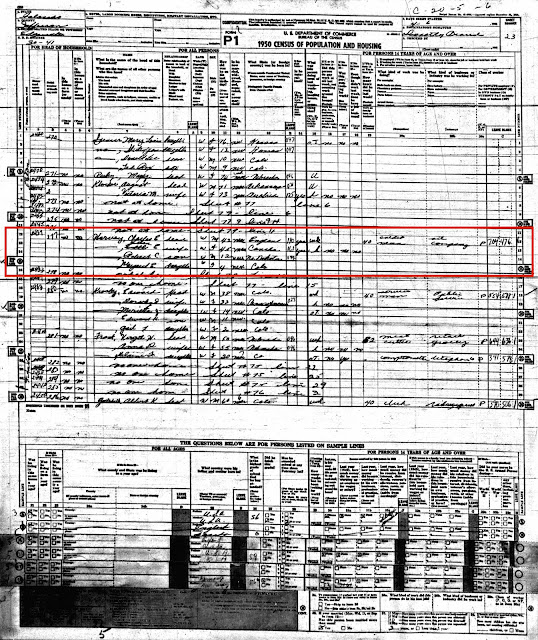 Boy Invents New Comic Strip Hero
Edgewater has its own cartoonist. He’s Robert Charles Harvey, 15, of 2401 Lamar street, who has developed his own comic strip character, “Smokey Smith.”
Bob caught the attention of the managing editor of The Denver Post when the youngster bombarded the newspaper office with requests for originals from his favorite comic strip authors-artists. Each letter carries a colored sketch of “Smokey.”
Bob, a near-straight “A” sophomore at Edgewater high school, has a “studio” (a corner of his bedroom) decorated with original drawings from such big leaguers as Milton Caniff (Steve Canyon), George mcManus (Bringing Up Father) and V.T. Hamlin (Allie Oop). His bureau drawers are bulging with files of clips—gleanings for comic pages and books.
Wants Own Strip
Young Harvey’s dream is to “someday have a strip of my own.” His idol at the moment is Caniff.
Bob began art work early. In first grade he won a poster contest.
Bob uses colored inks, which he applies with brushes, using pens for straight black line work.
“I find brush for black drawing is too slow,” he said.
Bob, an Eagle Scout in troop No. 63 at Edgewater, is financing his trip next summer to the Boy Scout jamboree at Newport, Calif., with free lance art work around Edgewater and Lakewood. After high school he plans to attend the University of Colorado and, later, perhaps an art school.
Bob’s father, Charles E. Harvey, assistant credit manager of the Denver office of the Standard Oil company, is scoutmaster of his son’s troop.

Edgewater Boy Gets CU Award
Robert C. Harvey, 17, son of Mr. and Mrs. Charles E. Harvey of 2401 Lamar St., Edgewater, has been awarded a scholarship to the University of Colorado by the U.C. Denver Area Alumni Assn., officials announced Wednesday.
Harvey, who will major in journalism, was top student and valedictorian of this year’s graduating class at Edgewater high school. He was graduated with a straight “A” average for four years.
Editor of the student newspaper during his senior year, he has been active on the student council and yearbook staff. He is an Eagle Scout and president of the youth group at All Saints Episcopal Church. 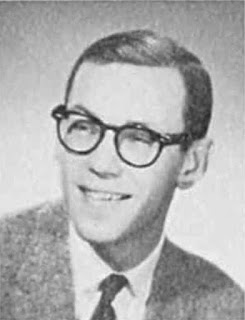 … He began cartooning at about the age of seven. He blamed his father: “A talented artist himself, my father used to draw Disney characters for me. Once I asked him to copy a cartoon character I saw in a comic book, and he, being busy at that moment, said: ‘Draw it yourself.' And so I did. And have been drawing by myself ever since, for over 77 years at the last accounting.”
Harv was the school cartoonist in high school and the campus cartoonist in college. In the Navy, he was the All-Navy Cartoonist one year, and the next, he was at sea, drawing cartoons in the monthly magazine of the USS Saratoga, a giant aircraft carrier, where he was otherwise occupied as disbursing officer. …

The Register of Commissioned and Warrant Officers of the United States Naval and Reserve, July 1, 1967, had Harvey’s service from March 3, 1960 to October 1, 1964. Harvey was a lieutenant.
Harvey was an English teacher at Wyandotte High School, in Kansas City, Kansas, from 1964 to 1969. He obtained his Master of Arts degree at New York University in 1968. Ten years later Harvey earned his Ph.D. at the University of Illinois, Champaign.
A marriage announcement appeared in the Globe-Gazette (Mason City, Iowa), January 19, 1971.

To wed Jan. 31
Riceville—Jan. 31 is the date chosen by Miss Linda Kubicek, daughter of Mr. and Mrs. Carl Kubicek of Riceville, and Robert Harvey, son of Mr. and Mrs. Charles E. Harvey of Denver, Colo. The ceremony will be in the Wesley Methodist Church at Urbana, Ill. The bride and her fiancé are employed by the National Council of Teachers of English ERIC [Educational Resources Information Center] Project at Champaign, Ill. 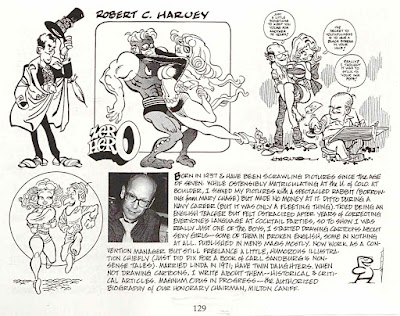 Harvey tried his hand at drawing gag cartoons for men’s magazines.
Harvey’s first comics column began in the fall of 1973 for the weekly Menomonee Falls Gazette. Two years later, his Comicopia column debuted in number 130 of the Rocket’s Blast-ComiCollector. For RB-CC, he created the superhero, Zero Hero.
In March 1980, Harvey was a contributor to The Comics Journal starting in issue number 54 and continued regularly for over 40 years.
Harvey was an associate editor of the magazine, Inks: Cartoon and Comic Art Studies.
Harvey’s books include The Art of the Funnies: An Aesthetic History (1994); The Art of the Comic Book: An Aesthetic History (1996); Children of the Yellow Kid: The Evolution of the American Comic Strip (1998); The Genius of Winsor McCay (1998); A Gallery of Rogues: Cartoonists’ Self-caricatures (1998); Accidental Ambassador Gordo: The Comic Strip Art of Gus Arriola (2000); Milton Caniff: Conversations (2002); The Life and Art of Murphy Anderson (2003); Meanwhile: A Biography of Milton Caniff, Creator of Terry and the Pirates and Steve Canyon (2007); and Insider Histories of Cartooning: Rediscovering Forgotten Famous Comics and Their Creators (2014).
Harvey passed away on July 7, 2022.
Further Reading
R.C. Harvey, The Whole Sordid Story
The Comics Journal, Robert C. Harvey, Comics Chronicler, Critic, Cartoonist and Raconteur Dies at 85
Comic Book Resources, Comic Historian and Cartoonist RC Harvey Dies at 85
The Daily Cartoonist, Robert C. Harvey—RIP
Lambiek Comiclopedia