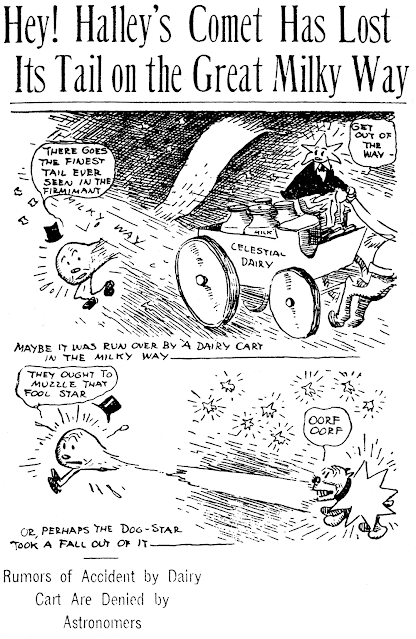 April 17 1910 -- It's 1910, and that means Halley's Comet is on the way! Admonitions from the more cool-headed astronomers are constant that the comet will be practically invisible to those without professional telescopes until May. But that doesn't slow anyone down, since the whole world is champing at the bit to see the comet, and there are those who seek notoriety for early sightings. Some 'astronomers', and I use the term loosely, are crowing that the comet has lost its tail, when in fact they simply don't have telescopes that are capable of seeing it yet. Herriman offers a few rigorously scientific explanations for the loss of the tail.