Halloween Obscurity of the Day: Homer 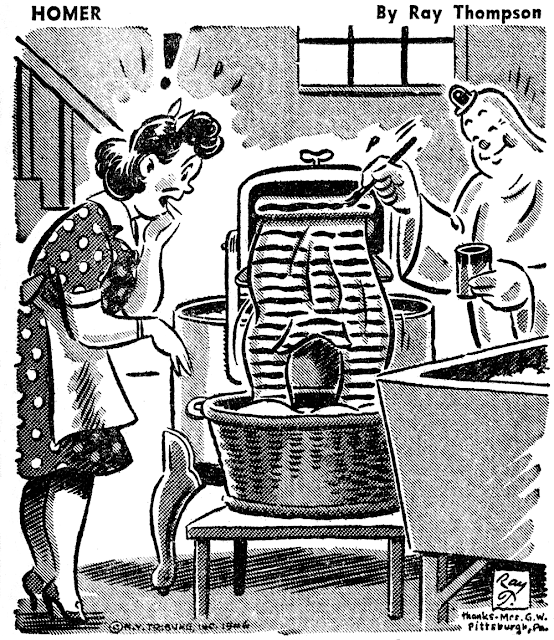 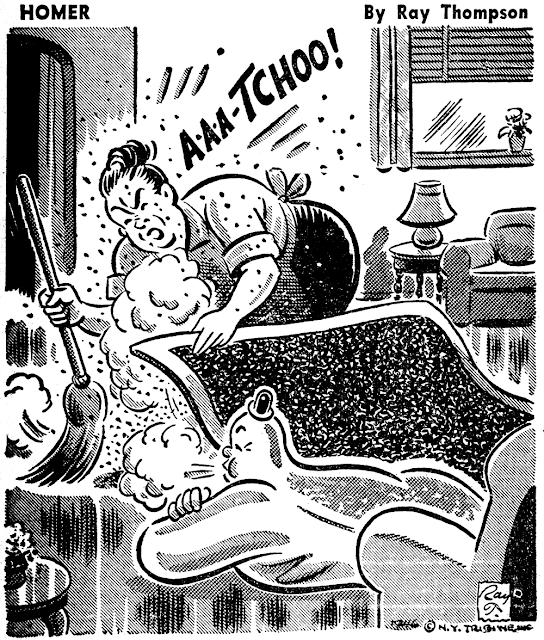 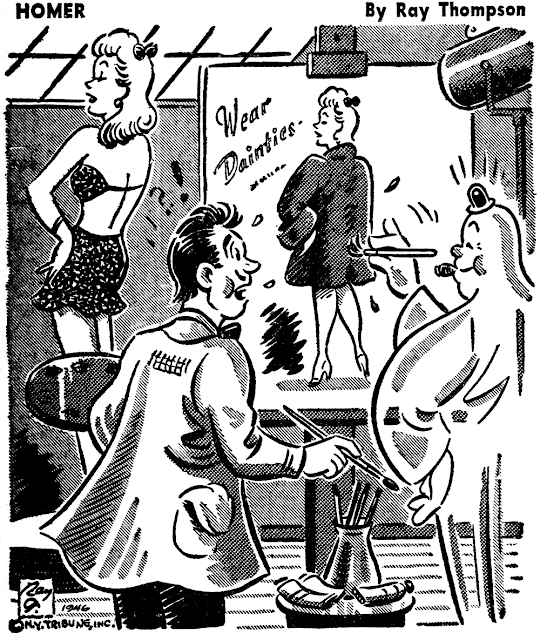 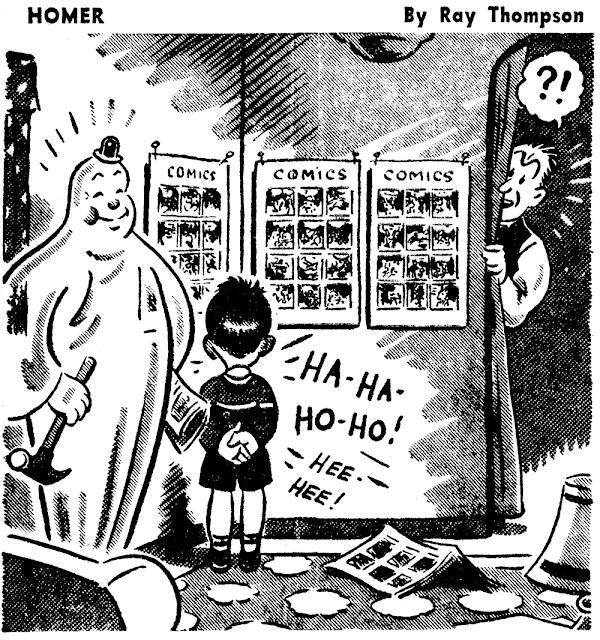 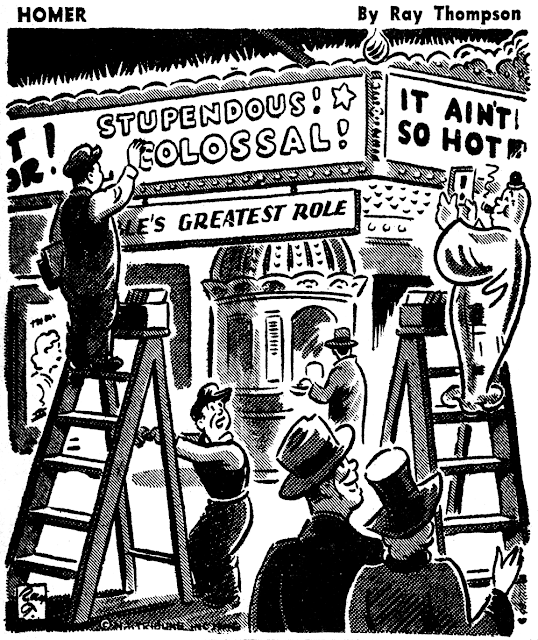 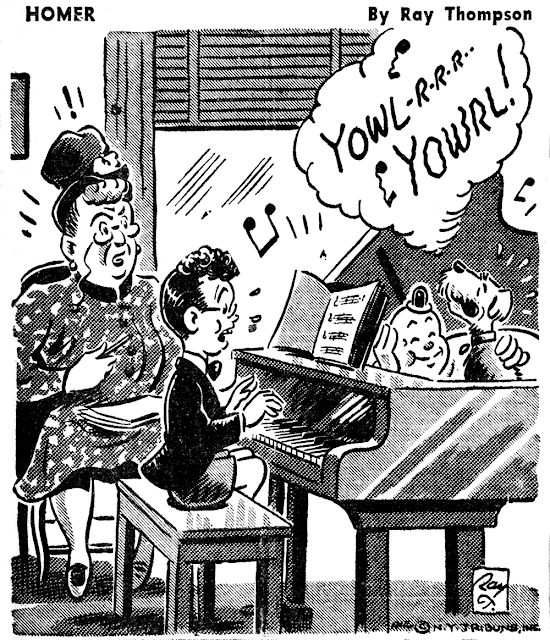 Homer may have been a ghost, but he seldom inspired fear. His particular brand of haunting behavior was to play mild practical jokes, more lilely to inspire grins than screams. In fact, some of his tricks are beneficial, like warning movie-goers about a stinker of a film before they waste their money (above). Homer could even on occasion be downright prudish -- he had a penchant for slap-on-the-wrist punishments for even mildly bad behavior.

Ray Thompson was repsonsible for Homer, a pantomime single-panel daily that debuted on July 2 1945* through the auspices of the New York Tribune syndicate. Papers that signed up often improved the title of the feature by renaming it Homer the Invisible, Hauntin' Homer, or Homer Did It. Thompson was a journeyman cartoonist who had a few of his own features in the 20s and thirties, collaborated as writer on Myra North Special Nurse and ghosted Somebody's Stenog for awhile.

Homer had some high-profile newspaper clients, but evidently not enough to make Thompson or his syndicate happy. The panel feature was exorcised from newspapers on August 30 1947**, just a little more than a two year run.

Later Thompson apparently found employment as cartoonist on bubble-gum comics The Dubble Bubble Kids, and then as a writer of non-fiction.

Comments:
A comic about a ghost named Homer? I wondered if this was a passing inspiration for Atlas/Marvel's Homer the Happy Ghost in the 1950s?