Richard Neil “Dick” Bibler* was born on June 14, 1922, in Elkhart, Kansas, according to his World War II draft card which included his full name. In the 1930 U.S. Federal Census, Bibler and his parents, Marcus and Elva, resided in Elkhart. His father was a dentist.

According to the 1940 census the Bibler family had increased to six with the addition of three daughters. Bibler worked as a waiter at a lunch counter.

During World War II Bibler enlisted on May 16, 1942 in the Army Air Corps. He assigned to the Seventh Army Air Force. In March 1944 he was admitted to a hospital to treat impetigo contagiosa.

Bibler contributed cartoons to the Brief, a weekly magazine of the Seventh Army Air Force in the Pacific Theater. The magazine also published Kin Platt’s cartoons. 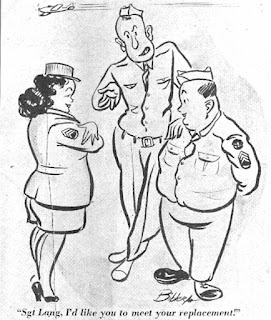 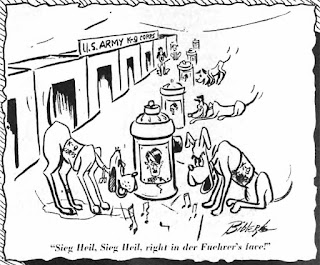 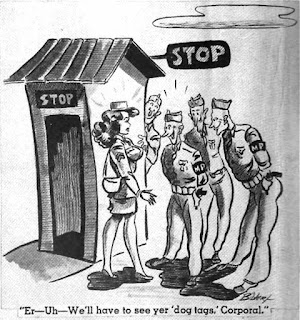 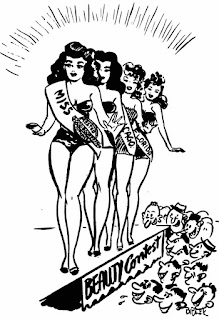 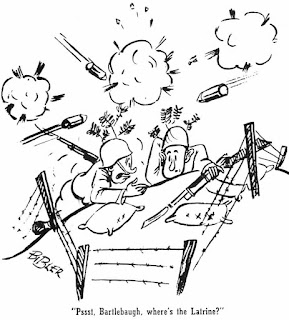 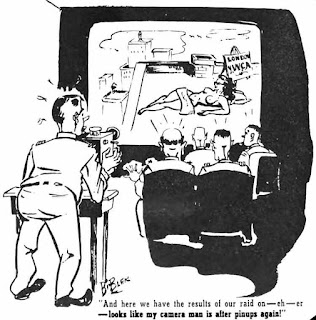 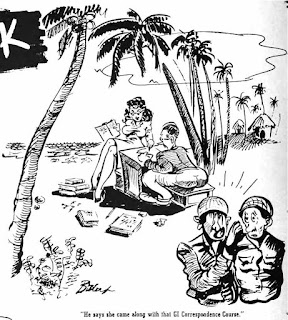 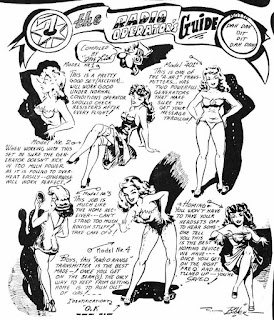 Discharged from service Bibler enrolled in the University of Kansas. One of his classmates was Paul Coker. Bibler graduated with the class of 1950. 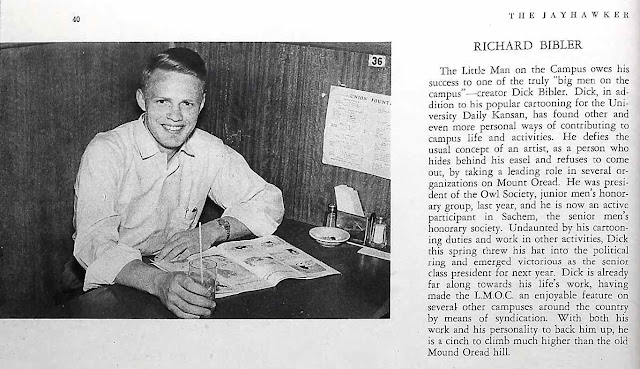 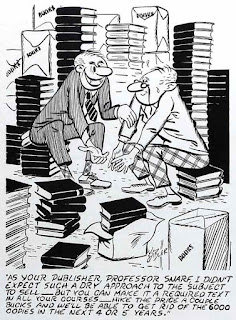 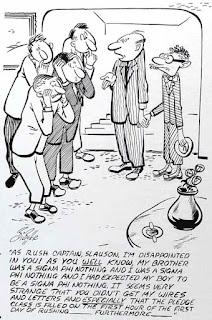 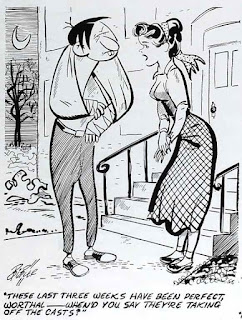 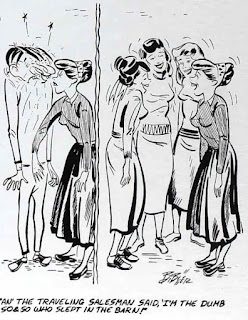 American Newspaper Comics (2012) said Little Man on Campus appeared in college newspapers as early as 1946, first in the Daily Kansan, and continued into the 1950s. The panel ran in some mainstream newspapers in the 1960s.


Presently, Bibler is an assistant professor in the art department at Humboldt State College, Arcata, California. He admits to a “beautiful blonde wife,” two daughters, and a son. He notes proudly that his son is already scribbling cartoons about guys flunking biology.


Bibler was an art instructor at the Monterey Peninsula College in California. He was profiled in the school newspaper, The Word, on November 3, 1967. 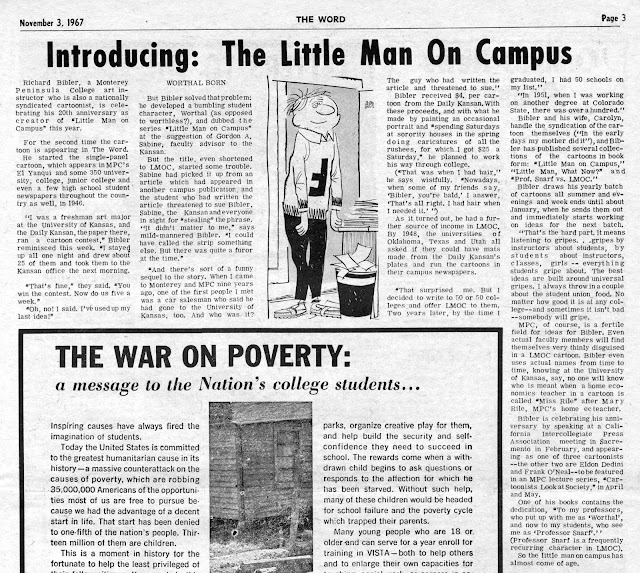 
Richard N. Bibler died peacefully in his sleep May 24, 2013. He was a retired Art professor of 30 years at Monterey Peninsula College and creator of Little Man on Campus cartoons. Richard is survived by his children, Ms. Susan Gardner, Dr. Mark Bibler and Ms. Ellen Milinich. His ashes will be placed in the cemetery in Monterey.


He was laid to rest at the Monterey City Cemetery.

• Not to be confused with Richard C. Bibler who was mistaken for Richard N. Bibler in Artists in California, 1786–1940 by Edan Hughes.