Robert "Bob" Kuwahara was born in Tokyo, Japan on August 12, 1901, according to Kuwahara's biographical sketch at the In Memoriam page of the National Cartoonists Society (NCS) website. Wikipedia said his Japanese name was Rokuro. The NCS bio said he, "…came to good ol' U.S.A. in 1910…held a book upside down the first day in school but managed to get away with a sheepskin from the Los Angeles Polytechnic High School in 1921…" Asian American Art, 1850-1970 (2008) said he lived in Santa Barbara, California from 1910 to 1914, then in Los Angeles. The newsletter, Santa Anita Pacemaker (California), July 1, 1942, published "Former Studio Artist Now Supervises Art Classes" which said, "…Kuwahara got his start as a cartoonist for the Poly Optimist, a Los Angeles high school newspaper. He attended the Otis Art institute then went to New York where he did portrait work for well-known book publishers."


The 1920 U.S. Federal Census recorded Rokuro Kuwahara in Los Angeles at 138 Carr Street. He was the youngest of six children born to Yusho and Yoshio. His father operated a laundry. According to the NCS bio, "…followed 7 years of drawing and painting at the Otis Art Institute in Los Angeles…off to New York in May, 1929 for a fling at commercial art…Crash!…You know what happened in 1929…"


…worked as an editor of the English section of the Rafu Nichi-Bei newspaper. After resigning from the Rafu Nichi-Bei in 1929, Kuwahara held a successful solo-exhibition of pastel portraits and pen sketches at the Olympic Hotel in Los Angeles and sold thirty-two pieces. The Rafu Shimpo newspaper reproduced two of Kuwahara's sketches…with a review of the show….Shortly after this success, Kuwahara moved to New York City to work as a freelance portraitist and artist for various book publishers.


In the 1930 census he lived in the Bronx, New York at 950 Woodycrest Avenue, apartment B25. He was a commercial artist. His roommate, Thomas Hayakawa, was a translator. His drawing of Ralph Waldo Emerson was recorded in the Catalogue of Copyright Entries, Part 4, Works of Art, Etc. 1930 New Series, Volume 25, Number 3. The New York Times, April 3, 1932, published a portrait of Emerson by Kuwahara. The portrait was copyrighted by William Edwin Rudge, a book publisher, who produced an Emerson book, Uncollected Lectures, in 1932. Evidently, Kuwahara's drawing was based on a photograph. 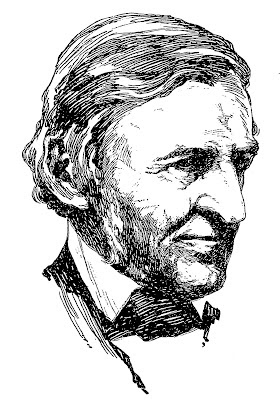 According to Asian American Art he returned to California in 1931. In Los Angeles, he found work in animation and married Julia Suski, a musician and graphic designer for the Rafu Shimpo. At NCS, Kuwahara wrote that he "went crawling back home and to work for Walt Disney in 1932. Then off to M.G.M. in 1937…" Some of his Disney credits are at The Encyclopedia of Disney Animated Shorts. Asian American Art said, "…Chris Ishii, Tom Okamoto, Tyrus Wong, Milton Quon, Wah Ming Chang, James Tanaka, Robert Kuwahara, and Gyo Fujikawa all worked for Disney at some point in the pre-World War II period…" 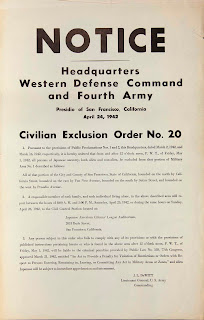 His mother passed away April 3, 1940, according to the California Death Index at Ancestry.com. After the bombing of Pearl Harbor, life for the Japanese on the West Coast was in upheaval. Tens of thousands of American citizens were removed from their homes and sent to camps under military supervision. Asian American Art said:


During internment, Kuwahara and his family were held first at the Santa Anita Assembly Center and then at Heart Mountain Relocation Center in Wyoming. Kuwahara's accomplishments were well known to camp supervisors. While at Santa Anita, Kuwahara was allowed to teach art classes twice a week.

During the relocation to Heart Mountain, Asian American Art said he collaborated with a group of "Nisei artists that included Hideo Date, Riyo Sato, and Benji Okubo….they practiced their craft, taught art classes to the residents, and displayed their works in shows….In 1943, Kuwahara exhibited a collection of watercolors at the Chicago branch of the American Friends Service Committee." With his release in 1943, he moved to Chicago to work as a commercial artist. The Catalog of Copyright Entries, Part 1, Group 2, Pamphlets, Etc. 1944 New Series, Volume 41, Number 12 had the following entry.

At NCS, Kuwahara said, "…we finally resettled in Larchmont, N.Y. in 1945. Did a comic strip "Miki" for G.M. Adams Service for 5 years but couldn't pull up it's circulation…gave it up and went to work for Paul Terry in 1950…Paul sold out to C.B.S. in 1955…studio is now known as Terrytoons-CBS…" According to Asian American Art, he lived in New Rochelle, New York, from 1945 to 1950, before settling in Larchmont. Terry's name was credited to the comic strip Barker Bill, but it was ghosted by Kuwahara. The Winnipeg Free Press published the strip beginning September 27, 1954 (below). Tralfaz has the first week here. Mark Kausler's CatBlog has more strips here and here. (Use the search box for more Barker Bill strips.)

On December 24, 1955, Editor & Publisher announced the five winners in "United Feature Syndicate's $10,000 Talent Comics Contest." Kuwahara's Marvelous Mike was one of them. Also a winner was Little Brave by Thomas Okamoto, who was interned at the Santa Anita Assembly Center. When the Sunday Herald (Connecticut), February 12, 1956, reported the winners of the contest, Okamoto used the pseudonym, Tom Mako. Marvelous Mike strips can be viewed here (first two weeks) and here (final week). Mark Kausler's CatBlog has the entire run of Marvelous Mike. It begins here and continues for 75 posts.

Lastly at NCS, Kuwahara said about himself, "…Hobby: Golf, what else?…Sport: Golf, What else? Most frustrating game I know…but, dammit, I love it!!" He passed away December 10, 1964, in Larchmont, according to Asian American Art. The Social Security Death Index said his wife passed away September 20, 1996. The couple were among the over one million names placed on the STARDUST spacecraft, launched in 1999.

Comments:
The situation for Bob Kuwahara was different than for most Japanese-American internees. Because he was born in Tokyo he not only wasn't a US citizen, he couldn't become a US citizen under the Naturalization Act of 1790 which restricted naturalization to "free White persons of good character." Thus, unlike most of the people interred on the west coast, he technically really was an enemy alien since he born in Japan of Japanese parents. That particular provision of the Naturalization Act lasted until 1952.